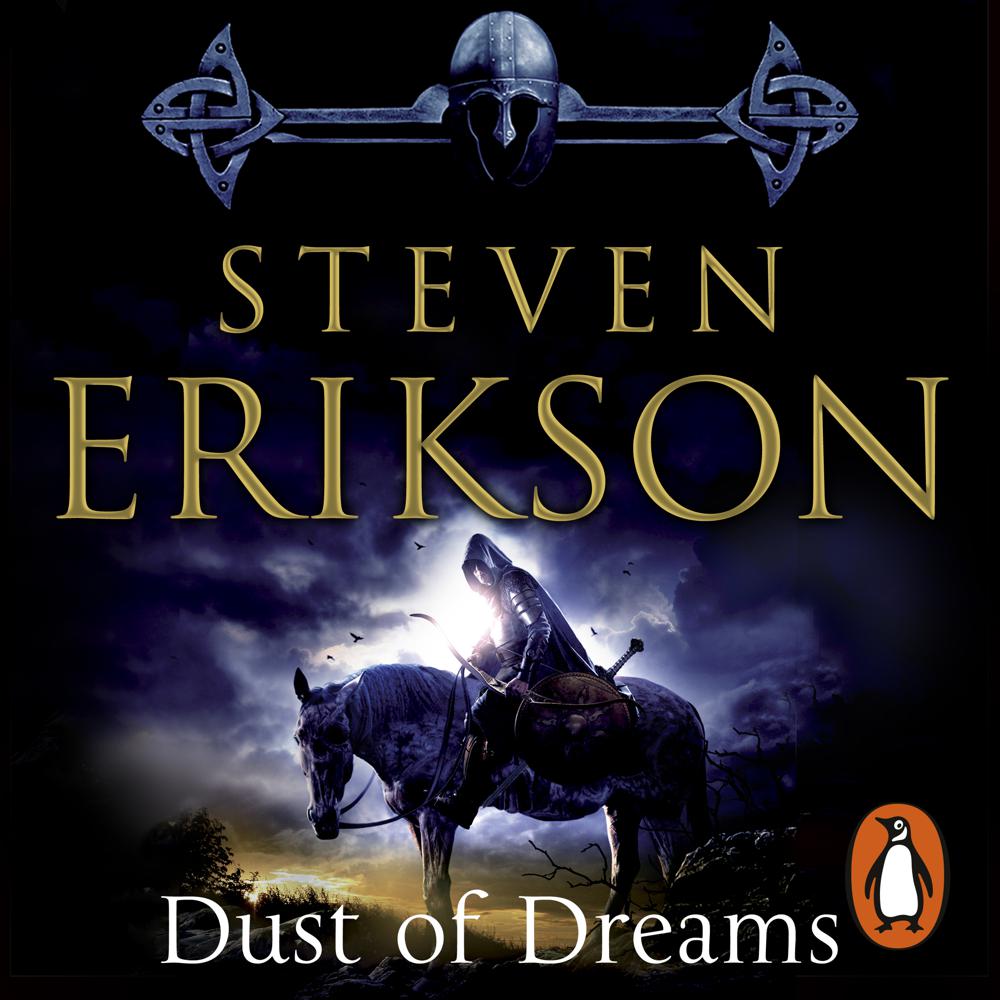 Random House presents the audiobook edition of Dust of Dreams: The Malazan Book of the Fallen 9 by Steven Erikson, read by Michael Page.

On the Letherii continent the exiled Malazan army commanded by Adjunct Tavore begins its march into the eastern Wastelands, to fight for an unknown cause against an enemy it has never seen.

The fate awaiting the Bonehunters is one no soldier can prepare for, and one no mortal soul can withstand - the foe is uncertainty and the only weapon worth wielding is stubborn courage.In war everyone loses, and this brutal truth can be found in the eyes of every soldier in every world.

Destinies are never simple.Truths are neither clear nor sharp.The Tales of the Malazan Book of the Fallen are drawing to a close in a distant place, beneath indifferent skies, as the last great army of the Malazan Empire seeks a final battle in the name of redemption. Final questions remain to be answered: can one's deeds be heroic when no one is there to see it? Can that which is unwitnessed forever change the world? The answers await the Bonehunters, beyond the Wastelands...