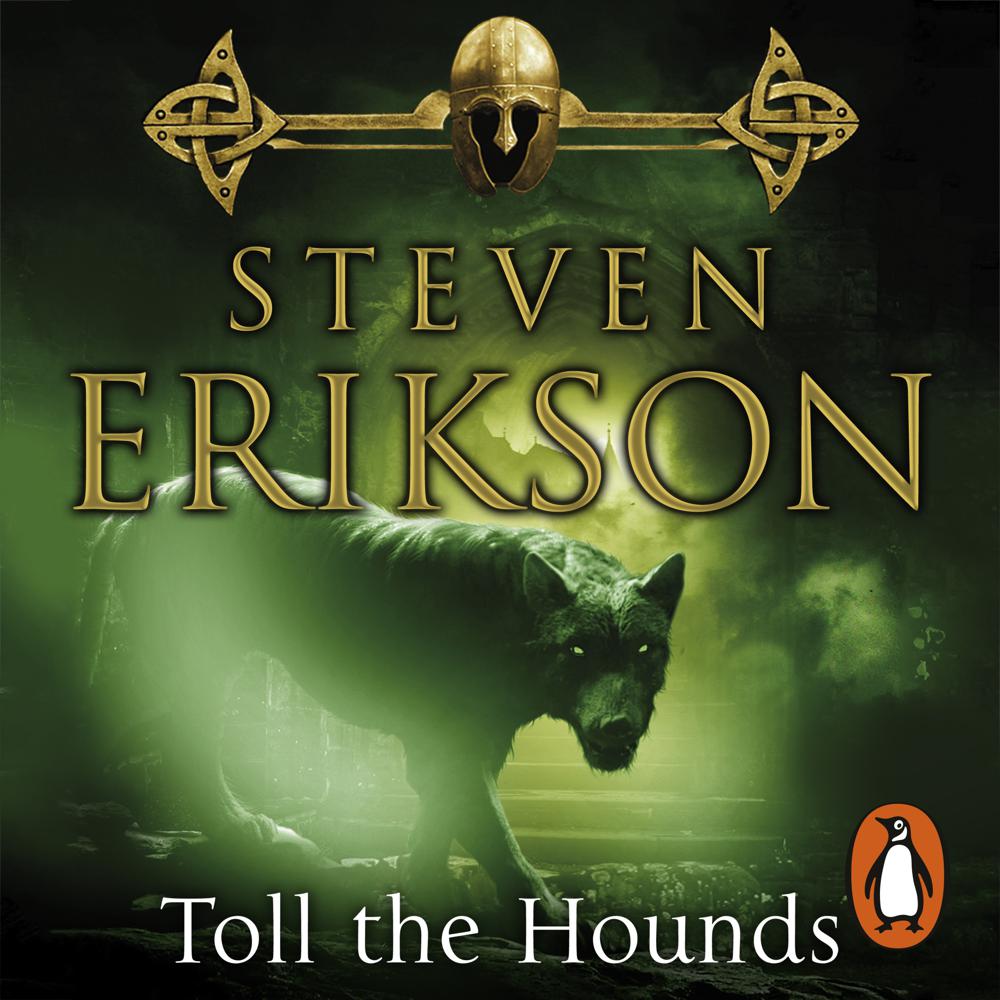 Random House presents the audiobook edition of Toll the Hounds: The Malazan Book of the Fallen 8 by Steven Erikson, read by Michael Page.

In Darujhistan, the saying goes that Love and Death shall arrive together, dancing...
It is summer and the heat is oppressive, yet the discomfiture of the small rotund man in the faded red waistcoat is not entirely due to the sun. Dire portents plague his nights and haunt the city's streets like fiends of shadow. Assassins skulk in alleyways but it seems the hunters have become the hunted. Hidden hands pluck the strings of tyranny like a fell chorus. Strangers have arrived, and while the bards sing their tragic tales, somewhere in the distance can be heard the baying of hounds. All is palpably not well. And in Black Coral too, ruled over by Anomander Rake Son of Darkness, something is afoot - memories of ancient crimes surface, clamouring for revenge, so it would seem that Love and Death are indeed about to make their entrance...
This is epic fantasy at its most imaginative, storytelling at its most exciting.