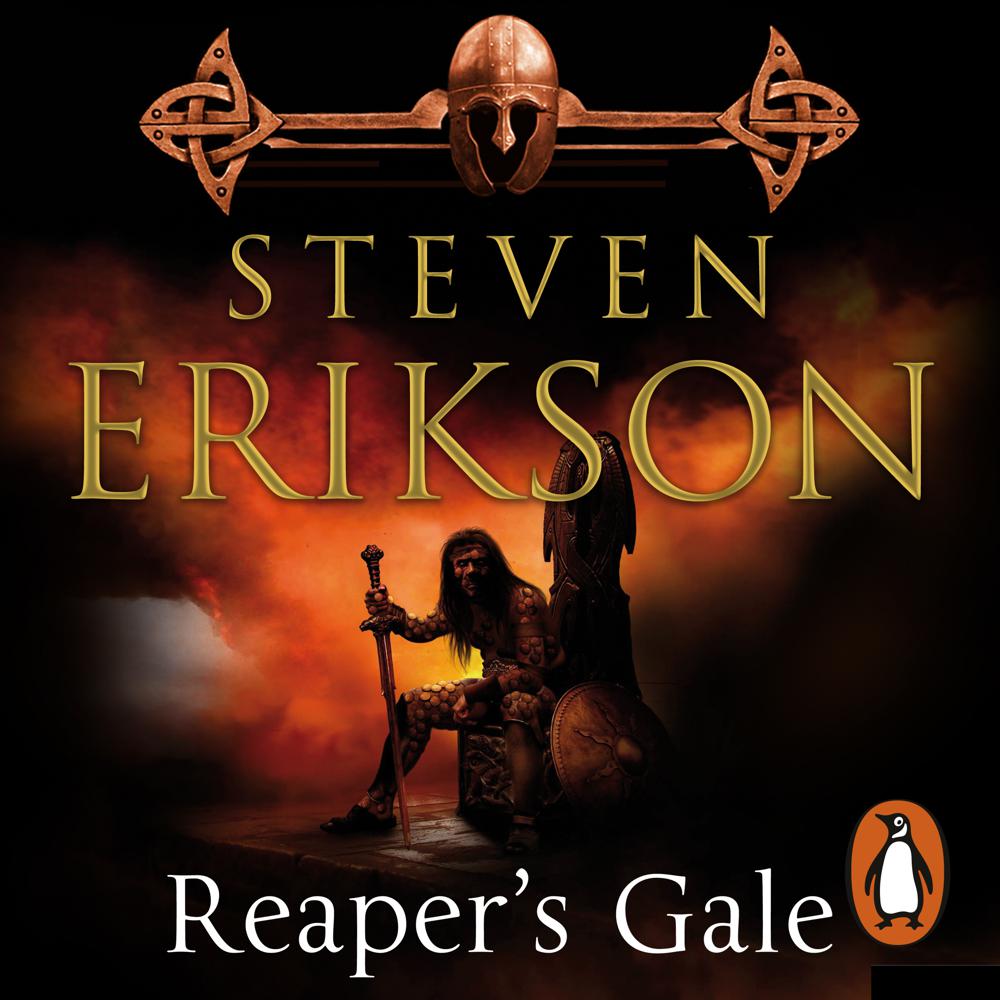 Random House presents the audiobook edition of Reaper's Gale: The Malazan Book of the Fallen 7 by Steven Erikson, read by Michael Page.

All is not well in the Letherii Empire. Rhulad Sengar, the Emperor of a Thousand Deaths, spirals into madness, surrounded by sycophants and agents of his Machiavellian chancellor, while the Letherii secret police conduct a campaign of terror against its own people. The Errant, once a farseeing god, is suddenly blind to the future. Conspiracies seethe throughout the palace, as the empire - driven by the corrupt and self-interested - edges ever-closer to all-out war with the neighbouring kingdoms. And the great Edur fleet - its warriors selected from countless peoples - draws ever closer. Amongst them are Karsa Orlong and Icarium Lifestealer - each destined to cross blades with the emperor himself. That yet more blood is to be spilled is inevitable... Against this backdrop, a band of fugitives seek a way out of the empire, but one of them, Fear Sengar must find the soul of Scabandari Bloodeye. It is his hope that it might help halt the Tiste Edur, and so save his brother, the emperor. Yet, travelling with them is Scabandari's most ancient foe: Silchas Ruin, brother of Anomander Rake. And his motives are anything but certain - for the wounds he carries on his back, made by the blades of Scabandari, are still fresh. Fate decrees that there is to be a reckoning, for such bloodshed cannot go unanswered - and it will be a reckoning on an unimaginable scale...
A brutal, harrowing novel of war, intrigue and dark, uncontrollable magic, this is epic fantasy at its most imaginative, storytelling at its most thrilling.

Extraordinarily enjoyable...Erikson is a master of lost and forgotten epochs, a weaver of ancient epics.

This series has clearly established itself as the most significant work of epic fantasy since Stephen R. Donaldson's Chronicles of Thomas Covenant.

I stand slack jawed in awe of The Malazan Book of the Fallen. This masterwork of imagination may be the high watermark of epic fantasy.

This is true myth in the making, a drawing upon fantasy to recreate histories and legends as rich as any found within our culture.