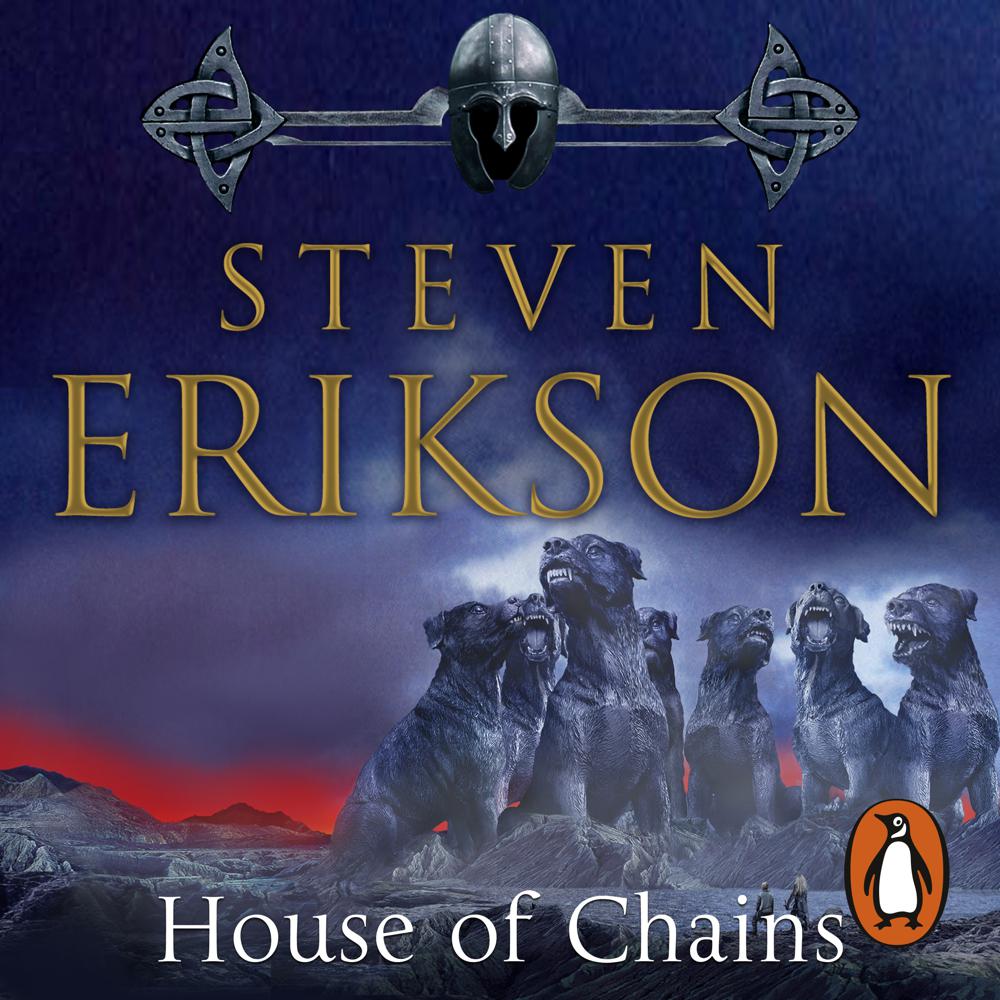 Random House presents the audiobook edition of House of Chains: Malazan Book of the Fallen 4 by Steven Erikson, read by Michael Page.

In Northern Genabackis, before the events recounted in Gardens of the Moon, a raiding party of savage tribal warriors descend from the mountains into the flat lands. For one among them, Karsa Orlong, it marks the beginning of what will prove an extraordinary destiny.

Some years later, it is the aftermath of the Chain of Dogs. Coltaine is dead. And now the untried new Adjunct, Tavore, must urgently raise an army able to withstand the forces of the Sha'ik's Whirlwind that are massing in Raraku, the few remaining veterans from Coltaine's march her only hope . . .

So begins the epic new novel of war, intrigue, magic and betrayal from a writer now acknowledged as one of the most original, imaginative and exciting storytellers in modern fantasy.