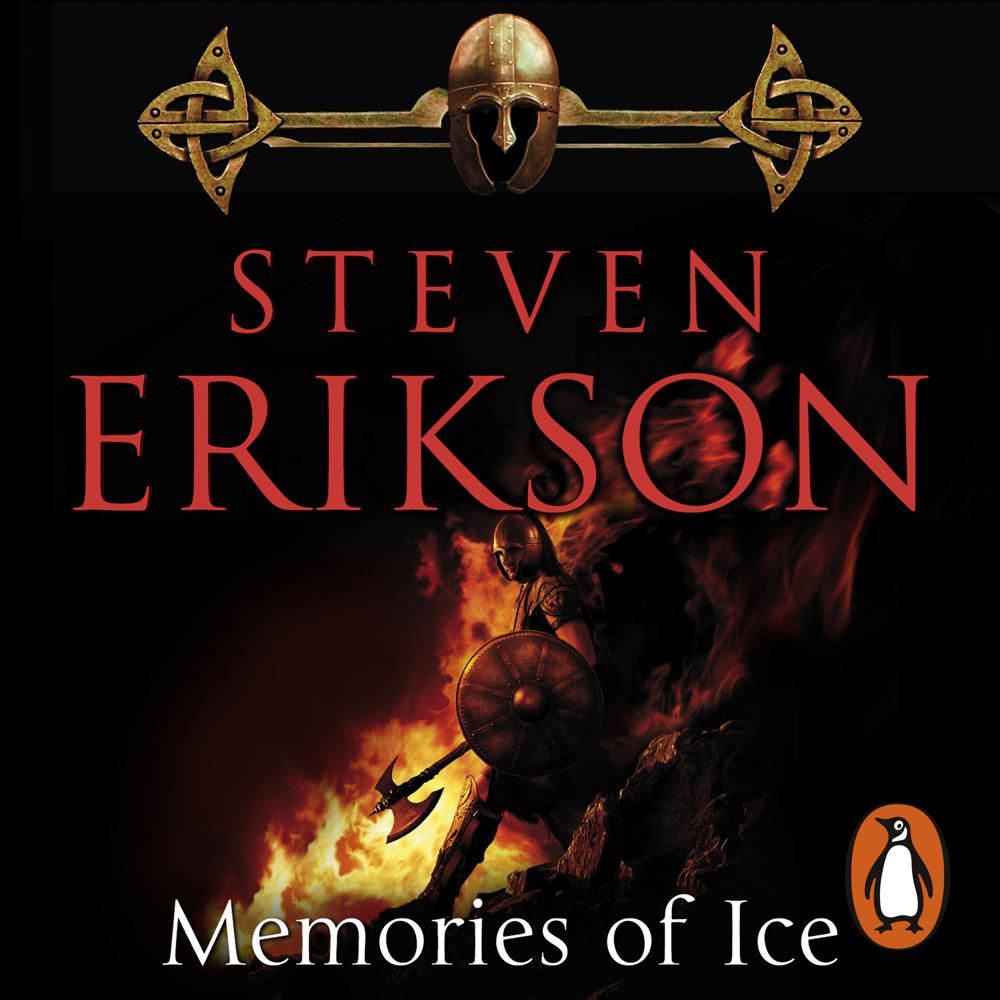 Random House presents the audiobook edition of Memories of Ice: Malazan Book of the Fallen 3 by Steven Erikson, read by Ralph Lister.

The ravaged continent of Genabackis has given birth to a terrifying new empire: the Pannion Domin. Like a fanatical tide of corrupted blood, it seethes across the land, devouring all who fail to heed the Word of its elusive prophet, the Pannion Seer. In its path stands an uneasy alliance: Dujek Onearm's Host and the Bridgeburners ­ each now outlawed by the Empress ­ alongside their enemies of old including the grim forces of Warlord Caladan Brood, Anomander Rake, Son of Darkness, and his Tiste Andii, and the Rhivi people of the Plains.
But more ancient clans too are gathering. As if in answer to some primal summons, the massed ranks of the undead T'lan Imass have risen. For it would seem something altogether darker and more malign threatens the very substance of this world. The Warrens are poisoned and rumours abound of the Crippled God, now unchained and intent on a terrible revenge...

Marking the return of many favourite characters from GARDENS OF THE MOON and introducing a host of remarkable new players, MEMORIES OF ICE is a thrilling new chapter in Erikson's magnificent epic fantasy and another triumph of storytelling.

Homeric in scope and vision...Read and expect to be overpowered, not only by a story that never fails to thrill and entertain, but by a saga that lives up to its name, both intellectually and in its dramatic, visually rich and lavish storytelling

Rare is the writer who so fluidly combines a sense of mythic power and depth of world with fully realized characters and thrilling action, but Steven Erikson manages it spectacularly

Erikson afflicts me with awe...vast in scope, almost frighteningly fecund in imagination, and rich in sympathy, his work does something that only the rarest of books can manage: it alters the reader's perceptions of reality