Linda, As in the Linda Murder
Leif G.W. Persson 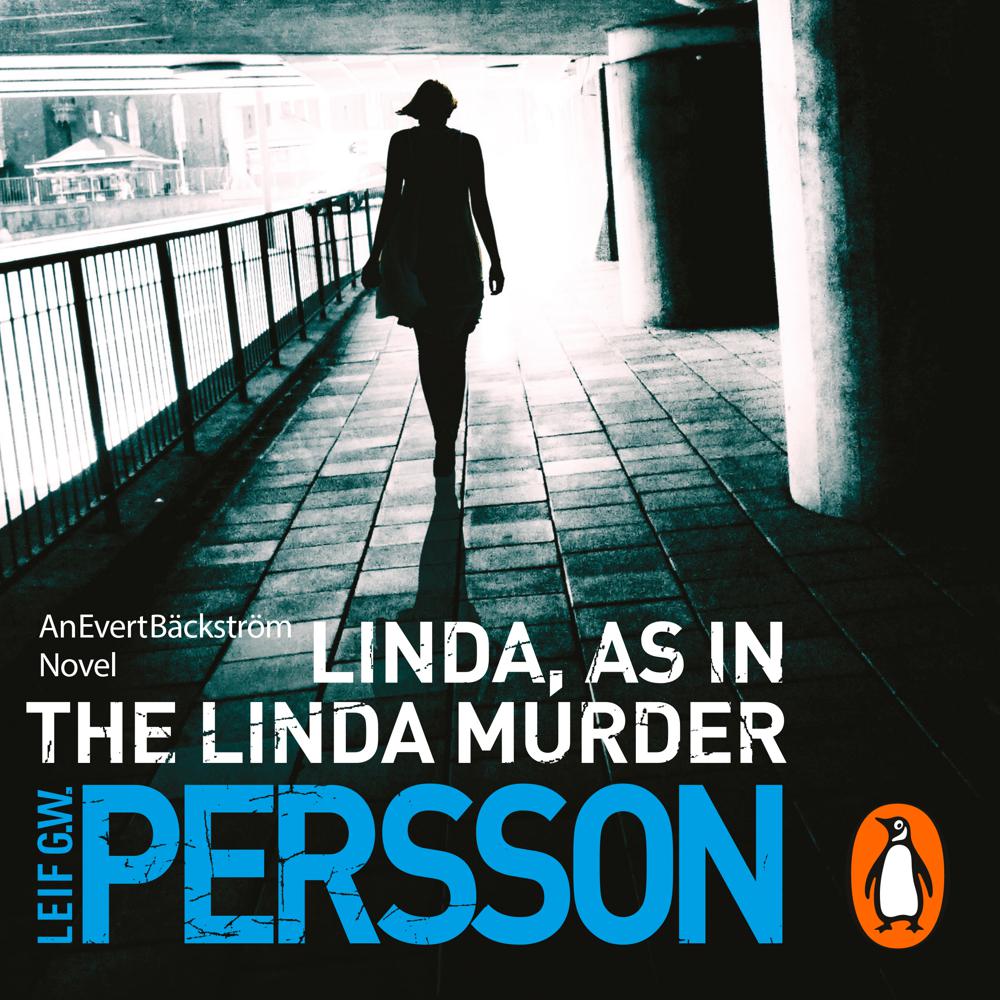 Random House presents the unabridged, downloadable audiobook edition of Linda, as in the Linda Murder by Leif G.W. Persson, read by Erik Davies.

In the middle of an unusually hot Swedish summer, a young woman studying at the Vaxjo Police Academy is brutally murdered. Police Inspector Evert Bäckström is unwillingly drafted in from Stockholm to head up the investigation.

Egotistical, vain and utterly prejudiced against everything, Bäckström is a man who has no sense of duty or responsibilty, thinks everyone with the exception of himself is an imbecile and is only really capable of warm feelings towards his pet goldfish and the nearest bottle of liquor. If they are to solve the case, his long suffering team must work around him, following the scant few leads which remain after Bäckström's intransigence has let the trail go cold.

Blackly comic, thrillingly compelling and utterly real, Linda, As in the Linda Murder is the novel which introduces the reader to the modern masterpiece that is Evert Bäckström, a man described by his creator as 'short, fat and primitive'. He is, without doubt, the real deal when it comes to modern policing.

As the army of Scandinavian crime writers sweeps invincibly onwards, it becomes more challenging for aficionados of Nordic Noir to sort out the wheat from the chaff – although the former is (thankfully) in greater supply. The individual character of various writers’ work can seem similar, but certain talents stand out from the pack. Such is the gifted Leif Persson, whose massive, sprawling, state-of-thenation novels use the mechanics of crime fiction to expose the fault lines in Scandinavian society. Persson, very much his own man in the field, has written his best novel with this one, with its caustic, sardonic tone, it has all the vitality and pungency of its predecessors; its challenging, difficult hero is one of the most distinctive in the field

Leif GW Persson has a very straight style, with no frills, and his novels show a very deep understanding of the world he writes about. The tough realism of his stories is tempered by irony and comic qualities.

Persson’s sprawling, state-of-the-nation novels use the mechanics of crime fiction to expose the faultlines in Scandinavian society. Linda has all the vitality of Persson’s earlier books; its difficult hero is one of the most distinctive in the field.

An immense crime story, and not because of the number of pages, but thanks to the narrative energy and the skill to reflect on society and humanity.

Leif GW Persson’s sprawling, state-of-the-nation novels make deft use of crime fiction conventions to expose the faultlines of Swedish society. This more closely focused novel is a brilliant exploration of a young woman’s murder, press sensationalism, and the inner workings of a police investigation, with readers reintroduced to the blackly humorous and truly unforgettable police detective Evert Bäckström.