Science in the Soul
Richard Dawkins 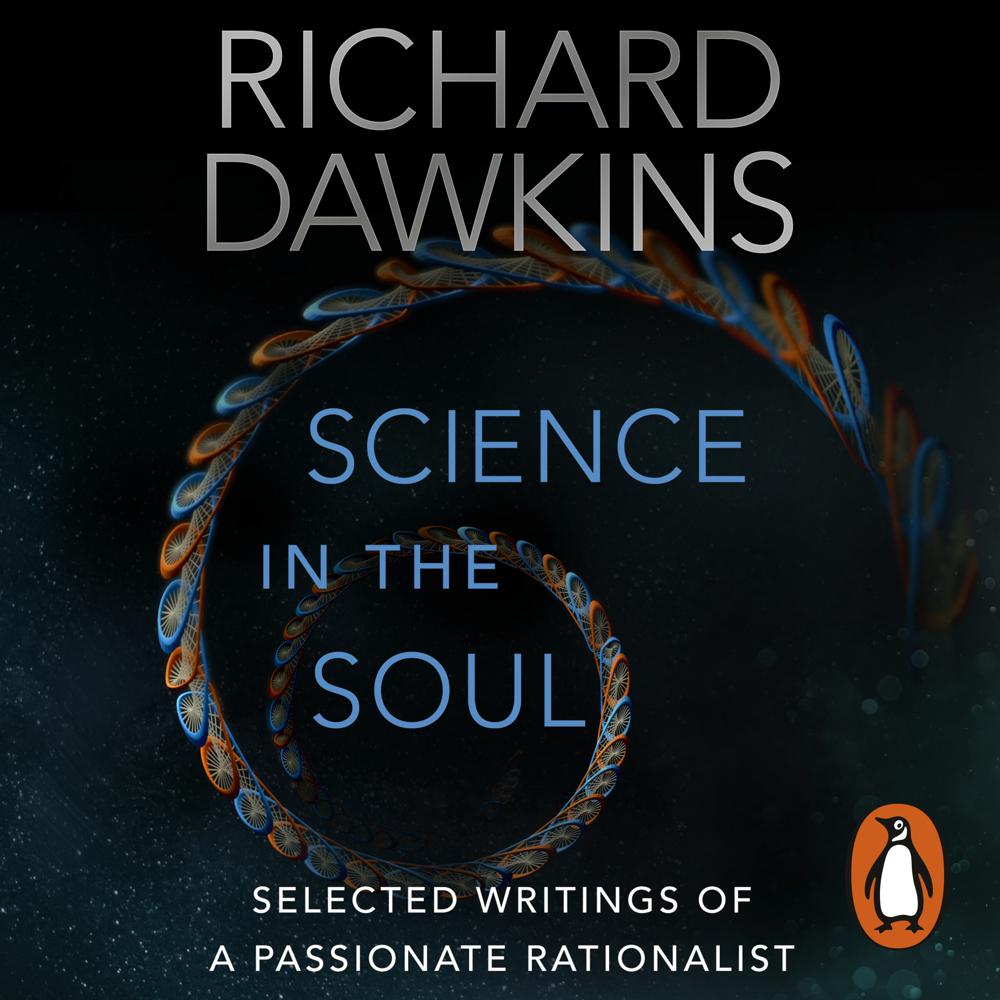 Random House presents the audiobook edition of Science in the Soul by Richard Dawkins, read by the author, Lalla Ward and Gillian Somerscales.

This edition includes a bonus PDF of a bibliography and references.

Richard Dawkins - author of The Selfish Gene, The Blind Watchmaker, and The God Delusion - is one of science's greatest communicators. This anthology of more than forty pieces is a kaleidoscopic argument for the power and the glory of science.

Breathtaking, brilliant and passionate, these essays, journalism, lectures and letters make an unanswerable case for the wonder of scientific discovery and its power to stir the imagination; for the practical necessity of scientific endeavour to society; and for the importance of the scientific way of thinking – particularly in today’s ‘post-truth’ world.

With an introduction and new commentary by the author, subjects range from evolution and Darwinian natural selection to the role of scientist as prophet, whether science is itself a religion, the probability of alien life in other worlds, and the beauties, cruelties and oddities of earthly life in this one. Alongside the explications, the celebrations and the controversies are wonderfully funny ventures into satire and parody, and moving personal reflections in memory and honour of others.

Science in the Soul is a sparkling showcase for Professor Dawkins' rapier wit, the clarity, precision and vigour he brings to an argument, the beauty of his prose, the depth of his feeling and his capacity for joy.

In this golden age of enlightened science writing it is stunning that no scientist has ever won the Nobel Prize for Literature. Pulitzer Prizes, yes, but it is time literature's highest award be granted to a scientist whose writings have changed not just science but society. No living scientist is more deserving of such recognition than Richard Dawkins, whose every book reflects his literary genius and scientific substance. Science in the Soul is the perfect embodiment of Nobel quality literature."

I thank Thor and Zeus that in their infinite wisdom they chose to make the great wordsmith of our age a great rationalist and vice versa.

One of the best non-fiction writers alive today

The illumination of Dawkins’ incisive thinking on the intellectual world extends far beyond biology. What a treat to see so clearly how matter and meaning fit together, from fiction to philosophy to molecular biology, all in one unified vision!’ Daniel C. Dennett