Adults In The Room
Yanis Varoufakis 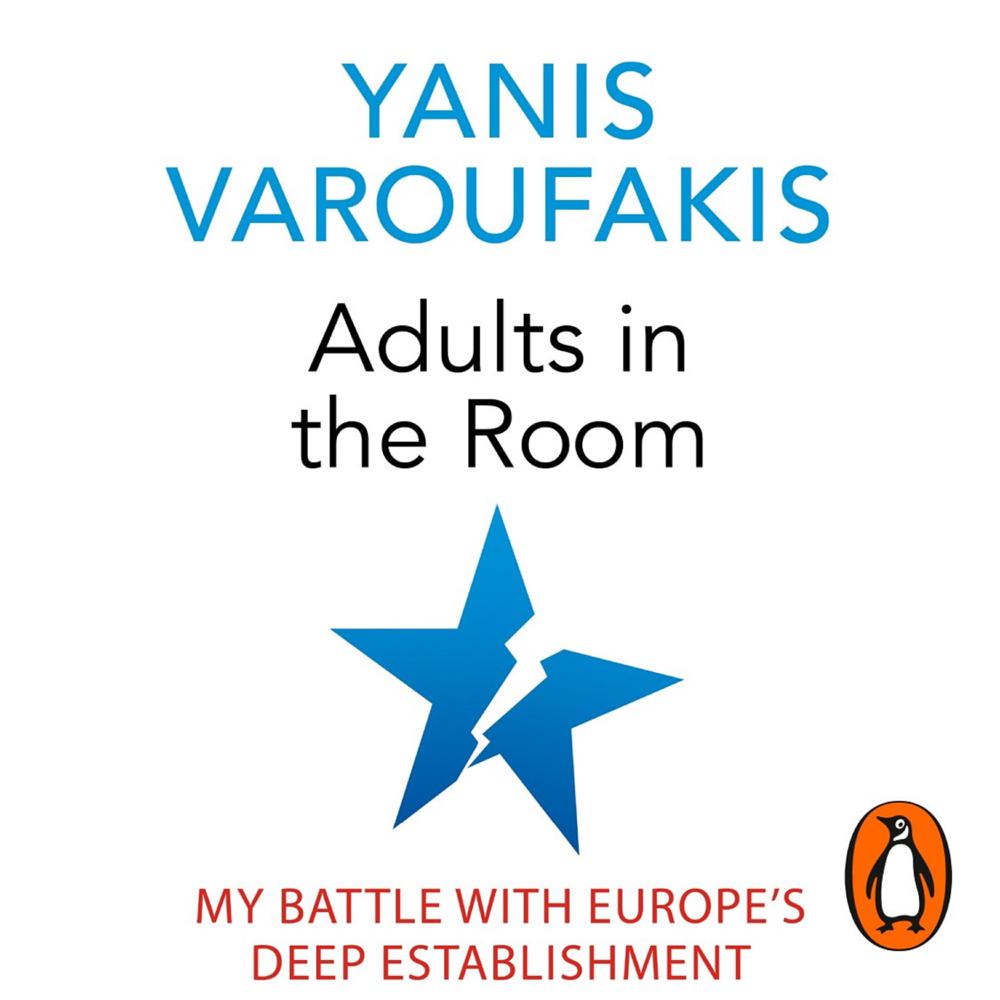 Random House presents the unabridged, downloadable audiobook edition of Adults in the Room by Yanis Varoufakis.

*** 'One of the greatest political memoirs of all time' (Guardian) ***

What happens when you take on the establishment? In this blistering, personal account, world-famous economist Yanis Varoufakis blows the lid on Europe's hidden agenda and exposes what actually goes on in its corridors of power.

Varoufakis sparked one of the most spectacular and controversial battles in recent political history when, as finance minister of Greece, he attempted to re-negotiate his country’s relationship with the EU. Despite the mass support of the Greek people and the simple logic of his arguments, he succeeded only in provoking the fury of Europe’s political, financial and media elite. But the true story of what happened is almost entirely unknown – not least because so much of the EU’s real business takes place behind closed doors.

In this fearless account, Varoufakis reveals all: an extraordinary tale of brinkmanship, hypocrisy, collusion and betrayal that will shake the deep establishment to its foundations.

As is now clear, the same policies that required the tragic and brutal suppression of Greece’s democratic uprising have led directly to authoritarianism, populist revolt and instability throughout the Western world.

Adults In The Room is an urgent wake-up call to renew European democracy before it is too late.

The most jaw-dropping segments are the accounts of phone calls and closed-door meetings – often verbatim, courtesy of his secret recordings – between ministers and technocrats ... We see duplicity and cynicism ruling supreme .. A convincing critique ... Our own government should take note

A tremendously indiscreet account … drawing upon his own audio recordings and diaries of top-level meetings. It is deeply personal and very well written

This is a superbly written account of the struggle to alleviate the austerity imposed upon the Greek people by the eurozone. Greece, argues Varoufakis, has been put in a debtors’ prison and robbed of autonomy and dignity for the indefinite future. Critics would argue that he failed as finance minister in 2015 because he was insufficiently politic. More plausibly, he could never have succeeded, such were the vested interests arrayed against him. This outcome was — and is — a tragedy, because he was — and is — right. The bulk of Greek debt should indeed be cancelled outright. Read and weep

An important, terrifying must-read. In particular, it anatomises the way in which EU leaders operate with a brutal clarity … shocking and ultimately tragic … He gets to the heart of their failure more acutely than anyone … Varoufakis has the greatest political virtues of all – courage and honesty