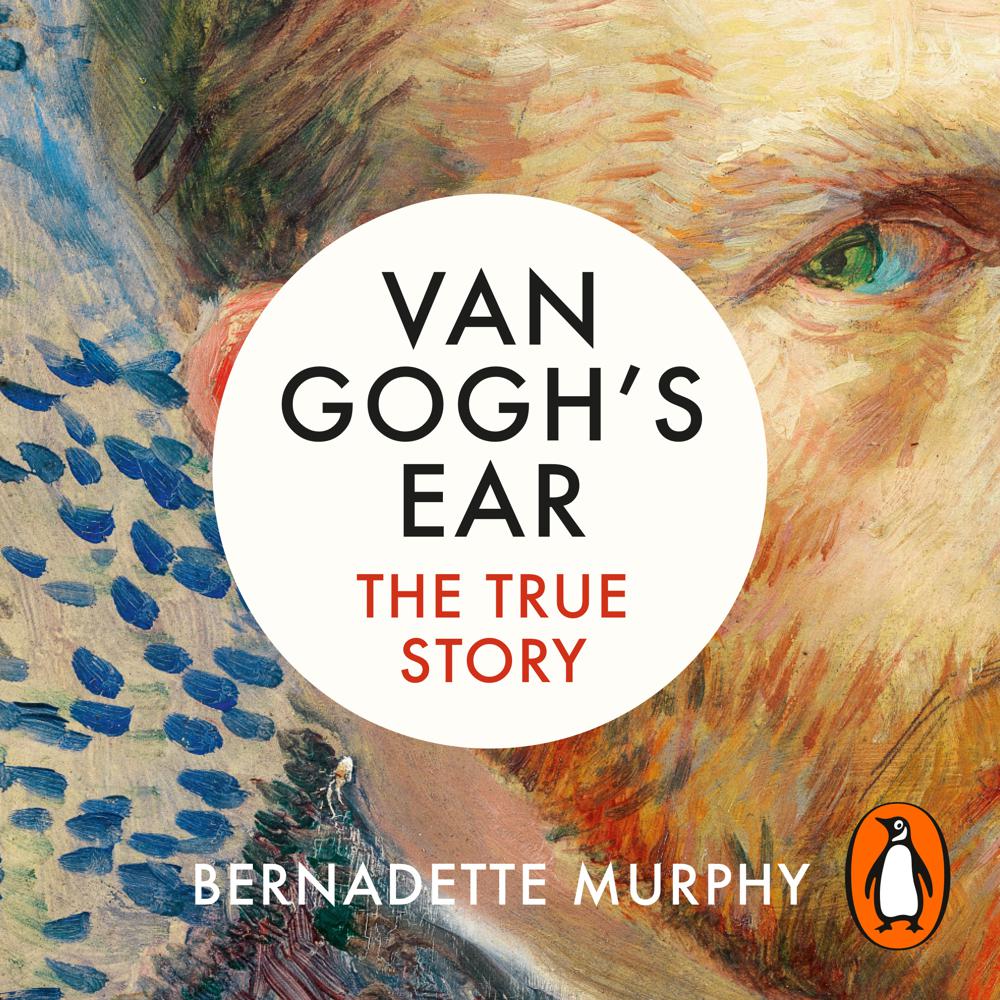 BOOK OF THE WEEK ON BBC RADIO 4

On a dark night in Provence in December 1888 Vincent van Gogh cut off his ear. It is an act that has come to define him. Yet for more than a century biographers and historians seeking definitive facts about what happened that night have been left with more questions than answers.

In Van Gogh’s Ear Bernadette Murphy sets out to discover exactly what happened that night in Arles. Why would an artist at the height of his powers commit such a brutal act? Who was the mysterious ‘Rachel’ to whom he presented his macabre gift? Was it just his lobe, or did Van Gogh really cut off his entire ear? Her investigation takes us from major museums to the dusty contents of forgotten archives, vividly reconstructing the world in which Van Gogh moved – the madams and prostitutes, café patrons and police inspectors, his beloved brother Theo and his fellow artist and house-guest Paul Gauguin. With exclusive revelations and new research about the ear and about ‘Rachel’, Bernadette Murphy proposes a bold new hypothesis about what was occurring in Van Gogh’s heart and mind as he made a mysterious delivery to her doorstep that fateful night.

Van Gogh’s Ear is a compelling detective story and a journey of discovery. It is also a portrait of a painter creating his most iconic and revolutionary work, pushing himself ever closer to greatness even as he edged towards madness – and one fateful sweep of the blade that would resonate through the ages.

This book has the pace of a detective novel, sending fresh blood pulsing through an old tale as Murphy recreates the heartbreaking drama of Van Gogh’s loosening grip on reality.

No one before has built up such a detailed picture of the people who surrounded the great artist.

Murphy’s book rescues the real Van Gogh from the lazy clichés of tea towel memorabilia by painting an electric, nuanced portrait of a man who achieved artistic brilliance despite his mental health issues and not because of them. In doing so, she allows for a version of his history in which her subject’s passion for life, art and humanity blooms like the sunflowers he painted.

She knows Provence with an intimacy that’s rare in the ear genre. Her descriptions of the people, their landscape, their customs are unusually detailed… Her second stand-out quality is a doggedness that goes beyond the usual art-historical drives. Relentlessly she wrestles with the book’s central mystery.

Murphy’s revelations are fascinating and add intriguing details to the great crisis of Van Gogh’s life.