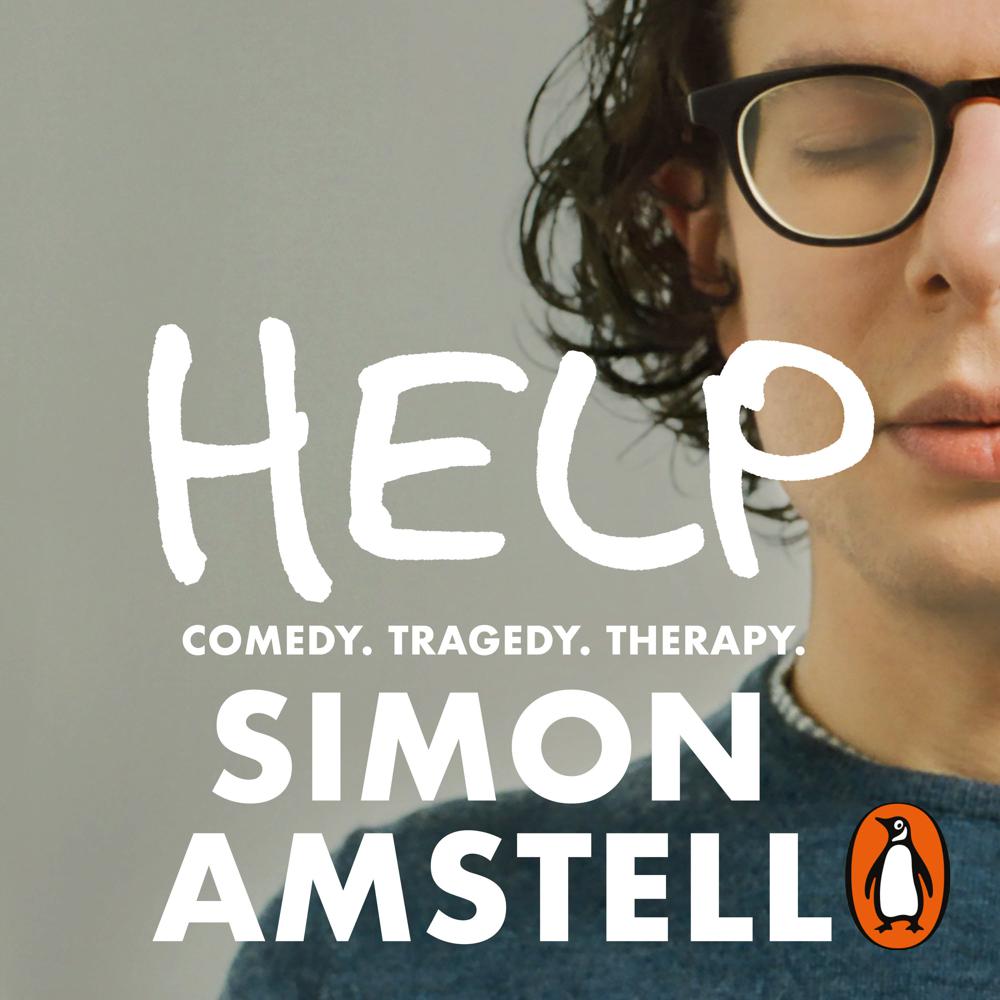 Random House Audiobooks presents the audiobook of HELP. Read by Simon Amstell and packed full of live recordings taken from his stand up tours.

Simon Amstell did his first stand-up gig at the age of thirteen. His parents had just divorced and puberty was confusing. Trying to be funny solved everything.

Read by Simon Amstell, and interspersed with live recordings from his stand up tours, HELP is the hilarious and heartbreaking account of Simon’s ongoing compulsion to reveal his entire self on stage. To tell the truth so it can’t hurt him any more. Loneliness, anxiety, depression – this book has it all. And more.

From a complicated childhood in Essex to an Ayahuasca-led epiphany in the Amazon rainforest, this story will make you laugh, cry and then feel happier than you’ve ever been.

‘A beautiful and clever book about being human. All the warmth of his comedy without the inconvenience of his face.’ - Russell Brand

'Hard to imagine anyone not loving this... go Simon Amstell!' - Stephen Fry

‘Amstell is a likable, self-deprecating guide to his own flaws, and has spent enough time in therapy to dissect his own navel-gazing with a nicely dry self-awareness.’ Observer

A beautiful and clever book about being human. All the warmth of his comedy without the inconvenience of his face

Hard to imagine anyone not loving this... go Simon Amstell!

No one makes loneliness and anxiety as funny as Simon Amstell. Every sentence in this book is simultaneously heartbreaking and hilarious