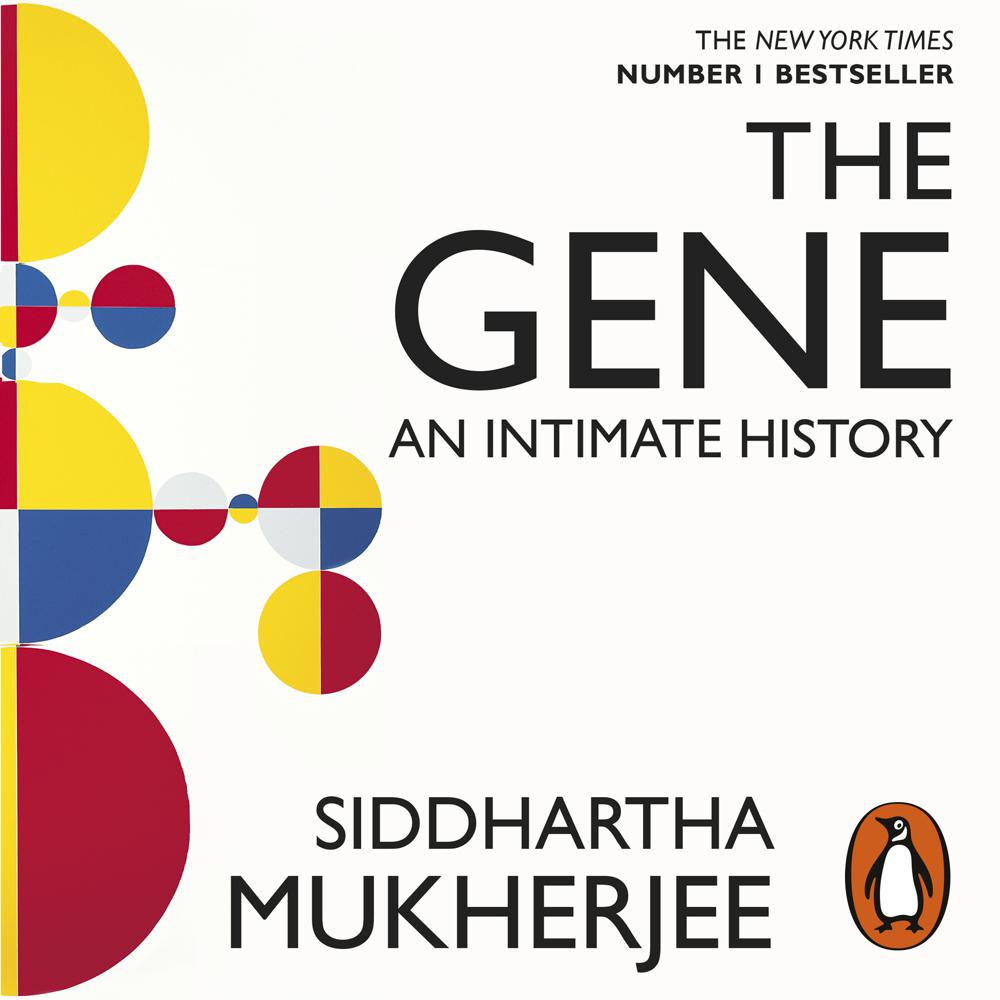 *Shortlisted for the Baillie Gifford Prize for Non-Fiction 2016*

The Gene is the story of one of the most powerful and dangerous ideas in our history, from bestselling, prize-winning author Siddhartha Mukherjee.

Spanning the globe and several centuries, The Gene is the story of the quest to decipher the master-code that makes and defines humans, that governs our form and function.

The story of the gene begins in an obscure Augustinian abbey in Moravia in 1856 where a monk stumbles on the idea of a ‘unit of heredity’. It intersects with Darwin’s theory of evolution, and collides with the horrors of Nazi eugenics in the 1940s. The gene transforms post-war biology. It reorganizes our understanding of sexuality, temperament, choice and free will. This is a story driven by human ingenuity and obsessive minds – from Charles Darwin and Gregor Mendel to Francis Crick, James Watson and Rosalind Franklin, and the thousands of scientists still working to understand the code of codes.

This is an epic, moving history of a scientific idea coming to life, by the author of The Emperor of All Maladies. But woven through The Gene, like a red line, is also an intimate history – the story of Mukherjee’s own family and its recurring pattern of mental illness, reminding us that genetics is vitally relevant to everyday lives. These concerns reverberate even more urgently today as we learn to “read” and “write” the human genome – unleashing the potential to change the fates and identities of our children.

Majestic in its ambition, and unflinching in its honesty, The Gene gives us a definitive account of the fundamental unit of heredity – and a vision of both humanity’s past and future.

Dramatic and precise... [A] thrilling and comprehensive account of what seems certain to be the most radical, controversial and, to borrow from the subtitle, intimate science of our time... He is a natural storyteller... A page-turner... Read this book and steel yourself for what comes next.

[Siddhartha Mukherjee] is the perfect person to guide us through the past, present, and future of genome science… It is up to all of us—not just scientists, government officials, and people fortunate enough to lead foundations—to think hard about these new technologies and how they should and should not be used. Reading The Gene will get you the point where you can actively engage in that debate.

The Gene is prodigious, sweeping, and ultimately transcendent. If you’re interested in what it means to be human, today and in the tomorrows to come, you must read this book.

With a marriage of architectural precision and luscious narrative, an eye for both the paradoxical detail and the unsettling irony, and a genius for locating the emotional truths buried in chemical abstractions, Mukherjee leaves you feeling as though you’ve just aced a college course for which you’d been afraid to register — and enjoyed every minute of it

The story […] has been told, piecemeal, in different ways, but never before with the scope and grandeur that Siddhartha Mukherjee brings to his new history, The Gene. He fully justifies the claim that it is “one of the most powerful and dangerous ideas in the history of science.” … Definitive