Things Can Only Get Worse?
John O'Farrell 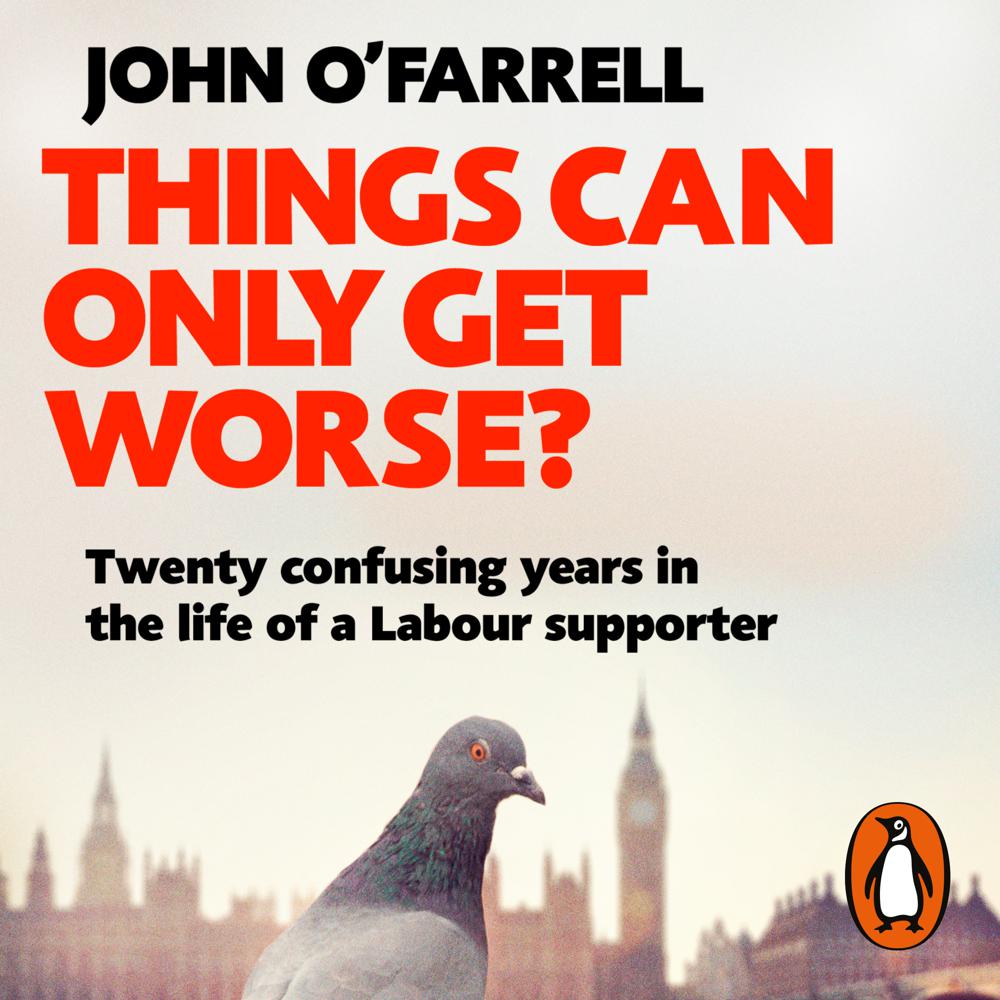 Random House presents the audiobook edition of Things Can Only Get Worse?: Twenty confusing years in the life of a Labour supporter written and read by John O'Farrell.

'…as the Labour candidate I prepared for every possible question on the local radio Election Phone-In. What I had not prepared for was my mum ringing up to say that she agreed with John O’Farrell. On EVERYTHING.'

Things Can Only Get Worse is the personal story of one political activist helping Labour progress from its 1997 landslide to the unassailable position it enjoys today.
Along the way, he stood for Parliament against Theresa May but failed to step into her shoes; he was dropped from Tony and Cherie’s Christmas card list after he revealed he always sent their card on to a friend from the SWP; and he campaigned for a new non-selective inner-city state school, then realised this meant he had to send his kids to a non-selective inner-city state school.

The long-awaited sequel to the best-selling Things Can Only Get Better is for everyone who could use a good laugh after Brexit, Boris and Trump. A roller-coaster ride through the last two decades via the very best political jokes (excluding the ones that keep getting elected).

Reading this book is like reliving the last twenty years as a Labour supporter. John O’Farrell has, in his own unique and hilarious way, captured the highs and lows, pride and embarrassment, joy and frustration of being Labour.

O’Farrell hasn’t lost his touch. There are laughs as well as large doses of common sense.

Hilarious, insightful and has that rare quality of making politics fun. A brilliant book everyone should read, whoever you vote for.

John O'Farrell couldn't be unfunny if he tried but this book is even better than his famous take on Labour's 18 years in opposition. Hilarious and insightful in equal measure this is vintage stuff from Maidenhead's finest political brain.