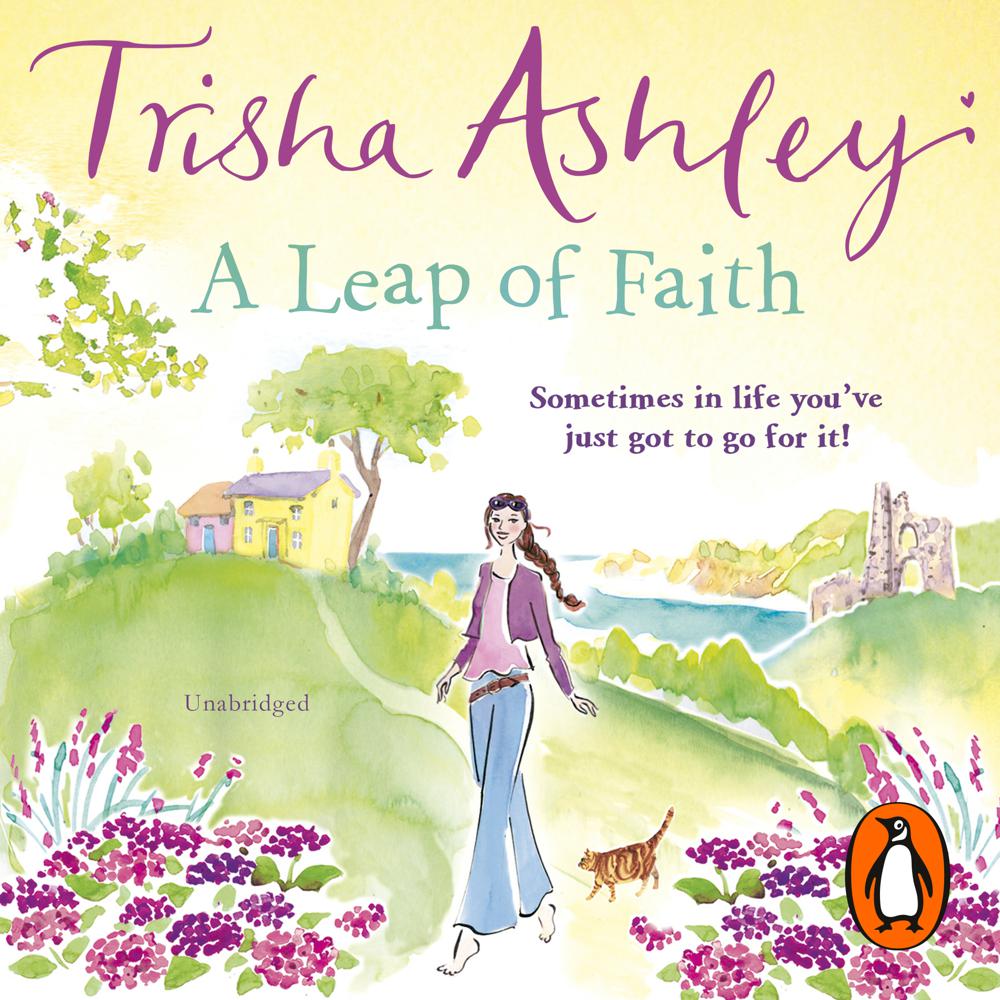 Random House presents the unabridged, downloadable audiobook edition of A Leap of Faith by Trisha Ashley, read by Julia Franklin.

Sappho Jones stopped counting birthdays when she reached thirty but, even with her hazy grip on mathematics, she realises that she's on the slippery slope to the big four-oh! With the thought suddenly lodged in her mind that she's a mere cat's whisker away from becoming a single eccentric female living in a country cottage in Wales, she has the urge to do something dramatic before it's too late.

The trouble is, as an adventurous woman of a certain age, Sappho's pretty much been there, done that, got the T-shirt. In fact, the only thing she hasn't tried is motherhood. And with sexy potter Nye on hand as a potential daddy - or at least donor - is it time for her to consider the biggest leap of all? It's either that or buy a cat . . .

Wonderfully wry, heart-warming and life-affirming, Trisha Ashley's hilarious novel is perfect for fans of romantic comedies by Milly Johnson and Jill Mansell. And it contains recipes!

**This novel was originally published in 2001 as The Urge to Jump.**

One of the best writers around

Trisha at her best