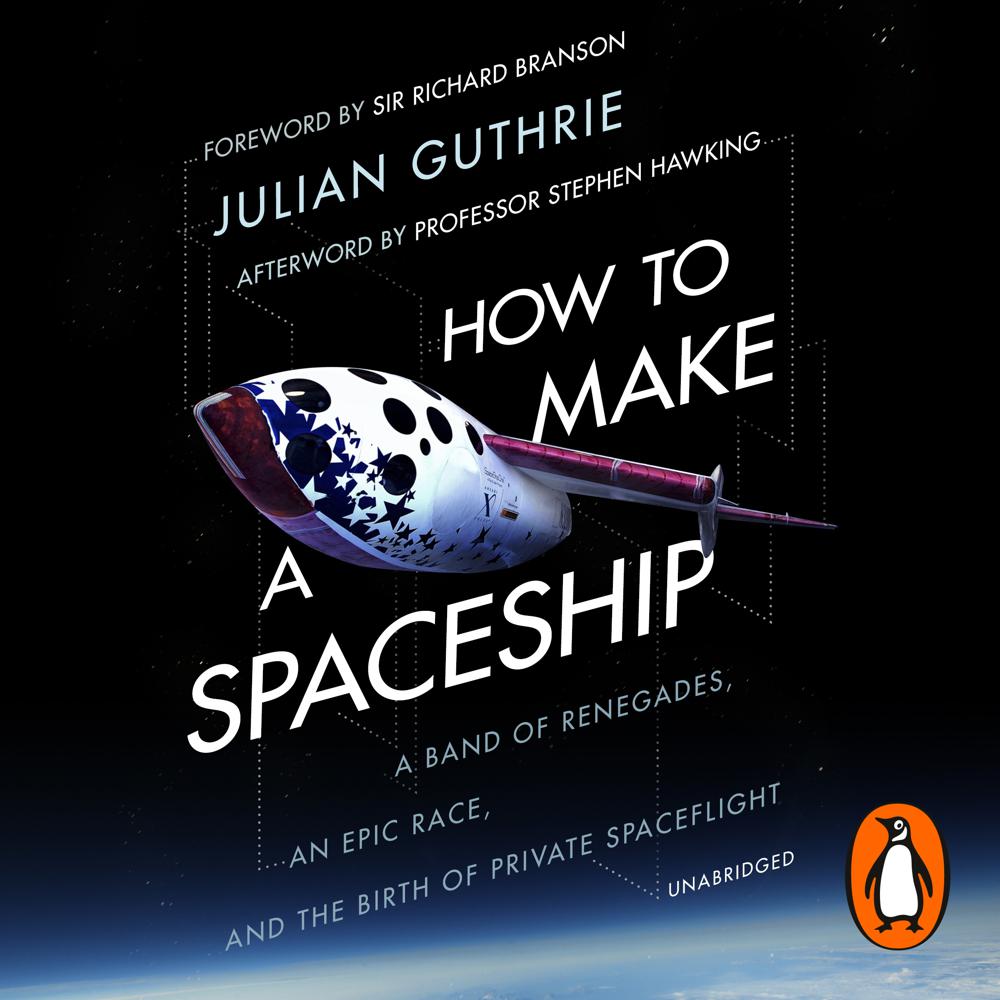 The historic race that reawakened the promise of manned spaceflight

Alone in a spartan black cockpit, test pilot Mike Melvill rocketed toward space. He had eighty seconds to exceed the speed of sound and begin the climb to a target no civilian pilot had ever reached. He might not make it back alive. If he did, he would make history as the world's first commercial astronaut.

The spectacle defied reason, the result of a competition dreamed up by entrepreneur Peter Diamandis, whose vision for a new race to space required small teams to do what only the world's largest governments had done before.

From the age of eight, when he watched Apollo 11 land on the Moon, Diamandis's singular goal was to get to space. When he realized NASA was winding down manned space flight, he set out on one of the great entrepreneurial adventure stories of our time. If the government wouldn't send him to space, he would create a private space flight industry himself.

In the 1990s, this idea was the stuff of science fiction. Undaunted, Diamandis found inspiration in the golden age of aviation. He discovered that Charles Lindbergh made his transatlantic flight to win a $25,000 prize. The flight made Lindbergh the most famous man on earth and galvanized the airline industry. Why, Diamandis thought, couldn't the same be done for space flight?

The story of the bullet-shaped SpaceShipOne, and the other teams in the hunt for a $10 million prize is an extraordinary tale of making the impossible possible. In the end, as Diamandis dreamed, the result wasn't just a victory for one team; it was the foundation for a new industry.

Too few kids and young adults understand the power of science and technology. We need role models demonstrating the power of passion and perseverance to make dreams come true. How to Make a Spaceship is filled with innovators and doers. The story will inspire makers of all ages.

This outstanding and compelling book shows the power of one man’s vision, and the ability of small teams to accomplish extraordinary things. How to Make a Spaceship will inspire and guide you to take on your own Moonshot.

Hugely readable ... the story of how the prize was won is astonishing

I don’t know how Julian Guthrie does it. In her last book, she didn’t race in the America’s Cup, yet readers felt they had. And now in How to Make a Spaceship, although she wasn’t strapped into the cockpit of the first civilian spacecraft to rocket into outer space, her vivid writing places readers right there. With the flair of a novelist and the precision of a fine journalist, she takes readers on a journey not just into space but into the hearts and minds of the adventurers who dare go where NASA no longer does. Her tale will quicken your pulse.

If you admire those who aim really high, How to Make a Spaceship belongs on your bookshelf... a rousing anthem to the urge to explore.

The story of Peter Diamandis is a reminder of the power of passion and persistence. How to Make a Spaceship chronicles the amazing journey of a key figure in the private race to space—a dreamer who, in the face of multiple setbacks and naysayers, simply refused to let go of his dream.

Reads like a thriller - and reveals many secrets... one of the great entrepreneurial stories of our time

This incredible book is The Right Stuff with afterburners. Intrepid designers and innovators risk their reputations. Gutsy test pilots risk their lives. Explorers push new boundaries of what so many once thought was impossible. All brought together by a real gravity-defying force, Peter Diamandis. How to Make a Spaceship is required reading for anyone who cares about space, aviation, and the future of flight.

Impressively ambitious... When the history of 21st-century space efforts is written decades or centuries from now, this book will be a valuable contemporary record of what it was like when humanity was trying to break out of its home.