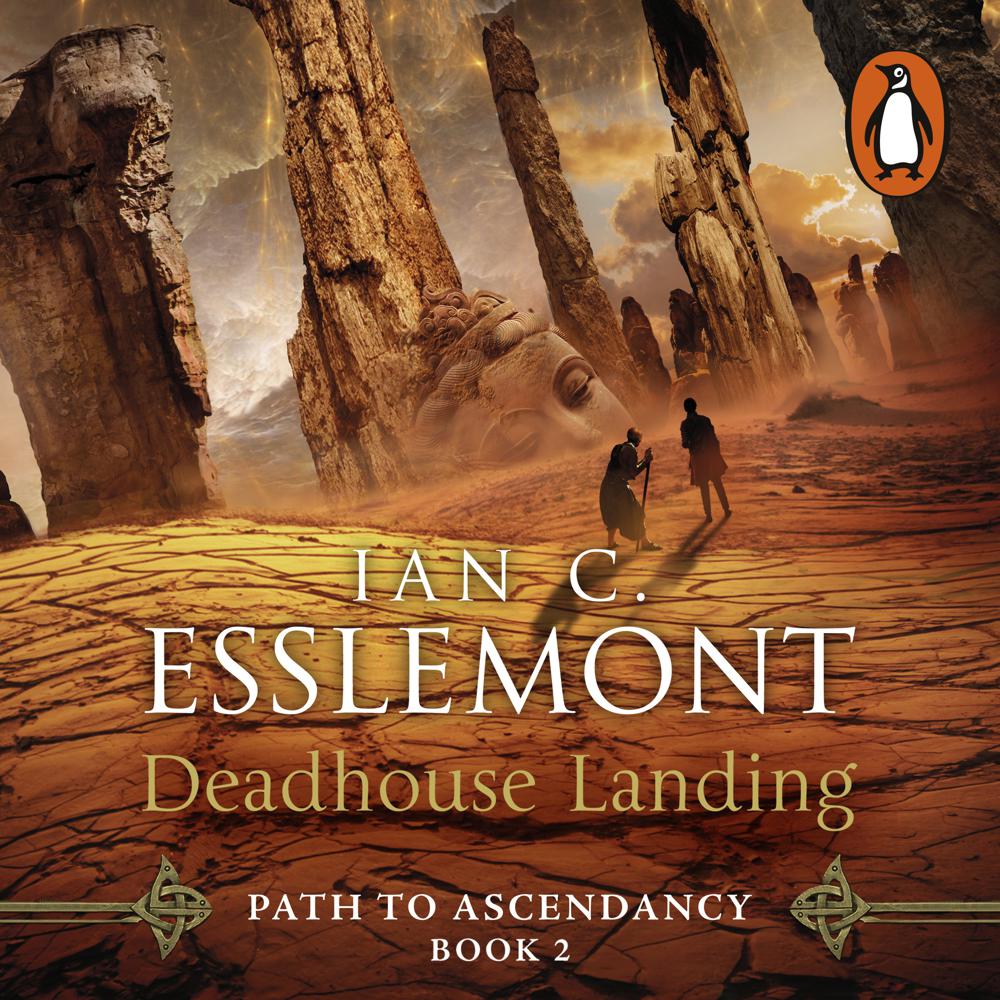 Returning readers to the turbulent early history of what would become the Malazan Empire, the second chapter in Ian C. Esslemont's thrilling new epic fantasy sequence . . .
After the disappointments of Li Heng, Dancer and Kellanved wash up on a small insignificant island named Malaz. Immediately, of course, Kellanved plans to take it over. To do so they join forces with a small band of Napans who have fled a civil war on their own home island. The plan, however, soon goes awry as Kellanved develops a strange and dangerous fascination for a mysterious ancient structure found on the island.
The chaos in the region extends to the metaphysical planes also as a young priest of D'rek starts to question the rot at the heart of the worship of the god of decay. And back in Li Heng, Dassem, now the proclaimed Sword of Hood, finds himself being blamed for a plague which leads him to a crisis of faith - and searching for answers.
During all this, war with the neighbouring island of Nap threatens, recruited allies wonder at Kellanved’s sanity, and powerful entities take more of an interest in the little mage from Dal Hon. Dancer faces a hard choice: should he give up on his partnership? Especially when the fellow’s obsession with shadows and ancient artefacts brings the both of them alarmingly close to death and destruction.
After all, who in his right mind would actually wish to enter an Elder mystery known to everyone as the 'Deadhouse'?

Esslemont delivers another engrossing tale . . . has all the hallmarks of great epic fantasy . . . seamlessly weaves great characters, action sequences and genuine humour into a fascinating narrative . . . an essential read for Malazan fans, new and old.

Tremendous . . . I loved having the opportunity to glimpse characters in a completely different light, and the creation of the Malazan Empire through the lens of reality rather than myth. Deadhouse Landing is one of Esslemont's best books to date . . . for fans of anything Malazan, this is an absolute must.

Esslemont nails the feel and flavour of Erikson's books and brings the historical characters to life with a dexterity that will win over even the most sceptical fans.

The world building is truly impressive . . . the action scenes well written . . . Esslemont's writing style addictive and engaging . . . if you're looking for a new epic fantasy read, I strongly recommend taking a look at Deadhouse Landing, because it's one of the best and most epic fantasy novels of the year!