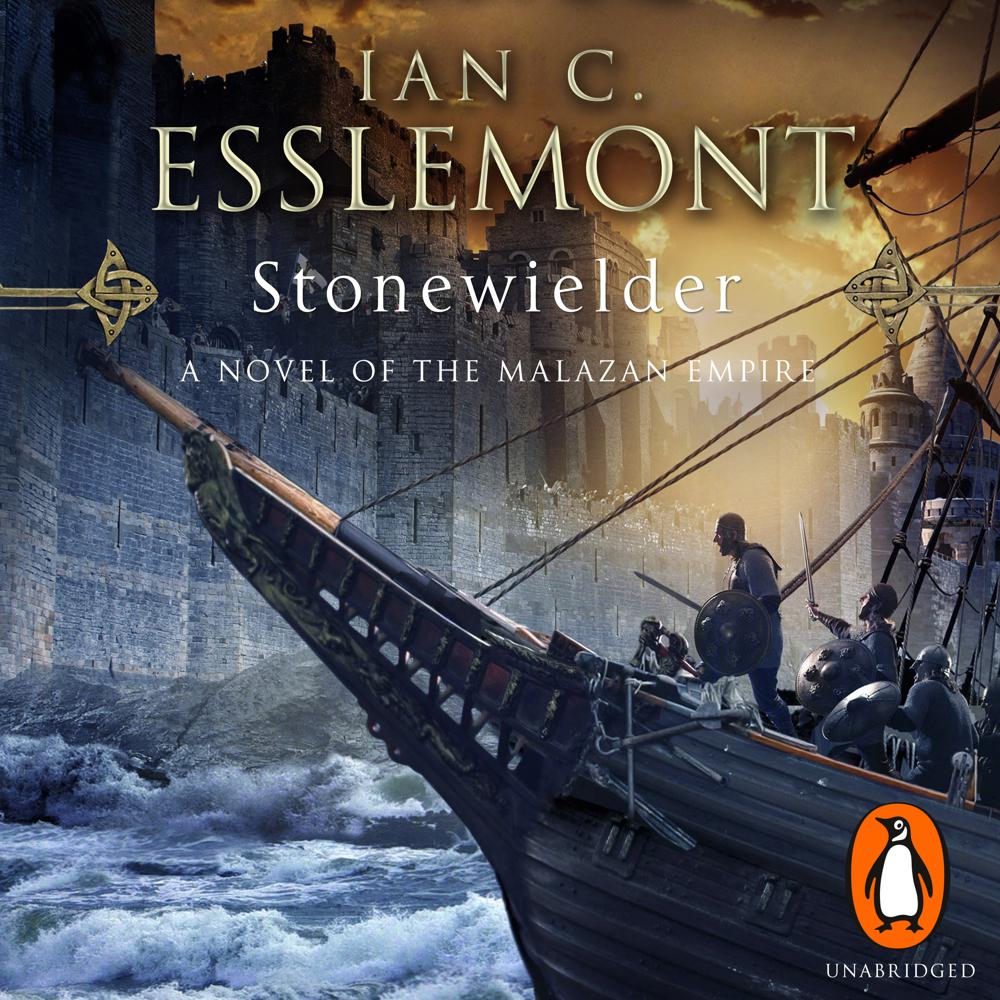 Greymane believed he'd outrun his past. With his school for swordsmanship in Falar, he was looking forward to a quiet life, although his colleague Kyle wasn't as enamoured with life outside the mercenary company, the Crimson Guard. However, it seems it is not so easy for an ex-Fist of the Malazan Empire to disappear, especially one under sentence of death from that same Empire.

For there is a new Emperor on the throne of Malaz, and he is dwelling on the ignominy that is the Empire's failed invasion of the Korel subcontinent. In the vaults beneath Unta, the Imperial capital, lie the answers to that disaster. And out of this buried history surfaces the name Stonewielder.

In Korel, Lord Protector Hiam, commander of the Stormguard, faces the potential annihilation of all that he holds dear. With few remaining men and a crumbling stone wall that has seen better days, he confronts an ancient enemy: the sea-borne Stormriders have returned.

Religious war also threatens these lands. The cult of the Blessed Lady, which had stood firm against the Riders for millennia, now seeks to eradicate its rivals. And as chaos looms, a local magistrate investigating a series of murders suddenly finds himself at the heart of a far more ancient and terrifying crime - one that has tainted an entire land....

Stonewielder is an enthralling new chapter in the epic story of a thrillingly imagined world.