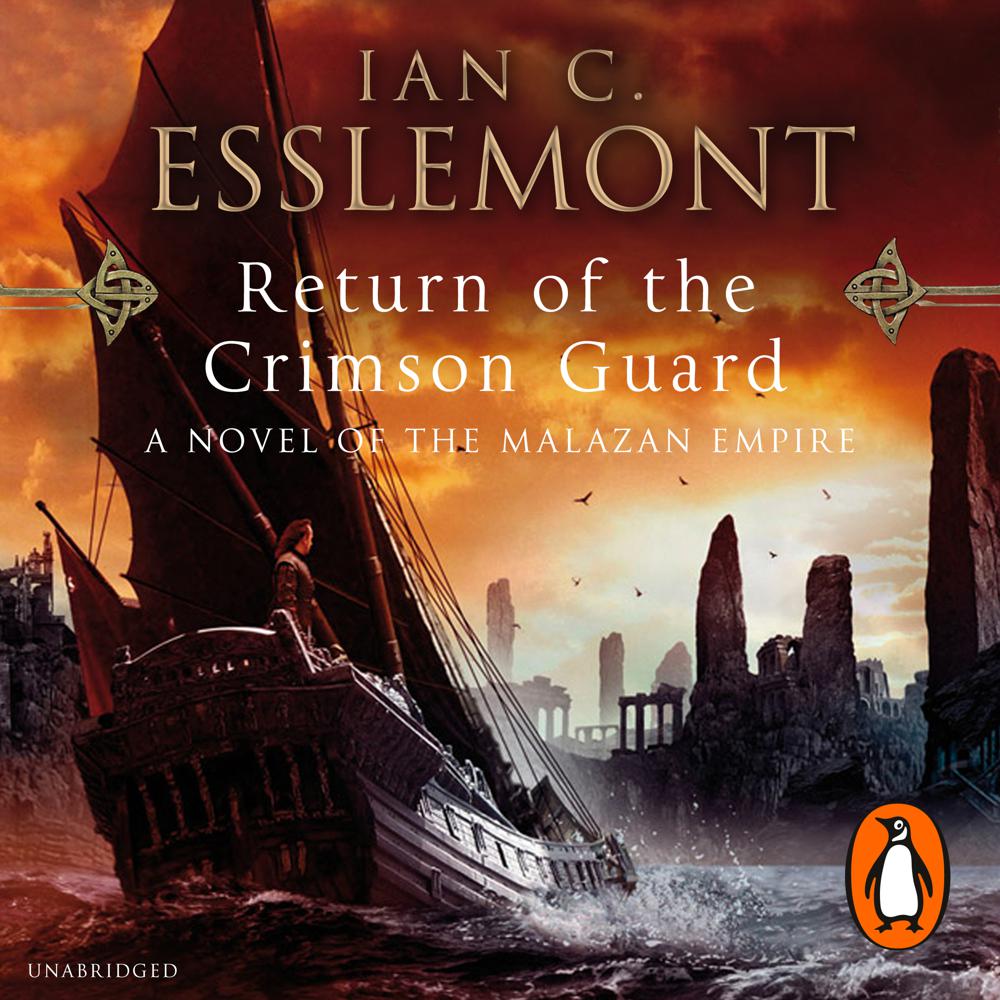 The return of the Crimson Guard could not have come at a worse time for an empire exhausted by warfare and weakened by betrayals and rivalries.
Into the seething cauldron of Quon Tali - the Malazan Empire's heartland - they march, and with their return comes the memory of their vow: undying opposition to the Empire. But elements within the Guard's élite, the Avowed, have set their sights on far greater power, while other, more ancient entities are rising up, intent on furthering their own arcane ends. And what of the swordsman called Traveller who, with his companion Ereko, seeks a confrontation from which none have ever returned?
As the Guard prepare to wage war, the Empress Laseen's generals and mages grow impatient at what they perceive as her mismanagement of the Empire. Is she losing her grip on power or has she outwitted them all? Could she be using the uprisings to draw out and finally eliminate the last irksome survivors from the days of Kellanved, her illustrious predecessor?

Everything you expect of a Malazan story, being both epic and relevant... nail-biting and anything but obvious