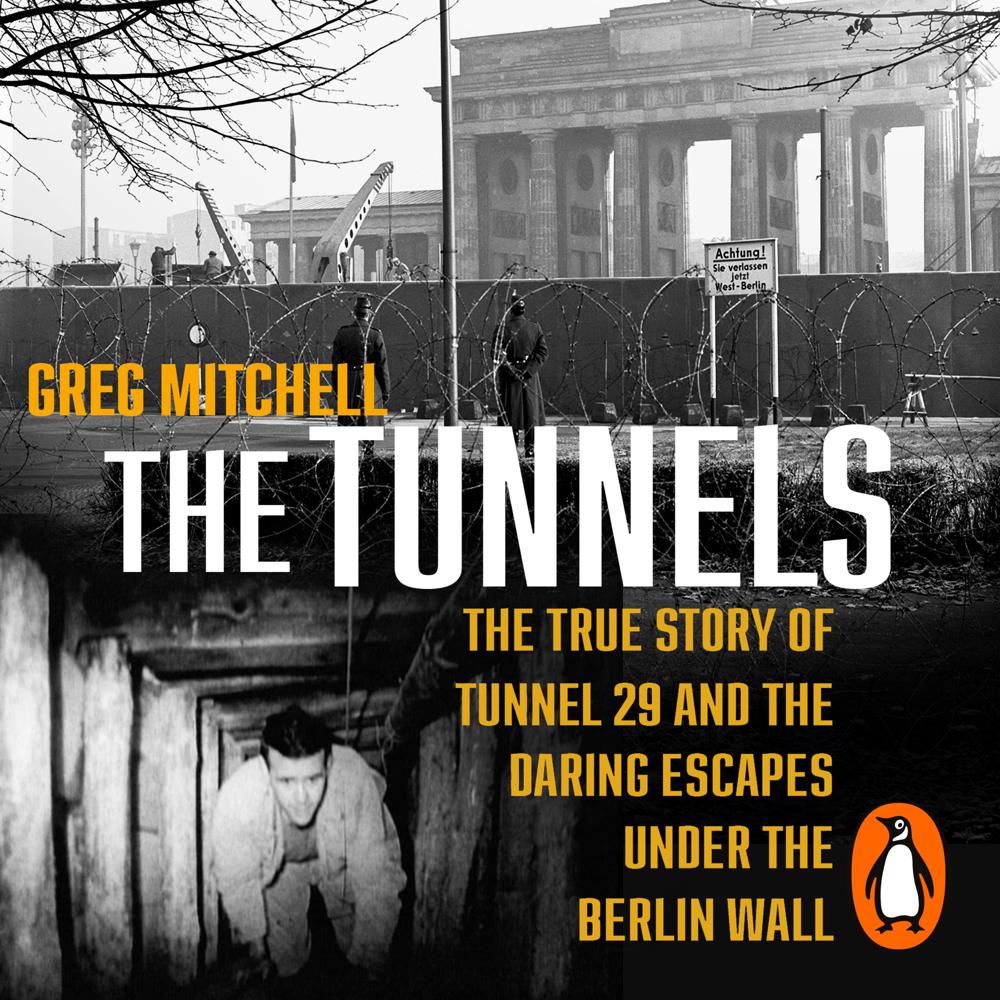 In the summer of 1962, one year after the rise of the Berlin Wall, a group of daring young West Germans risked prison, Stasi torture and even death to liberate friends, lovers, and strangers in East Berlin by digging tunnels under the Wall.

Then, as the world’s press heard about the secret projects, two television networks raced to be the first to document them from the inside, funding two separate tunnels for exclusive rights to film the escapes. In response, President John F. Kennedy and his administration, wary of anything that might raise tensions and force a military confrontation with the Soviets, maneuvered to quash both documentaries.

As Greg Mitchell's riveting narrative unfolds, we meet extraordinary characters: the legendary cyclist who became East Berlin’s most wanted man; the tunneller who had already served four years in the East German gulag; the Stasi informer who betrays the ‘CBS tunnel’; the young East Berliner who escapes with her baby, then marries one of the tunnellers; and an engineer who would later help build the tunnel under the English Channel.

Capturing the hopes and fears of everyday Berliners, the chilling reach of the Stasi secret police, and the political tensions of the Cold War, The Tunnels is breaking history, a propulsive read whose themes still reverberate today.

Every hour of my year in East Berlin - 1963/64 - the escape tunnels beneath our feet were being dug. This is their story: those who dug them, those who used them and those who betrayed them to the Stasi. Fascinating - and it is all true.

A fascinating and complex picture of the interplay between politics and media in the Cold War era.

The Tunnels is one of the great untold stories of the Cold War. Brilliantly researched and told with great flair, Greg Mitchell’s non-fiction narrative reads like the best spy thriller, something le Carre might have imagined. Easily the best book I’ve read all year.

A story with so much inherent drama it sounds far-fetched even for a Hollywood thriller... Mitchell tells a kaleidoscopic cold war story from 1962, recreating a world seemingly on the edge of a third world war.

This book serves as a stark reminder that barriers can never cut people off entirely but only succeed in driving them underground.