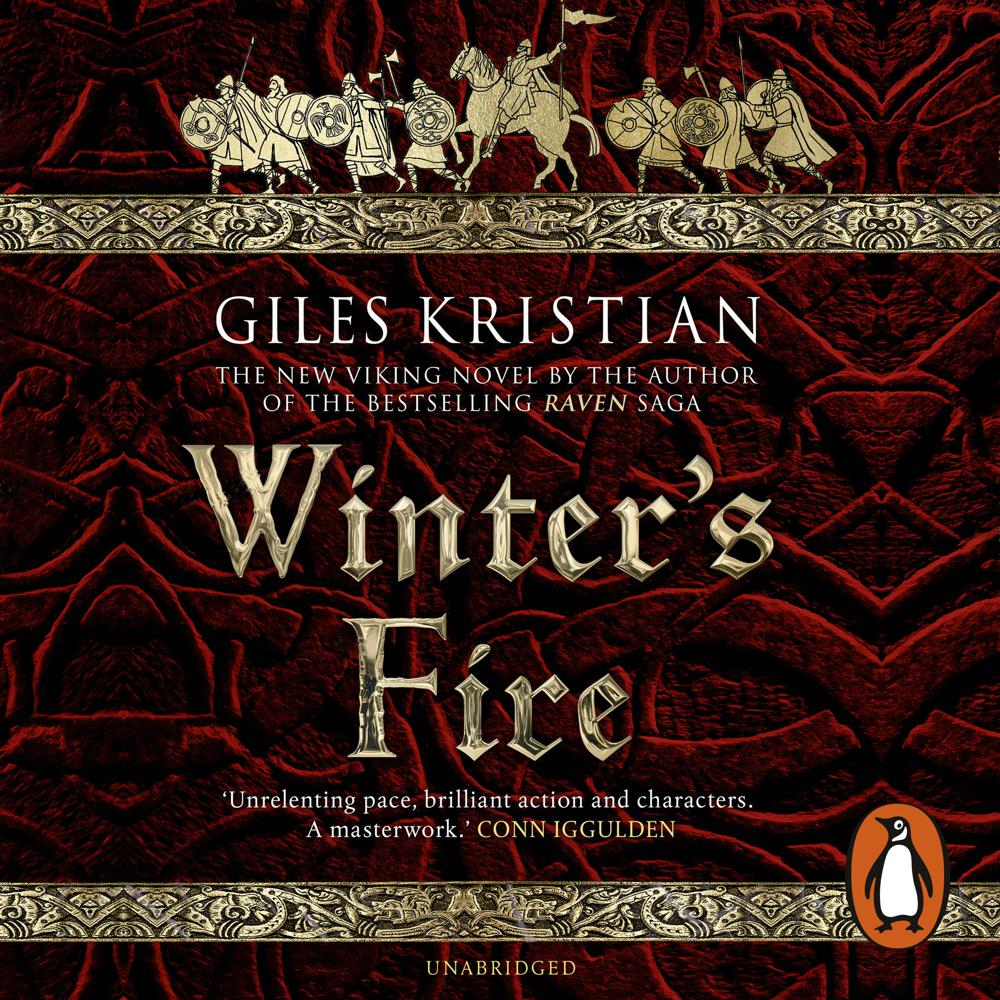 A thrilling and breathtaking Viking saga of betrayal, bloodshed and brotherhood from the Sunday Times bestselling author of Lancelot, Giles Kristian. Perfect for fans of Bernard Cornwell and Games of Thrones.

"Nobody writes this type of swaggering historical fiction better than Kristian" -- THE TIMES
"A belter of a novel...perfect for fans of historical fiction and fantasy alike, from Cornwell to Abercrombie" -- BEN KANE
"Combines gritty, brutal history with the lyrical essence of men as war...written with a panache that made the pages fly by. More!" -- ANTHONY RICHES
"I love a good Viking romp and these are really good!" -- ***** Reader review
"Giles Kristian certainly knows how to spin a yarn." -- ***** Reader review

A VOW OF VENGEANCE MUST BE KEPT...

Norway AD 785. Sigurd Haraldarson has proved himself a great warrior . . . and a dangerous enemy.

And yet the oath-breaker King Gorm, who betrayed Sigurd's father, still lives.

The sacred vow to avenge his family burns in Sigurd's veins, but he must be patient and bide his time as he knows that he and his band of warriors are not yet strong enough to confront the treacherous king. They need silver; they need more fighters to rally to the young Viking's banner; they need to win fame upon the battlefield.

And so the fellowship venture to Sweden, to fight as mercenaries. And it is there - in the face of betrayal and bloodshed, on a journey that will take him all too close to the halls of Valhalla - that Sigurd's destiny will be forged...

The Vikings return in this thrilling, thunderous sequel to Giles Kristian's bestselling God of Vengeance. Sigurd's adventures continue in Wing's of the Storm.

Storm-blown, salt-flecked and gore-spattered, Winter’s Fire is a belter of a novel. It’s just what I have come to expect from the master storyteller, Giles Kristian, whose books throw the reader headlong into the Viking age . . . this is a stirring tale of comradeship, bloodshed and treachery. It’s perfect for fans of historical fiction and fantasy alike, from Cornwell to Abercrombie.

Nobody writes this type of swaggering historical fiction better than Kristian. Big swords, bigger beards and lots of action, all delivered with real panache and poetry.

Wild as the waves, savage as a wolf pack in full flight, this is Viking writing at its best. bloody and savage and glorious, this tale of courage and cunning, of vengeance and of lives touched by the Gods is all we could possibly ask for from a historical novel: perfect.

There are authors whose work I take the time to savour. Ben Kane for gritty, brutal history. Christian Cameron for the lyrical essence of men at war. Joe Abercrombie for grim, scarred characters with no choice except to fight and die. Giles Kristian’s Winter's Fire combined all three, but blended with a panache that made the pages fly by in a single sitting. More!