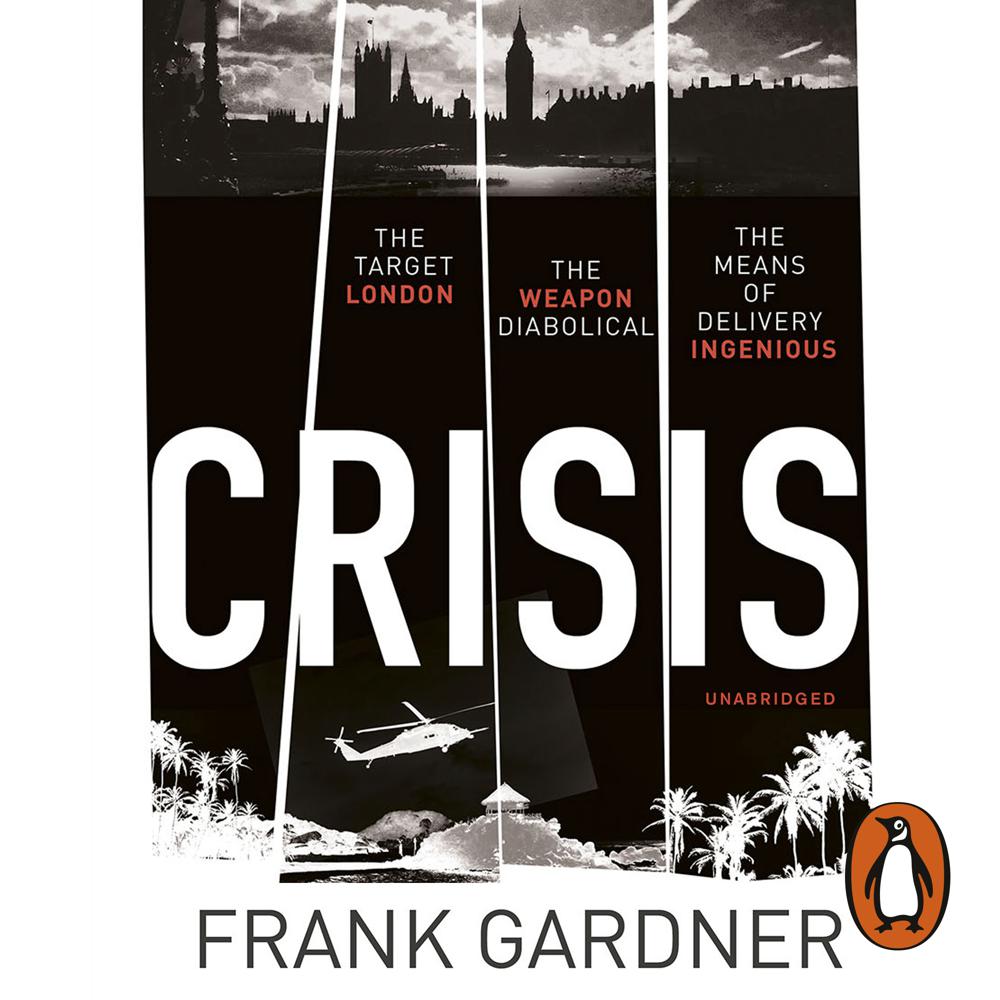 Introducing Luke Carlton - ex-Special Boat Service commando, and now under contract to MI6 for some of its most dangerous missions.

Sent into the steaming Colombian jungle to investigate the murder of a British intelligence officer, Luke finds himself caught up in the coils of a plot that has terrifying international dimensions. Hunted down, captured, tortured and on the run from one of South America's most powerful and ruthless drugs cartels and its psychotic leader thirsting for revenge, Luke is in a life-or-death race against time to prevent a disaster on a truly terrifying scale: London is the target, the weapon is diabolical and the means of delivery is ingenious.

Drawing on his years of experience reporting on security matters, CRISIS is Frank Gardner’s debut novel. Combining insider knowledge, up-to-the-minute hardware, fly on the wall insights with heart-in-mouth excitement, CRISIS boasts an irresistible, visceral frisson of authenticity: smart, fast-paced and furiously entertaining, here is a thriller for the 21st century.

Full of tomorrow’s headlines, Crisis is a nerve-shredding thriller with an intimate knowledge of the world it portrays. This is intelligent, high-voltage story-telling of the very highest order.

Written by someone who has been there, done that and knows what it’s about, Crisis is a thriller you just can’t put down.

Gardner knows his subject – and it shows. A rattling good read.