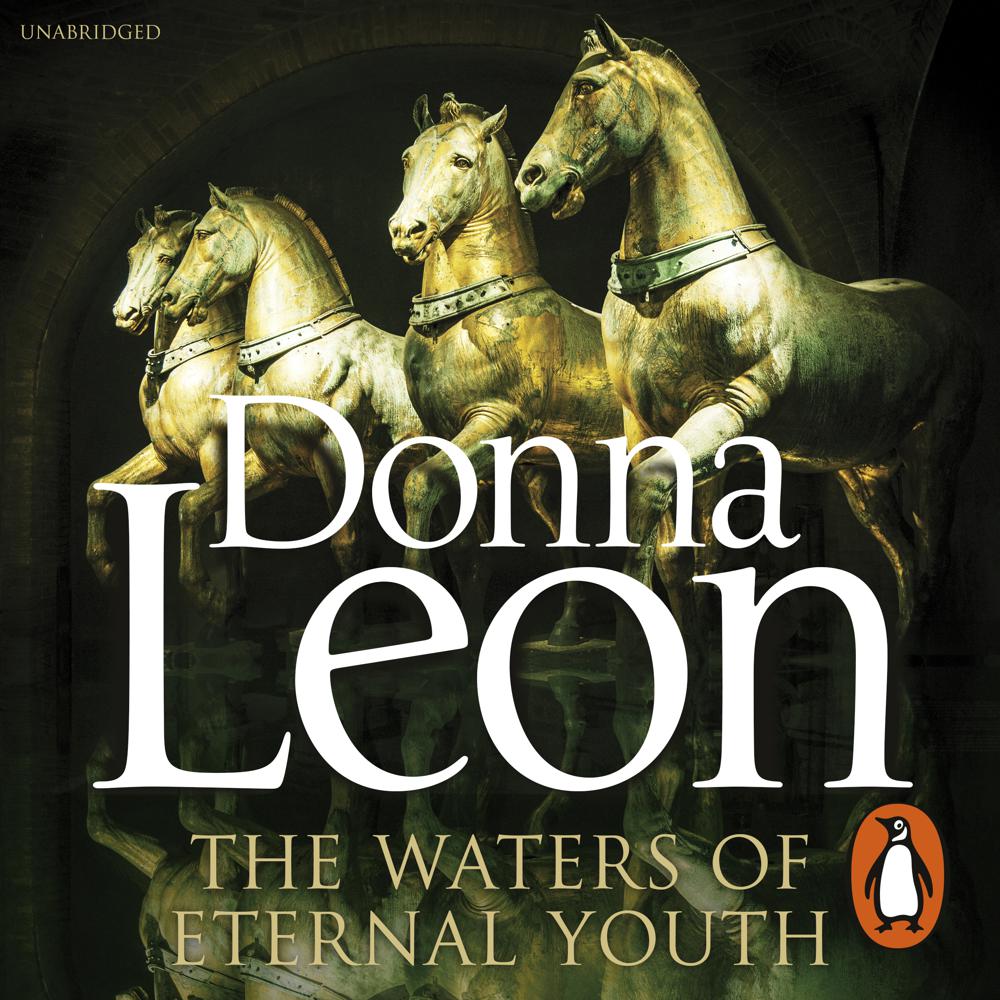 In The Waters of Eternal Youth, the twenty-fifth instalment in the bestselling Brunetti series, our Commissario finds himself drawn into a case that may not be a crime at all.

Brunetti is investigating a cold case by request of the grand Contessa Lando-Continui, a friend of Brunetti’s mother-in-law. Fifteen years ago the Contessa’s teenage granddaughter, Manuela, was found drowning in a canal. She was rescued from the canal at the last moment, but in many ways it was too late; she suffered severe brain damage and her life was never the same again. Once a passionate horse rider, Manuela, now aged thirty, cannot remember the accident, or her beloved horse, and lives trapped in an eternal youth.

The Contessa, unconvinced that this was an accident, implores Brunetti to find the culprit she believes was responsible for ruining Manuela's life. Out of a mixture of curiosity, pity and a willingness to fulfil the wishes of a loving grandmother, Brunetti reopens the case. But once he starts to investigate, Brunetti finds a murky past and a dark story at its heart.

The Waters of Eternal Youth is awash in the rhythms and concerns of contemporary Venetian life, from historical preservation, to housing, to new waves of African migrants, all circling the haunting story of a woman trapped in a perpetual childhood.

There is no one better than Donna Leon at showing the ripple effects of a single traumatic event . . . Throughout this astonishingly consistent series Leon has recast the city in her own venerable image: full of surprises and hidden beauty.

All the things that are wrong with the city appear in these books: corruption, decay and overcrowding are part of the scenery and Leon pulls no punches describing them. But she still loves Venice and Brunetti and so do her readers.

A richly textured exploration of issues from corruption to art preservation to African migrants; add in the glorious eccentricities of Brunetti’s police colleagues and the touching snapshots of family life, and you have a sparkling summer read.