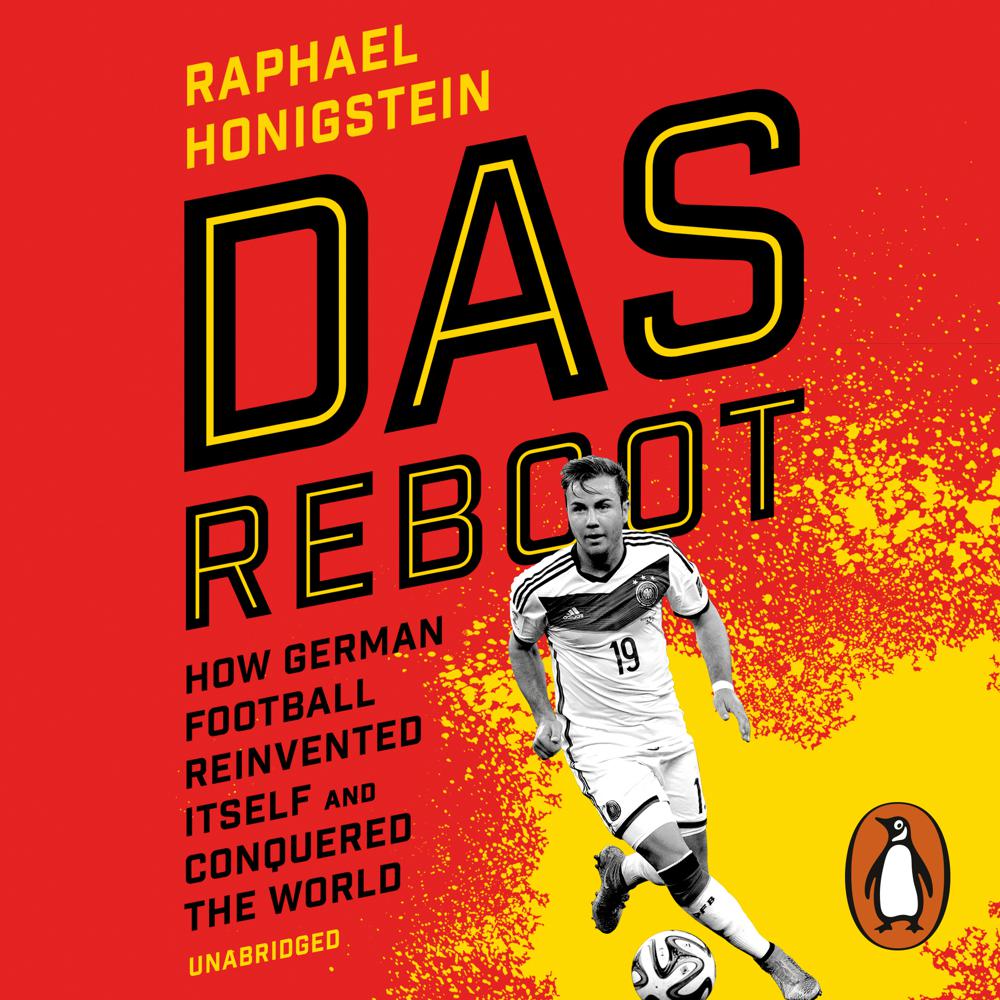 ‘Football is a simple game; 22 men chase a ball for 90 minutes and at the end, the Germans always win’ –Gary Lineker

13 July 2014, World Cup Final, the last ten minutes of extra time: Germany forward Mario Götze, receiving a floated pass from his international teammate André Schürrle, jumps slightly to meet the ball and cushion it with his chest. Landing on his left foot, he takes a step with his right, swivels, and in one fluid motion, without the ball touching the ground, volleys it past the onrushing Argentine goalkeeper into the far corner of the net. The goal wins Germany the World Cup for the first time in almost twenty-five years. In the aftermath, Götze looks dazed, unable to comprehend what he has done.

In Das Reboot, journalist and television pundit Raphael Honigstein charts the return of German football from the international wilderness of the late 1990s to Götze’s moment of genius and asks how did this come about? How did German football transform itself from its efficient, but unappealing and defensively minded traditions to the free-flowing, attacking football that was on display in 2014? The answer takes him from California to Stuttgart, from Munich to the Maracaná, via Dortmund and Durban. Packed with exclusive interviews with the key protagonists, Honigstein’s book lifts the lid on the secrets of German football’s success.

Honigstein charts how fussball became the hippest version of the game