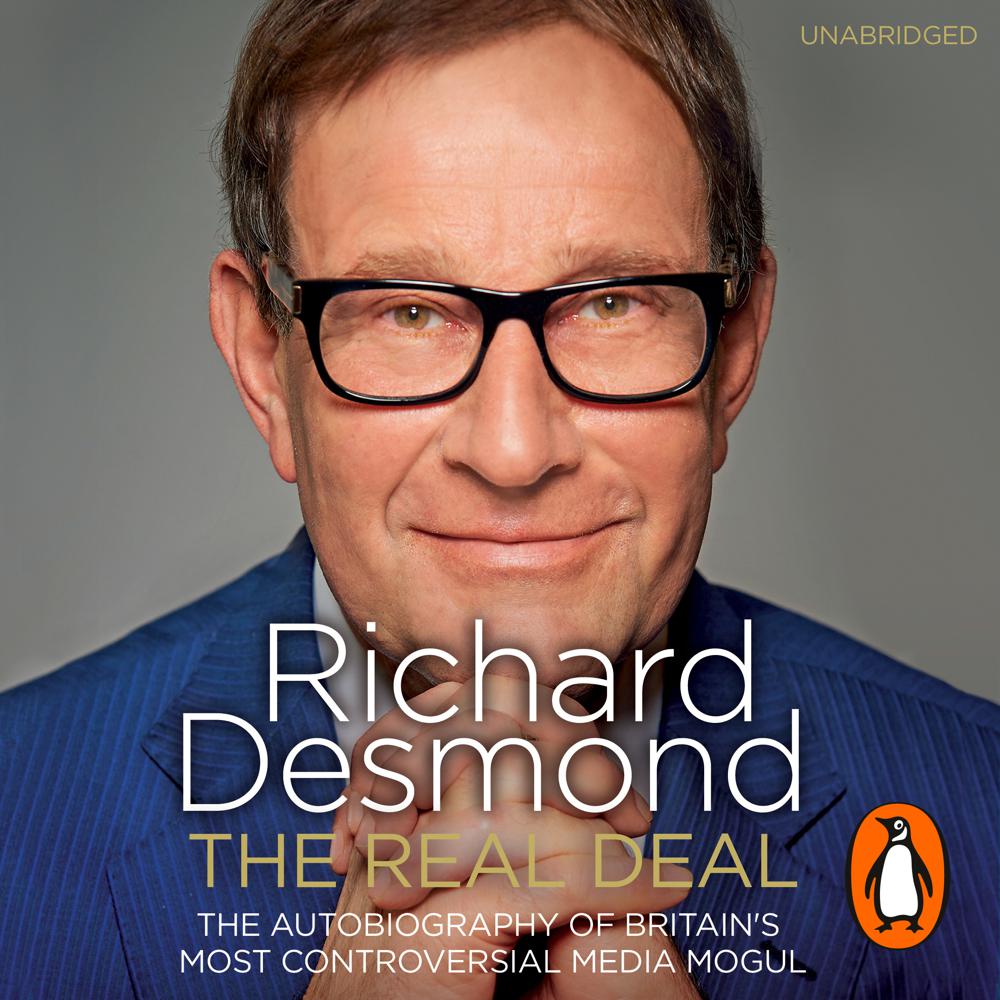 From the age of five, when he helped his deaf father negotiate advertising contracts, Richard Desmond has always had an eye for business. In The Real Deal he offers a no-holds-barred account of an extraordinary career that has taken him from cloakroom attendant at a north London club to billionaire media owner. En route he tells of his early life as a rock and roll drummer, his first steps in the world of magazine publishing as a purveyor of leisure and top-shelf titles, and finally, after decades of paying his dues building smaller brands, his arrival in the big league with the launch of OK! magazine and the acquisition of Express Newspapers, his purchase and sale of Channel 5, and his £80 million investment in the Health Lottery, combining business innovation with help for good causes.

Along the way, he imparts many of the secrets of his astounding success, as well as giving his forthright opinion (and he always has one) on such diverse subjects as politicians, religion, and the similarities between being a rock and roll drummer and running a business – as well as his views on a cast of characters ranging from Alan Sugar to Victoria Beckham and from Simon Cowell to Jennifer Aniston.

Often controversial, frequently revelatory, always entertaining, The Real Deal is the brilliantly frank account of a life spent at the sharp end.