If Only They Didn't Speak English
Jon Sopel 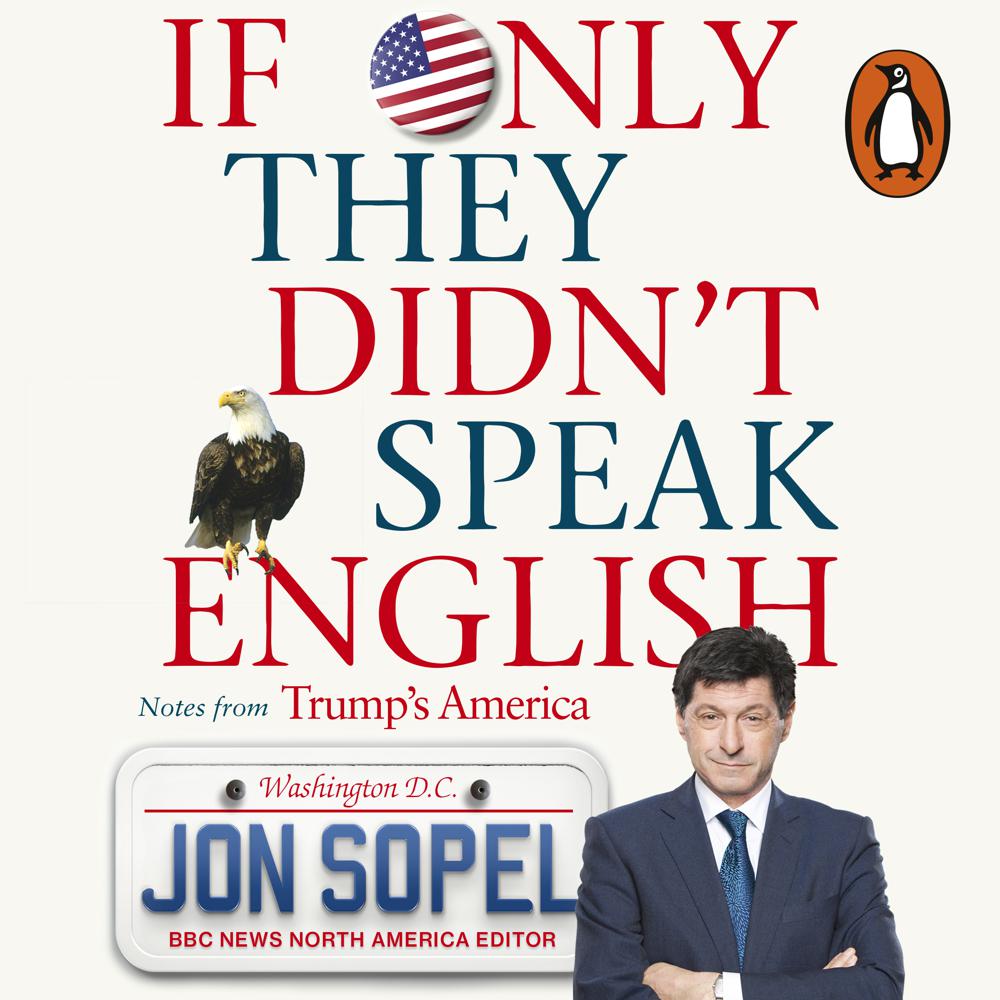 As the BBC’s North America Editor, Jon Sopel has had a pretty busy time of it lately. In the 18 months it’s taken for a reality star to go from laughingstock to leader of the free world, Jon has travelled the length and breadth of the United States, experiencing it from a perspective that most of us could only dream of: he has flown aboard Air Force One, interviewed President Obama and has even been described as ‘a beauty’ by none other than Donald Trump.

Through music, film, literature, TV and even through the food we eat and the clothes that we wear we all have a highly developed sense of what America is and through our shared, tangled history we claim a special relationship. But America today feels about as alien a country as you could imagine. It is fearful, angry and impatient for change. Reflecting on his journey across the continent to cover the most turbulent race in recent history, Jon Sopel lifts a lid on the seething resentments, profound anxieties and sheer rage that found its embodiment in a brash, unpredictable and seemingly unstoppable figure.

In this fascinating, insightful portrait of American life and politics, Jon sets out to answer our questions about a country that once stood for the grandest of dreams but which is now mired in a storm of political extremism, racial division and increasingly perverse beliefs.

A wonderfully readable, perceptive account of what America looks like today through the eyes of a seasoned, informed but ultimately sympathetic observer. He addresses head-on such difficult questions as why it is America's most God-fearing opponents of abortion who are also the most passionate supporters of the gun lobby and the death penalty. He reminds us that President Trump's "America First" policy is nothing new – but that America made an invaluable contribution to Western Europe's defence of its liberty in two world wars. And he describes graphically how US Presidential politics became Reality TV in 2016, leaving us, rightly, with a deep sense of unease about the way fake facts and bare-faced lies, often encouraged by enemies of democracy abroad, now pose a real threat to the survival of our values and institutions. Read it alongside the late, great Lynne Olson's Citizens of London and J.D. Vance's Hillbilly Elegy.

Jon Sopel may be the sanest man in America. He is certainly one of the most insightful … Immensely enjoyable

Jon Sopel tries to explain the madness of Trump's America with an elegant sense of stoic bewilderment. Brilliant

Jon Sopel nails it … If Only They Didn’t Speak English is an entertaining and enlightening stock take of how we got here.