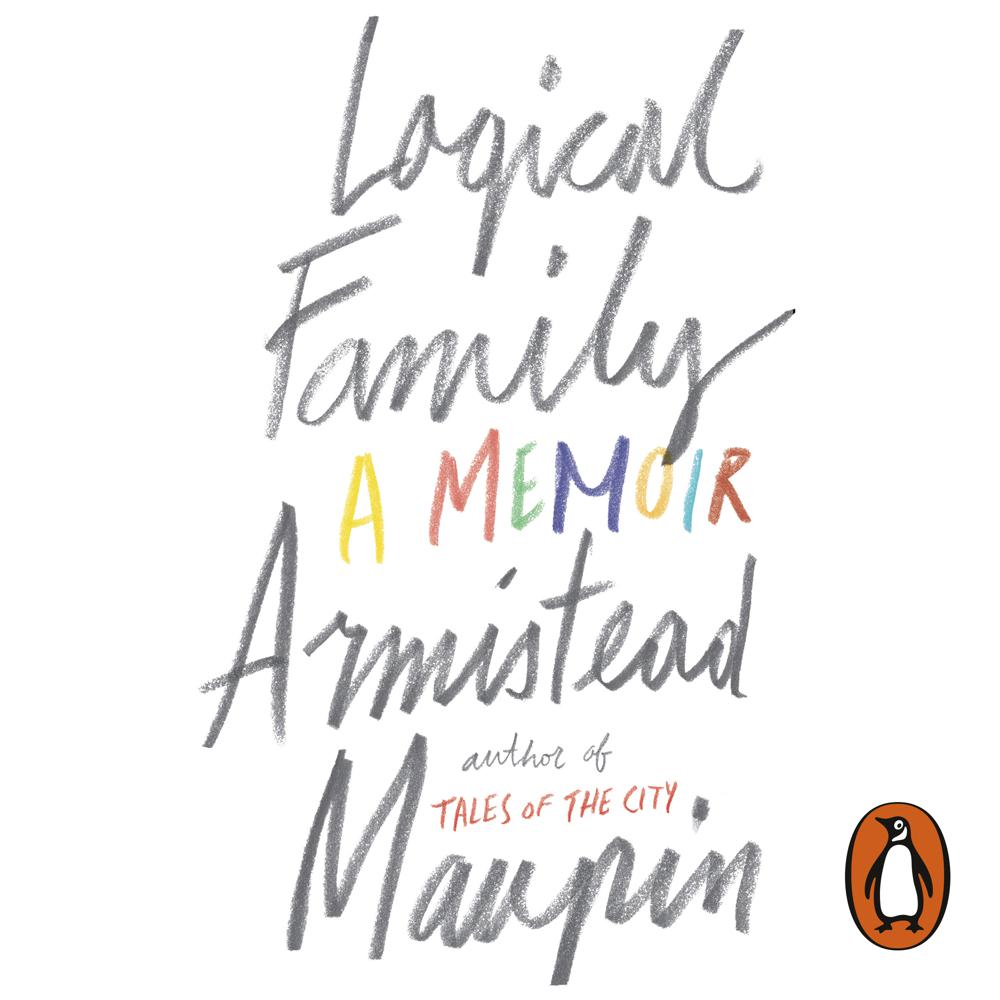 Random House presents the audiobook edition of Logical Family: A Memoir, written and read by Armistead Maupin. Includes a 30-minute interview between Neil Gaiman and the author.
Born in the mid-twentieth century and raised in the heart of conservative North Carolina, Armistead Maupin lost his virginity to another man “on the very spot where the first shots of the Civil War were fired.” Realizing that the South was too small for him, this son of a traditional lawyer packed his earthly belongings into his Opel GT (including a beloved portrait of a Confederate ancestor), and took to the road in search of adventure. It was a journey that would lead him from a homoerotic Navy initiation ceremony in the jungles of Vietnam to that strangest of strange lands: San Francisco in the early 1970s.

Reflecting on the profound impact those closest to him have had on his life, Maupin shares his candid search for his “logical family,” the people he could call his own. "Sooner or later, we have to venture beyond our biological family to find our logical one, the one that actually makes sense for us,” he writes. “We have to, if we are to live without squandering our lives." From his loving relationship with his palm-reading Grannie who insisted Maupin was the reincarnation of her artistic bachelor cousin, Curtis, to an awkward conversation about girls with President Richard Nixon in the Oval Office, Maupin tells of the extraordinary individuals and situations that shaped him into one of the most influential writers of the last century.

Maupin recalls his losses and life-changing experiences with humor and unflinching honesty, and brings to life flesh-and-blood characters as endearing and unforgettable as the vivid, fraught men and women who populate his enchanting novels. What emerges is an illuminating portrait of the man who depicted the liberation and evolution of America’s queer community over the last four decades with honesty and compassion—and inspired millions to claim their own lives.

I read Logical Family as slowly as I could, quite as I could never have read any of the Tales volumes all those years ago. The pleasure of its chapters, each a short story focussing on another member of Armistead's extended tribe, was such a heartwarming delight, I couldn't bear to have it pass me by. It was like having the great man visit and sit smoking and gossiping from an armchair at the foot of the bed.

[A] highly readable memoir.. .moving and with prize moments.

A book for any of us, gay or straight, who have had to find our family. Maupin is one of America’s finest storytellers, and the story of his life is a story as fascinating, as delightful and as compulsive as any of the tales he has made up for us.

Master storyteller Armistead Maupin — the man who defined the difference between ‘a biological family’ and ‘a logical family,’ who is both gifted with fearless art and the ability to speak for millions — finally tells his own story. Logical Family is a sweet, filthy peach of a memoir from a cultural explosion of a man

Should be read by anyone who has ever loved and lost . . . Maupin still has the knack of being able to make you laugh and cry on the same page