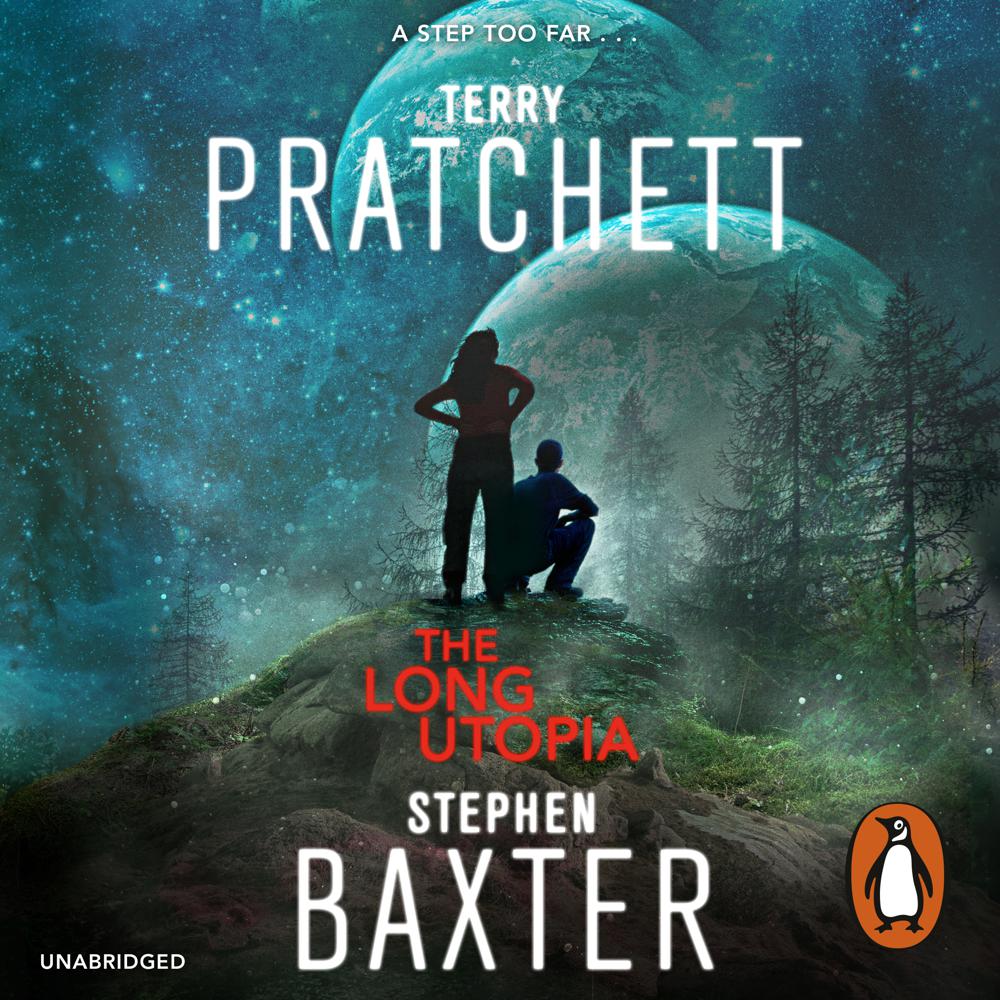 2045-2059. After the cataclysmic upheavals of Step Day and the Yellowstone eruption humanity is spreading further into the Long Earth, and society, on a battered Datum Earth and beyond, continues to evolve.

Now an elderly and cantankerous AI, Lobsang lives in disguise with Agnes in an exotic, far-distant world. He’s convinced they’re leading a normal life in New Springfield – they even adopt a child – but it seems they have been guided there for a reason. As rumours of strange sightings and hauntings proliferate, it becomes clear that something is very awry with this particular world.

Millions of steps away, Joshua is on a personal journey of discovery: learning about the father he never knew and a secret family history. But then he receives a summons from New Springfield. Lobsang now understands the enormity of what’s taking place beneath the surface of his earth – a threat to all the worlds of the Long Earth.

To counter this threat will require the combined efforts of humankind, machine and the super-intelligent Next. And some must make the ultimate sacrifice . . .

The Long Earth novels are beautifully visual and wittily imagined . . . The Long Utopia . . . serves to remind us just how bewitching and rich this series is, how beautiful is its writing, and vivid its imagination.

There's the sense of two enviably talented writers having fun as they play in an infinite fictional universe.

A triumph . . . brings fresh and exciting concepts to an SF staple (paralell worlds) while keeping credible human characters at their heart . . . as testament both to the diversity of Sir Terry Pratchett's writing, and the skill of Stephen Baxter's, The Long Earth series deserves a place on the bookshelves of hardcore SF fans and general readers alike.

There's plenty of fun to be had from this . . . a hymn to the joys of unfettered world-building . . . but if the pace of plotting is gentle, the restless inventiveness more than compensates.

Rich in an awe-inspiring sense of wonder, with mind-boggling concepts thrown out like sparks from a Catherine wheel.