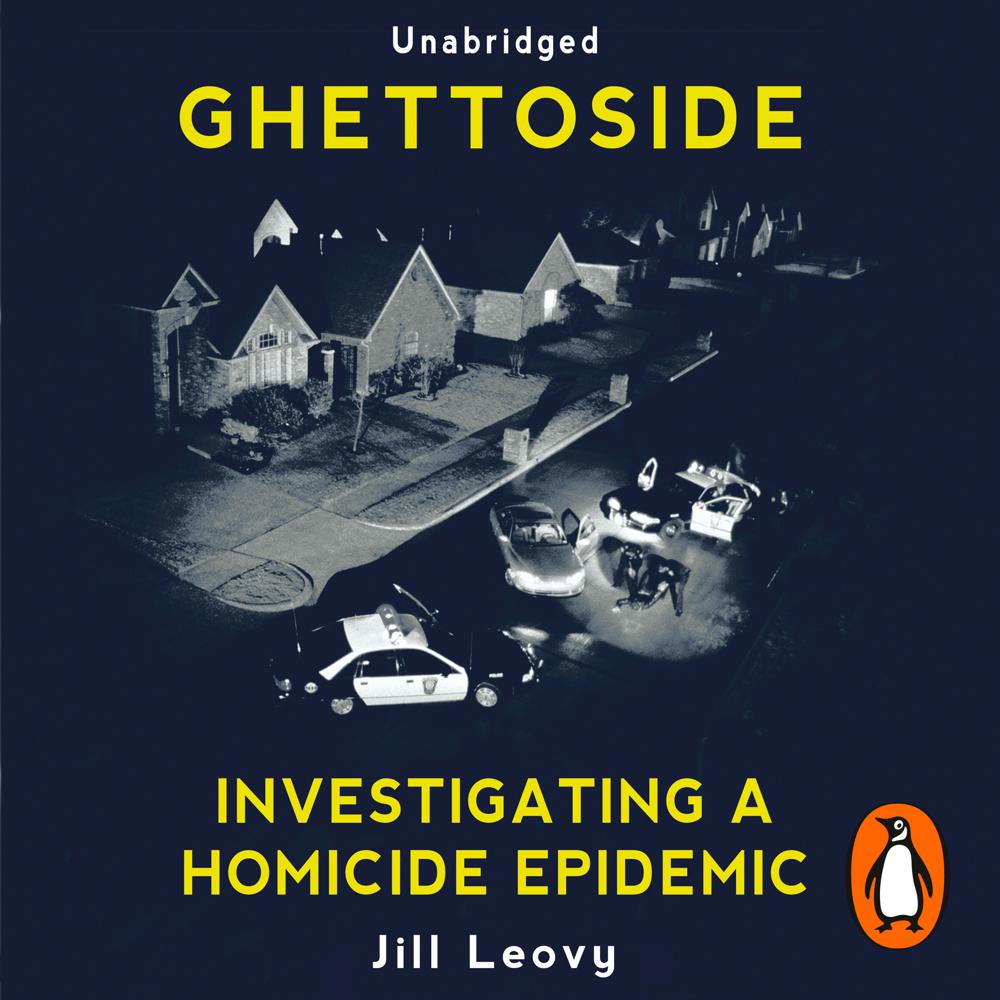 Why would you kill your neighbour?

Based on the best part of a decade embedded with the homicide units of the LAPD, this groundbreaking work of reportage takes us onto the streets, inside the homes and into the lives of a community wracked by a homicide epidemic.

Through the gripping story of one particular murder – of an eighteen-year-old boy named Bryant Tennelle, gunned down one evening in spring for no apparent reason – and of its investigation by a brilliant, ferociously driven detective – a blond, surfer-turned-cop named John Skaggs – it reveals the true origins of such violence, explodes the myths surrounding policing and race and shows that the only way to reverse the cycle of violence is with justice.

‘Powerful, gripping … What sets Ghettoside apart from the slew of factual police procedurals published every year, is a compelling analysis of the factors behind the epidemic of black-on-black homicide, and the beginnings of a policy prescription for tackling it. This makes Ghettoside an important book, which deserves a wide audience

Simply one of the finest books ever written about crime in LA – and crime in America, for that matter … Tremendously touching … astonishing … achieves greatness through its ability to be both timely and timeless

Superbly told. A provocative examination of how and why murder happens and a fast-paced crime narrative

It's to the author's credit that Ghettoside is so hard to put down, and that you wind up caring for everyone involved. When killers are caught, you don't feel victorious so much as sad. Another life wasted. Unlike a detective novel where you think, "Well, that happened," here there's the sense of the grinding wheel, one gang-related murder after another. On and on and on. It's relentless and brutal, and Jill Leovy's account of it is art.

What an amazing book – totally gripping

Thoroughly engrossing. The bravest book about race and crime I’ve ever read

A serious and kaleidoscopic achievement … Nestled inside the story of one gang-related killing is a well-made and timely argument — especially in the wake of the protests in Ferguson, Mo., and over the death of Eric Garner — that transcends a single death … tidal in its force … displaying an almost Tolstoyan level of human sympathy … Ms. Leovy is excellent on the street-level detective work … She is just as excellent on the resulting court proceedings … Her answers are complex and persuasive … a crisp writer with a crisp mind and the ability to boil entire skies of information into hard journalistic rain

Gritty reporting that matches the police work behind it… Her premise is simple, powerful and runs counter to prevailing views. … masterful… clear and compelling

Ghettoside, if there’s any justice, will be the most important book about urban violence in a generation. And in one of those rare moments of utter kismet, it has appeared just when we need it most … it is no secret that America has a problem with black-on-black violence. But what Leovy understands is why … This is not about America or Los Angeles or black neighborhoods, Leovy shows. It’s about law … Ghettoside should change our understanding of and the debate about what’s going on in our most troubled neighborhoods … The book should bring some much-needed balance to the current debate about what post-Ferguson policing should look like … She is exactly right, and she has done an enormous public service in making what should be obvious, and has not been, obvious once again

Lucid, revelatory, superbly written, incredibly timely. I was astonished by Jill Leovy's Ghettoside in which police and race in America are examined with forensic skill and furious, exceptional prose. Unmissable.

The best crime journalism since Serial

What makes Ghettoside so special — and enduring — is not its argument but its emotional content … Leovy refuses to allow the black residents of South LA to be reduced to data points. She grabs us by the chin and makes us see: these are mothers, fathers, children. These lives matter. These deaths matter. These experiences matter

Told with the chilling detail and gripping pace of a prime-time drama ... Leovy weaves in other heartbreaking stories ... a compelling report from the trenches

Beyond impressive. She wears her research lightly, weaving heavy statistical lifting through delicately nuanced, sensitively handled personal narratives … filled with riveting snippets of social history … a superb and dogged work of reporting with a gripping narrative … a hugely impressive work

Riveting … extraordinary … For long passages, it enveloped and transported me more completely than any other work of nonfiction I have ever read

Fantastic. Not just a gritty, heart-wrenching, and telling book, but an important one. Everyone needs to read this book

Mind-blowing in its forensic detail, Ghettoside's insight into post-Michael Brown, post-Eric Garner America cannot be overstated. This is the best corrective to all those who wring their hands in despair in the face of race, social justice and policing in the United States

Destined to become a classic of crime writing

Exceptional. This book will take an honoured place on the shelf that includes David Simon's classic Homicide