H is for Hawk
Helen Macdonald 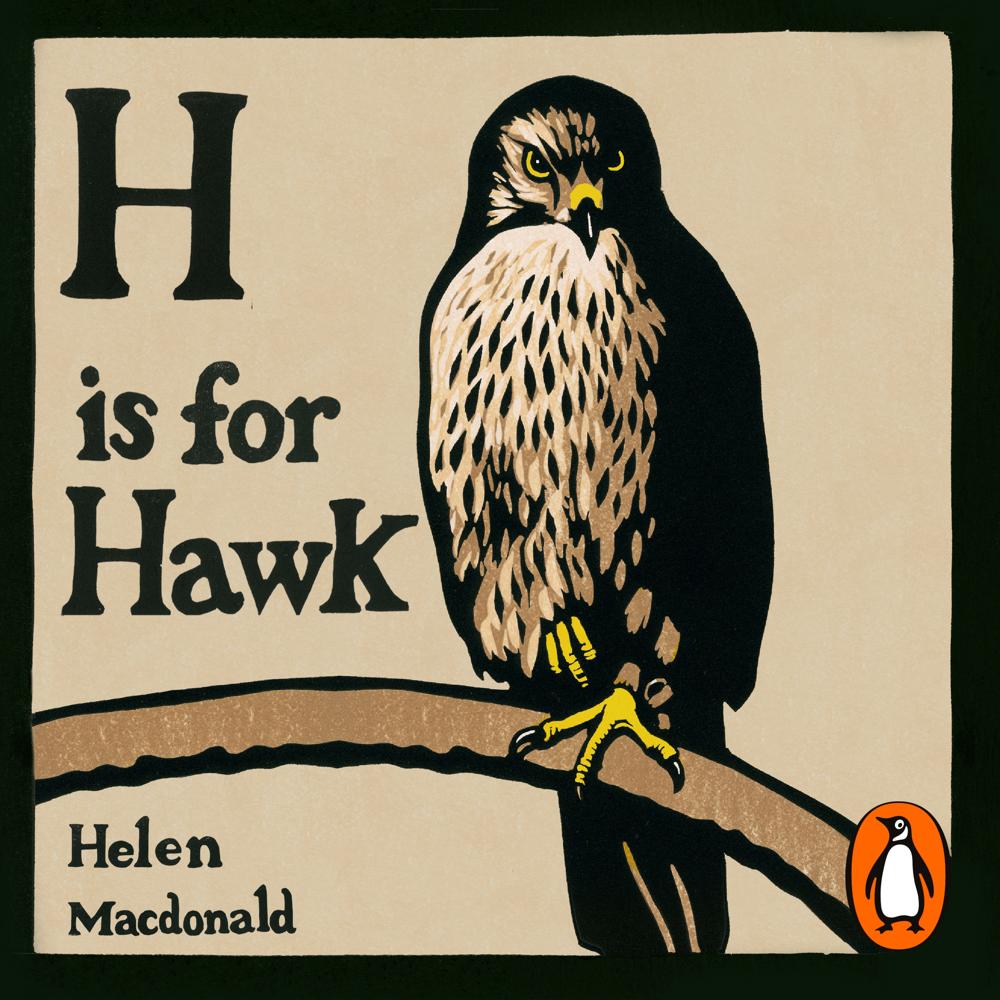 As a child Helen Macdonald was determined to become a falconer. She learned the arcane terminology and read all the classic books, including T. H. White’s tortured masterpiece, The Goshawk, which describes White’s struggle to train a hawk as a spiritual contest.

When her father dies and she is knocked sideways by grief, she becomes obsessed with the idea of training her own goshawk. She buys Mabel for £800 on a Scottish quayside and takes her home to Cambridge. Then she fills the freezer with hawk food and unplugs the phone, ready to embark on the long, strange business of trying to train this wildest of animals.

‘To train a hawk you must watch it like a hawk, and so gain the ability to predict what it will do next. Eventually you don’t see the hawk’s body language at all. You seem to feel what it feels. The hawk’s apprehension becomes your own. As the days passed and I put myself in the hawk’s wild mind to tame her, my humanity was burning away.’

Destined to be a classic of nature writing, H is for Hawk is a record of a spiritual journey - an unflinchingly honest account of Macdonald's struggle with grief during the difficult process of the hawk's taming and her own untaming. At the same time, it's a kaleidoscopic biography of the brilliant and troubled novelist T. H. White, best known for The Once and Future King. It's a book about memory, nature and nation, and how it might be possible to try to reconcile death with life and love.

Narrated by the Author.

I'm convinced it's going to be an absolute classic of nature writing.

I can't remember the last time a book made me feel so many different things in such quick succession.

H is for Hawk is a dazzling piece of work: deeply affecting, utterly fascinating and blazing with love and intelligence… The result is a deeply human work shot through…with intelligence and compassion… I will be surprised if a better book than H is for Hawk is published this year.

This beautiful book is at once heartfelt and clever in the way it mixes elegy with celebration: elegy for a father lost, celebration of a hawk found - and in the finding also a celebration of countryside, forbears of one kind and another, life-in-death. At a time of very distinguished writing about the relationship between human kind and the environment, it is immediately pre-eminent.