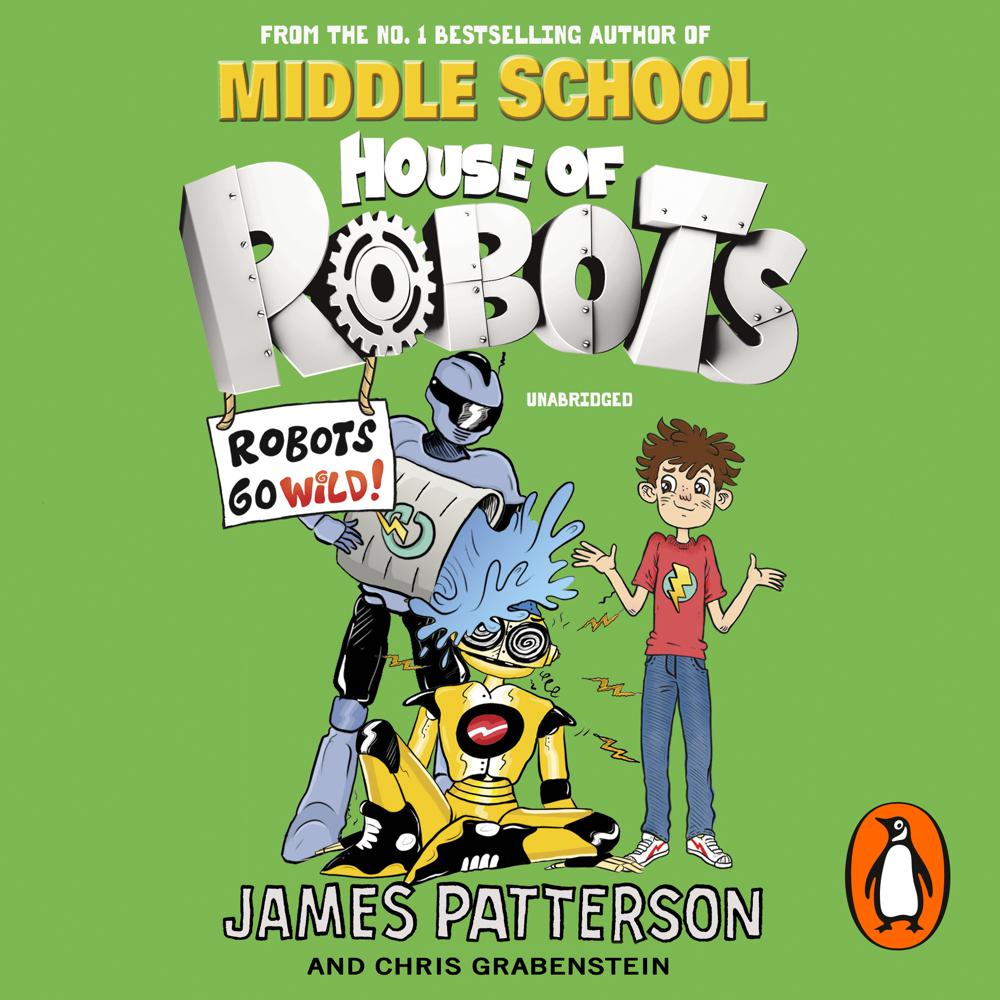 In book two of the House of Robots series, it's 'bot brains versus 'bot brawn in an all-out war!

Sammy Hayes-Rodriguez and his 'bro-bot' E are making new friends every day as E works as his bedridden sister Maddie's school proxy. But disaster strikes when E malfunctions just in time to be upstaged by the super-cool new robot on the block – and loses his ability to help Maddie. Now it's up to Sammy to figure out what's wrong with E and save his family!

Includes a bonus PDF of illustrations to accompany the audiobook.