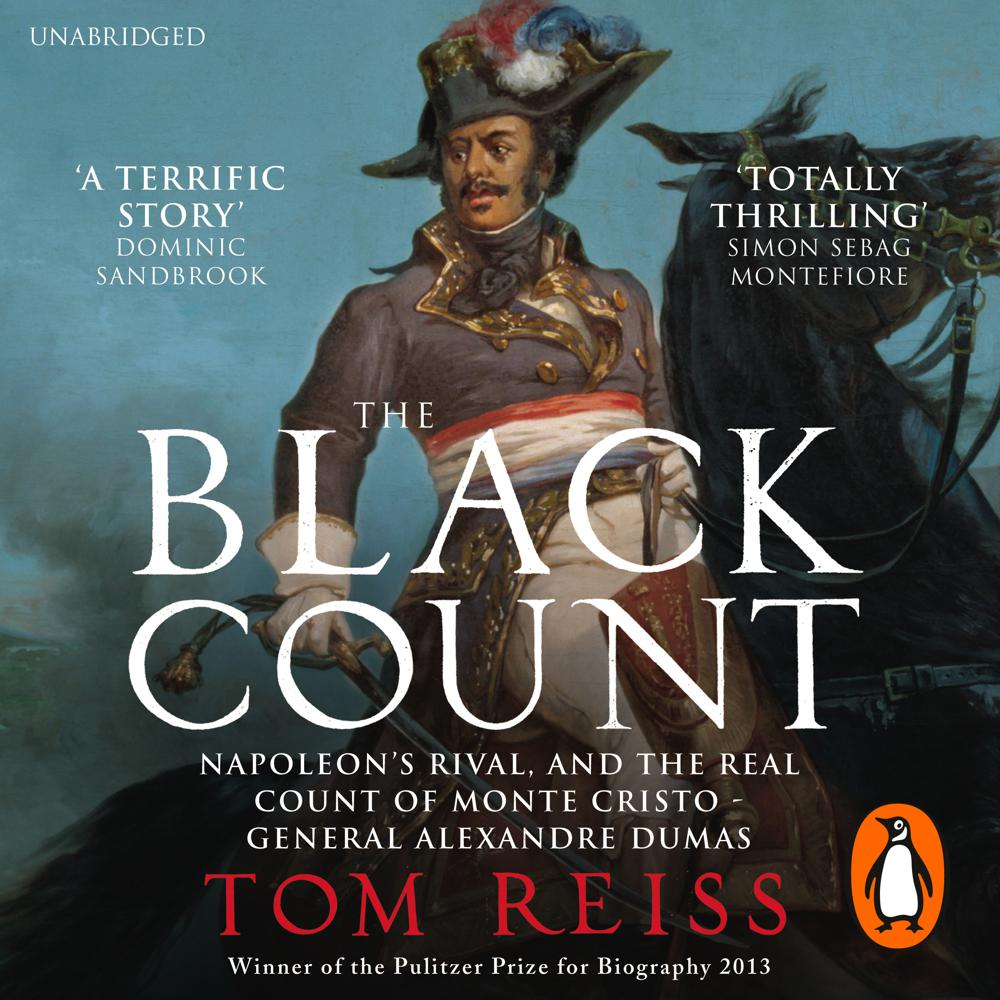 Winner of the 2013 Pulitzer Prize for Biography.

Who was the real Count of Monte Cristo? In this extraordinary biography, Tom Reiss traces the almost unbelievable life of the man who inspired not only Monte Cristo, but all three of the Musketeers: the novelist's own father.

Born in St Dominigue in 1762, the son of a French nobleman and a sugar plantation slave, General Alexandre Dumas did not have an auspicious start in life. Things got worse when his father sold him into slavery to pay his passage back to Normandy. But six months later, Dumas' fortunes changed. His father bought him out of slavery and raised him in France, where Dumas went to the nation's finest schools and fencing academies, and having enrolled in the army became known as France's most handsome and strongest soldier. By the time Napoleon invaded Egypt, Dumas was his top cavalry commander.

But Napoleon was threatened by the physical prowess and popularity of this black nobleman. He engineered his disgrace and imprisonment, and to please the sugar growers reintroduced slavery. A brief flowering of freedom and equality was over and forgotten, but Dumas' legacy would live on in the novels of the son who adored him.

Reiss tells this tale with magisterial authority. Long years of research have led him across Europe, the Caribbean and the Middle East in search of forgotten documents. He has journeyed through the Alps where Dumas scaled unscalable ice cliffs. He has walked the streets of Cairo where Dumas' intrepid cavalry charge is still remembered. The result is an enthralling book that entertains, astounds and triumphantly resurrects a lost hero from the world's first multiracial society.

Tom Reiss can do it all: gather startling research and write inspired prose; find life's great stories and then tell them with real brilliance. In The Black Count the master journalist-storyteller opens the door to the truth behind one of literature's most exciting stories, and opens it wide enough to show the delicate beauty of the lives within

We believe we know the glories of the French Revolution and the Napoleonic Wars. We believe we understand the horror of slavery and the oppression of Africans. But what is the relationship between the grand goal of liberation and the deep tragedy of racism? As Reiss shows us, answers can be found in the extraordinary life of a forgotten French hero of the great revolutionary campaigns - a hero who was black