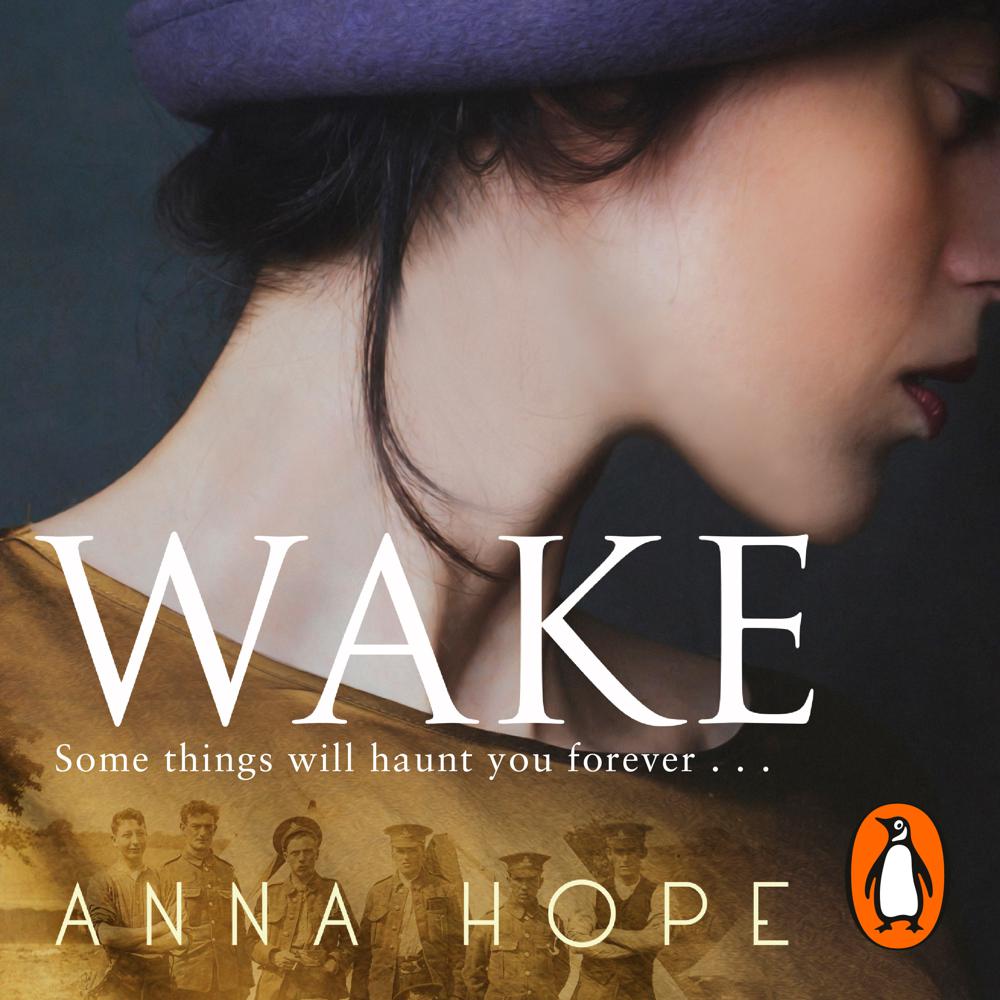 Five Days in November, 1920:
As the body of the Unknown Soldier makes its way home from the fields of Northern France, three women are dealing with loss in their own way: Hettie, who dances for sixpence a waltz at the Hammersmith Palais; Evelyn, who toils at a job in the pensions office, and Ada, a housewife who is beset by visions of her dead son. One day a young man comes to her door. He carries with him a wartime mystery that will bind these women together and will both mend and tear their hearts.

A portrait of three intertwining lives caught at the faultline between empire and modernity, Wake captures the beginnings of a new era, and the day the mood of the nation changed for ever

A tender and timely novel, full of compassion and quiet insight. The author gives us a moving and original glimpse into the haunted peace after the Great War, her characters drawn by the gravity of the unmarked, the unknown and perhaps, finally, the unhoped for.

A compelling and emotionally charged debut about the painful aftermath of war and the ways - small, brave or commonplace - that keep us going. It touches feelings we know, and settings - dance halls, war front, queues outside the grocer - that we don't. I loved it.

A moving novel about the aftershock of the 1914-1918 conflict. ... unlikely many will prove better than Anna Hope's Wake

Wake is powerful and humane; a novel that charms and beguiles. Anna Hope's characters are so real; flawed and searching, and her prose so natural, one almost forgets how very great a story she is telling.