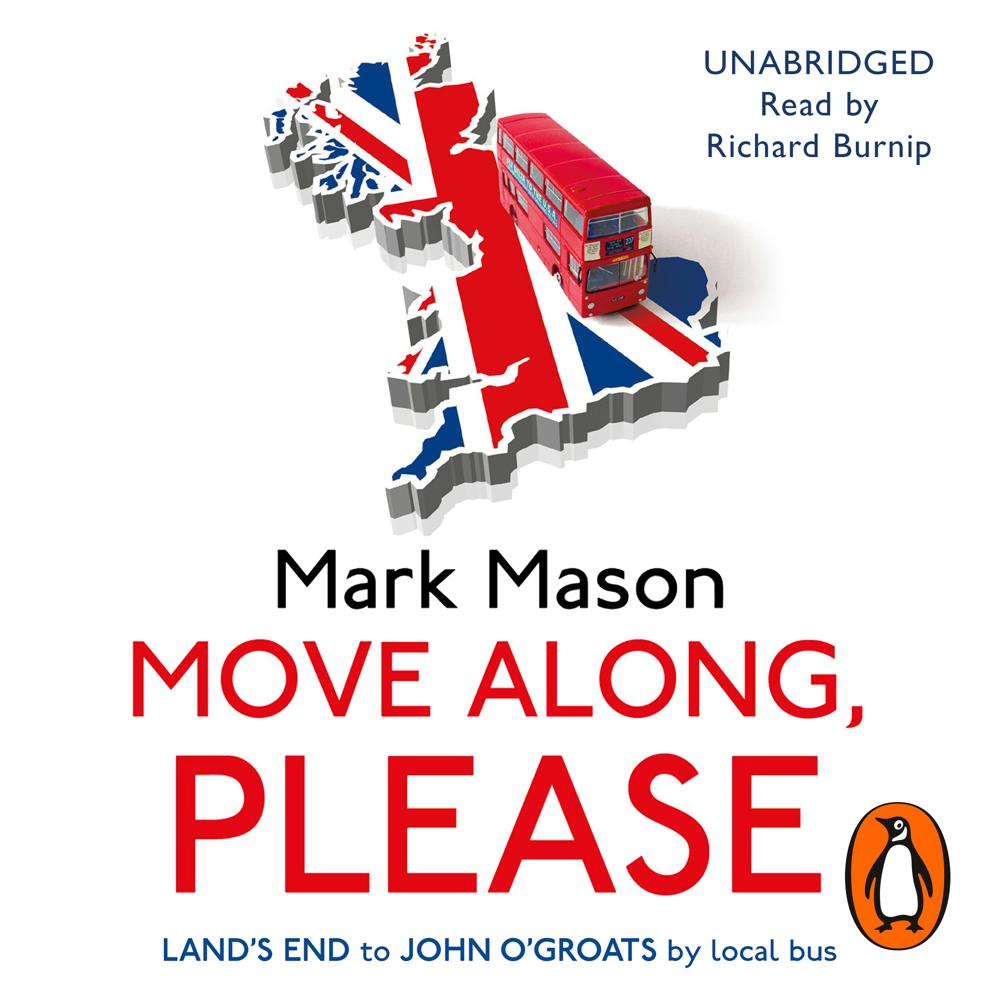 At 10.41am on a Tuesday morning in September, Mark Mason boards the number 1A bus at Land’s End in Cornwall. Forty-six buses and eleven days later he disembarks at John O’Groats in Scotland. Move Along Please is his account of that gruelling 1100-mile odyssey; a paint-by-bus-numbers portrait of Britain.
Along the way he visits everywhere from the village where the internet enters Britain to the urban sprawl of Birmingham (inspiration for the Two Towers in Lord of the Rings). He samples staples of the British diet from curry to the deep-fried Mars Bar, and uncovers countless fascinating facts about his native land – did you know, for example, that Crewe Alexandra football club is named after the wife of Edward VII, that Loch Ness could hold the water from all the lakes in England and Wales, or that there is a village which rejoices in the name Tongue End?
Set against the backdrop of 2000 years of history and with a full supporting cast drawn from that most unusual of species, the Great British Public, this is the unmissable story of a man rediscovering his nation in all its idiosyncratic glory.

This book should be on the National Curriculum.

The facts just spill out over the pages - so much you can learn.