Funny Thing Happened On The Way To Heaven
Corey Taylor 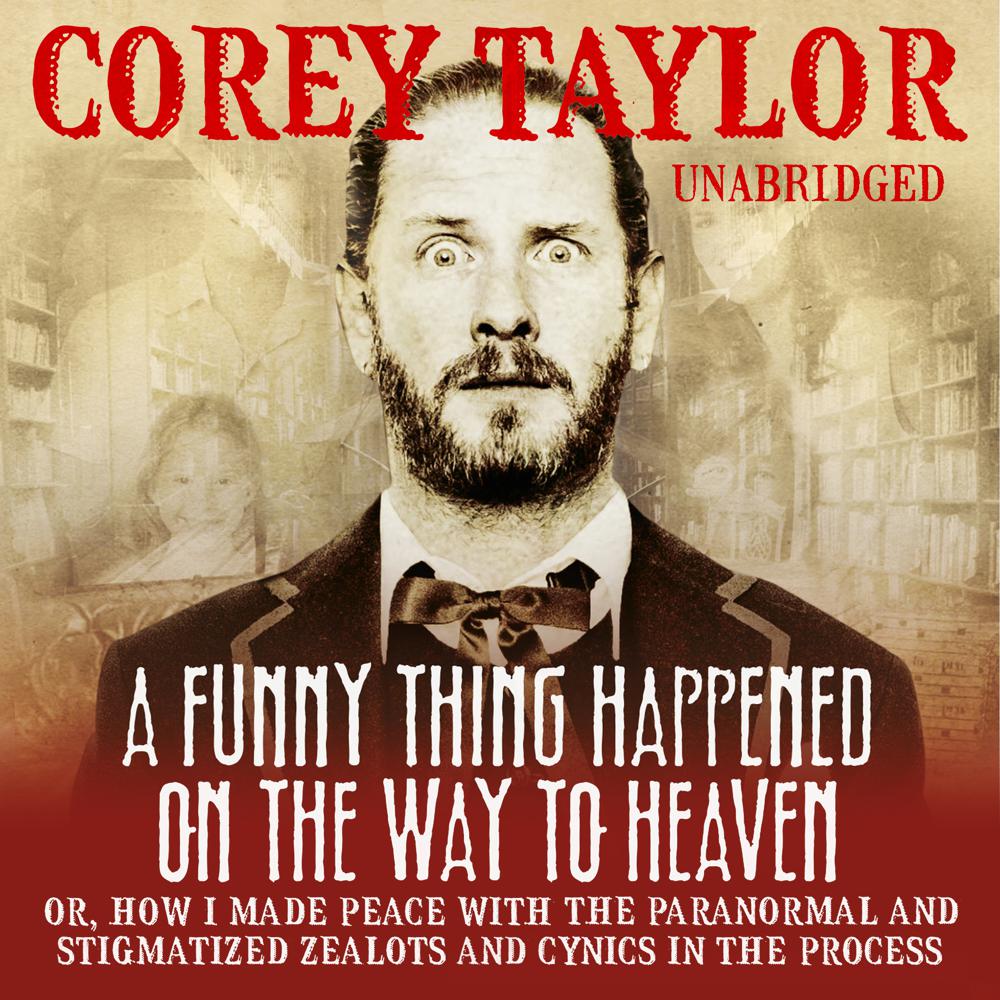 Corey Taylor has seen a lot of unbelievable things. The Grammy Award-winning singer of Slipknot and Stone Sour's curiosity has drawn him into situations that would’ve sent most people screaming scared and running for the hills. Corey’s ballsy enough to go into the darkness and deal with the consequences though. As a result, he’s seen ghosts up close and personal, whether it be while combing through an abandoned house in his native Iowa as a child or recording an album in the fabled Houdini Hollywood Hills mansion. He’s also got the memories (and scars) to prove it. For some reason, he can’t seem to shake these spectral stories, and that brings us to this little tome right here...

At the same time, being an erudite, tattooed, modern Renaissance Man, he never bought into the whole God thing. Simply put, he’s seen ghosts, but he hasn’t seen Jesus. Corey especially can’t find a reason why people do the insane things they do in HIS name. That’s where everything really gets interesting.

His second book, A Funny Thing Happened on the Way to Heaven, compiles Corey’s most intimate, incredible, and insane moments with the supernatural. His memories are as vivid as they are vicious. As he recounts these stories, he questions the validity of religious belief systems and two-thousand-year-old dogma. As always his rapid-fire writing, razor sharp sense of humour, unbridled honesty, and cosy anecdotes make quite the case for his point. You might end up believing him or not. That’s up to you, of course. Either way, you’re in for a hell of ride.

The outrageous sequel to Corey Taylor's Seven Deadly Sins is now available as an audiobook.

He’s done it again, folks, put out a piece of art and work that will leave you speechless and thinking harder than you have in awhile. Taylor’s second book…is probably more highly-anticipated than his first book and will have your hair standing on end, chills down your spine while making you laugh hysterically at some parts…A well-written, in-depth, intellectual and bone-chilling piece of work that will go down in history as one of the best books written by a metal singer of all time.