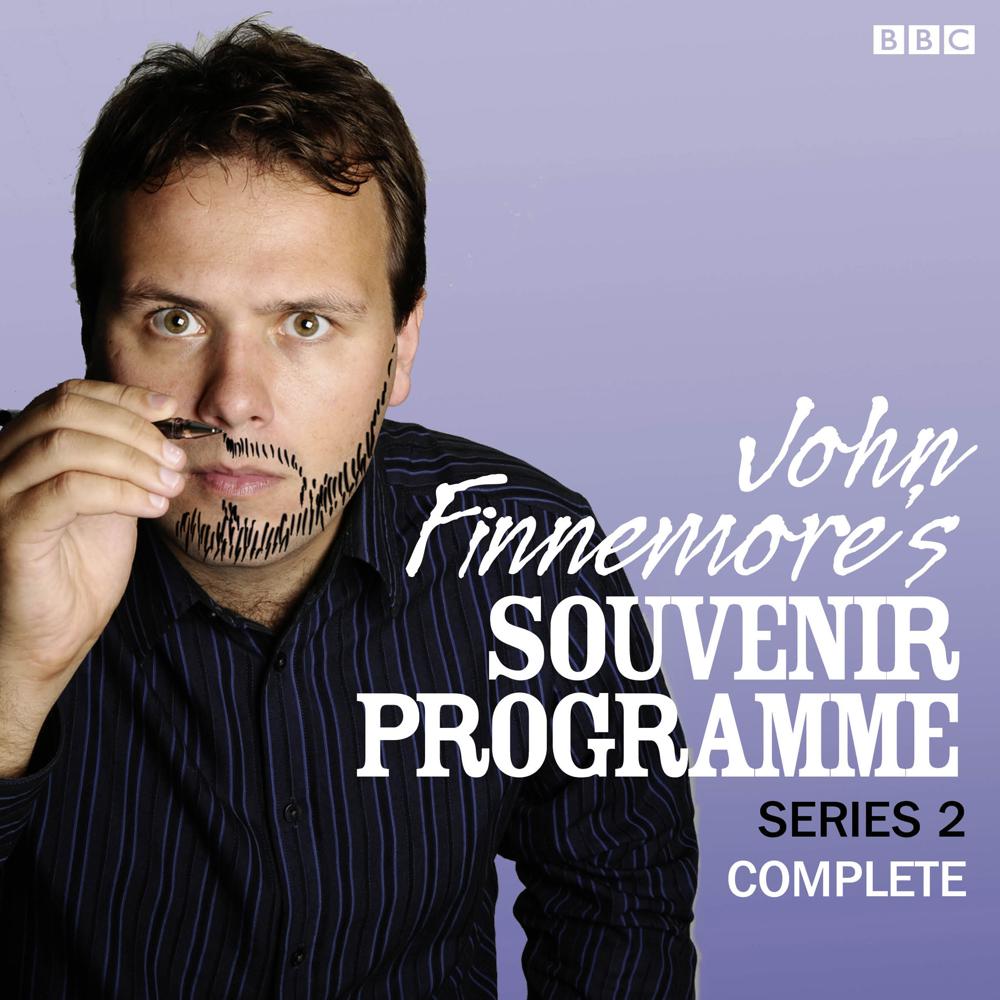 In these six episodes, which make up the complete second series, you'll hear some moth-based lunacy, an awkward celestial relationship, a heartwarming tale of the days before health and safety, a sketch about messengers, a sketch about alchemy and a sketch about the word sketch. Plus, how The Archers sounds to people who don't listen to The Archers and the world's oldest hymn - as well as many other sketches featuring acute observations and wonderful wordplay. John Finnemore's Souvenir Programme is written by and stars John Finnemore (The Now Show, Miranda, That Mitchell and Webb Look). It also features Carrie Quinlan (The News Quiz, The Late Edition), Lawry Lewin (The Life & Times of Vivienne Vyle, Horrible Histories), Simon Kane (Six Impossible Things) and Margaret Cabourn-Smith (Lab Rats, A Very British Cult).

the best sketch show in years, on television or radio