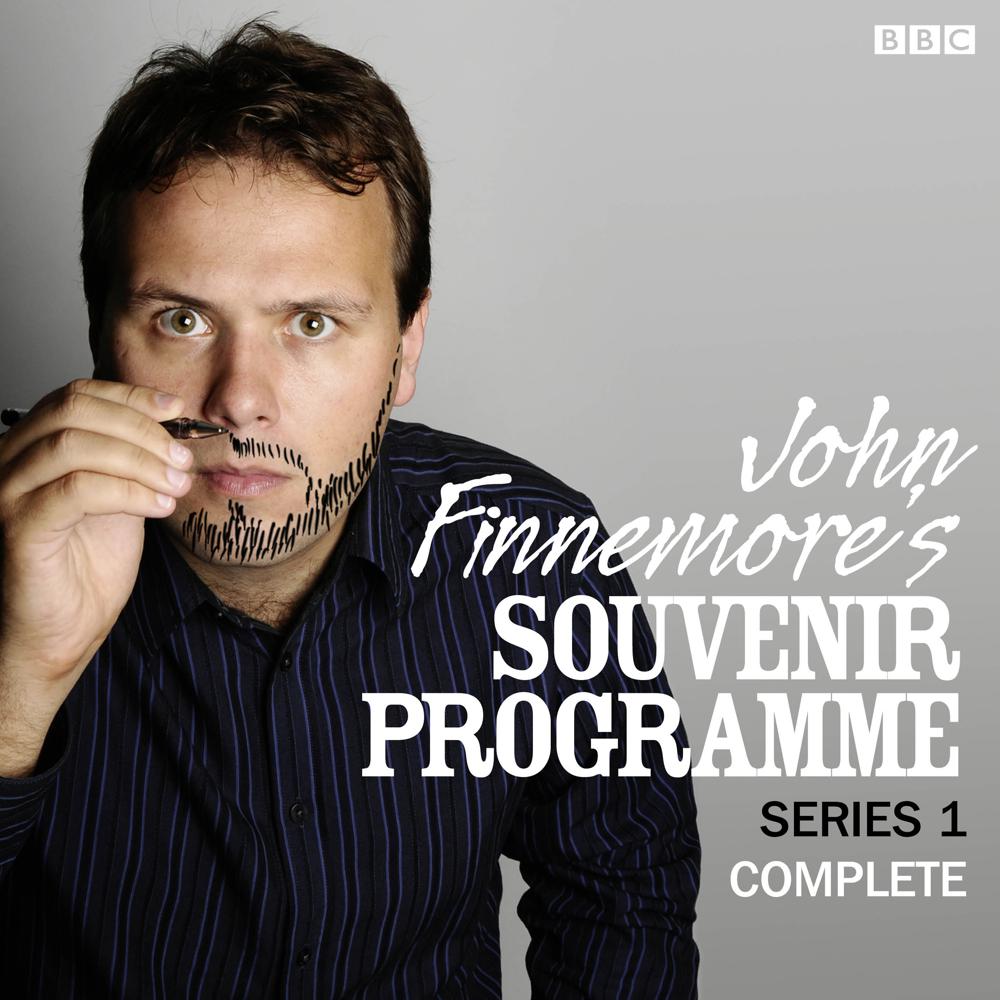 John Finnemore, writer and star of Cabin Pressure, returns in four episodes of his own sketches, as heard on BBC Radio. These episodes feature a tiger with a gun, reveal the truth behind the war effort, visit some documentary-makers, has a big debate and then treats itself to a little trophy. Plus, there are also some musical interludes from the zoo. John Finnemore's Souvenir Programme is written by and stars John Finnemore (The Now Show, Miranda, That Mitchell and Webb Look). It also features Carrie Quinlan (The News Quiz, The Late Edition), Lawry Lewin (The Life & Times of Vivienne Vyle, Horrible Histories) and Simon Kane (Six Impossible Things).

head, shoulders and some of the torso above most radio comedy: every sketch is a clever idea neatly executed, with tricksy wordplay and dazzling ideas