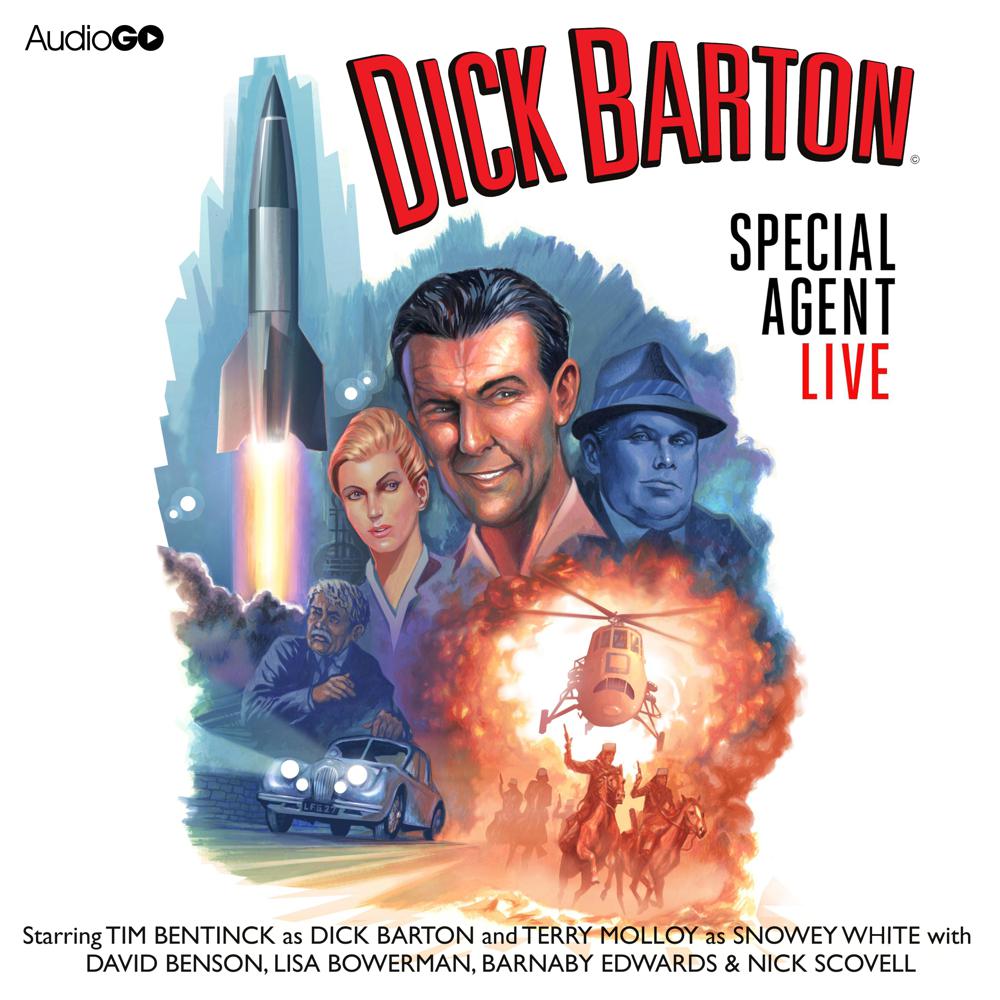 Dick Barton is back, in a special live recording!

In the 1940s and 1950s Dick Barton - Special Agent rode the BBC radio airwaves triumphantly. In every thrilling instalment ex-Commando Dick faced peril and menace in the name of crime solving, ably assisted by his friends.

In 2013, Dick Barton returned for a one-off show at Leicester's Y Theatre. The production used original radio scripts from 1951 and period equipment in order to present a faithful recreation of a vintage studio recording. The resulting adventure stars Tim Bentinck (David Archer in The Archers) as Dick with Terry Molloy (Mike Tucker in The Archers and Davros in Doctor Who) as his faithful companion Snowy White.

With a supporting cast including David Benson, Lisa Bowerman, Barnaby Edward and Nick Scovell, this is the recording of a Special Agent’s very special event.