Valley of the Shadow
Carola Dunn 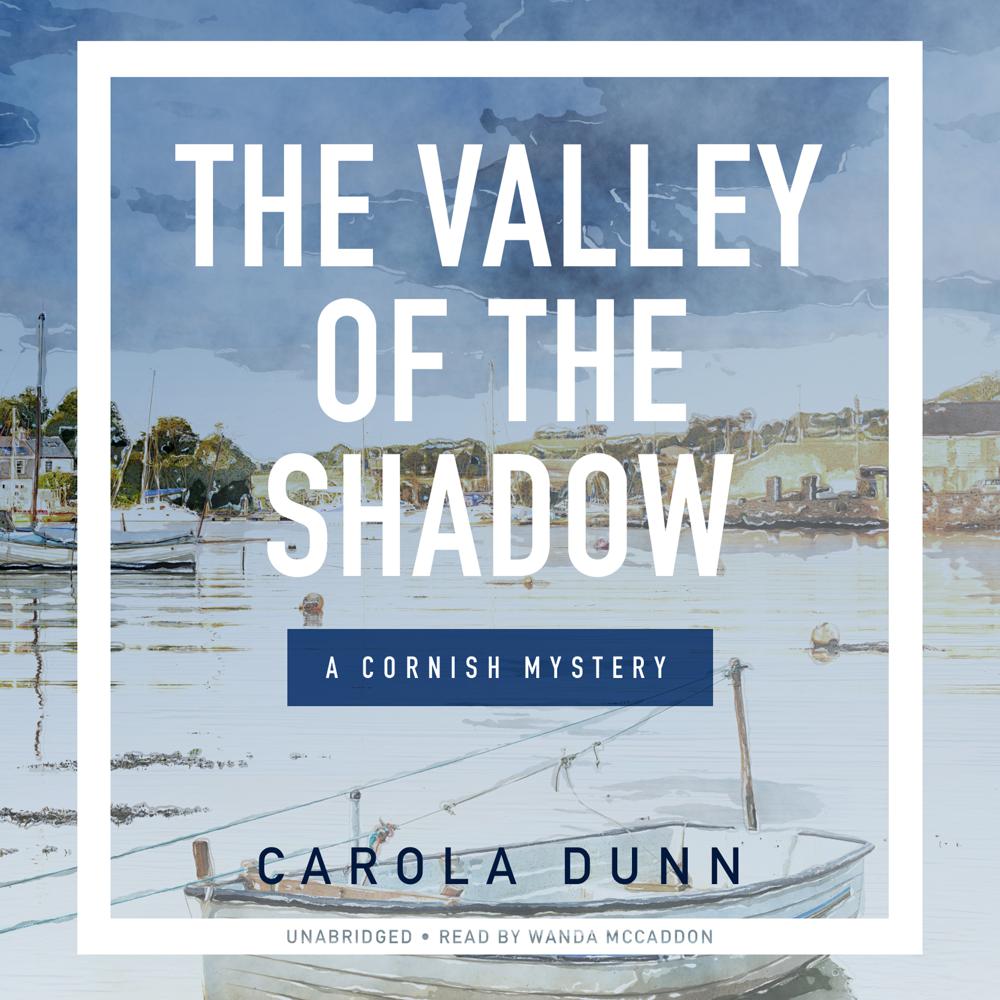 While out on a walk, Eleanor Trewynn, her niece Megan, and her neighbor Nick spot a young, half-drowned Indian man floating in the water. Delirious and concussed, he utters a cryptic message about his family being trapped in a cave and his mother dying. The young man, unconscious and unable to help, is whisked away to a hospital while a desperate effort is mounted to find the missing family in time.

The local police inspector presumes that they are refugees from East Africa, abandoned by the smugglers who brought them into England. While the Cornwall countryside is being scoured for the family, Eleanor herself descends into a dangerous den of smugglers in a desperate search to find the man responsible while there is still time.

“Dunn lives up to her reputation for cozies that take on serious stuff, allowing her ragtag bunch of investigators to unearth a story with roots deep in international politics.”

“Set in the fictional village of Port Mabyn, in Cornwall, England, in the late 1960s, this entry highlights the immigration troubles of Indians with British passports, who, when forced to leave their homes, were not welcomed in other countries, including England.”

“Dunn’s third Cornish adventure…offers strong female characters, a double helping of tension, and the revival of some largely forgotten history.”