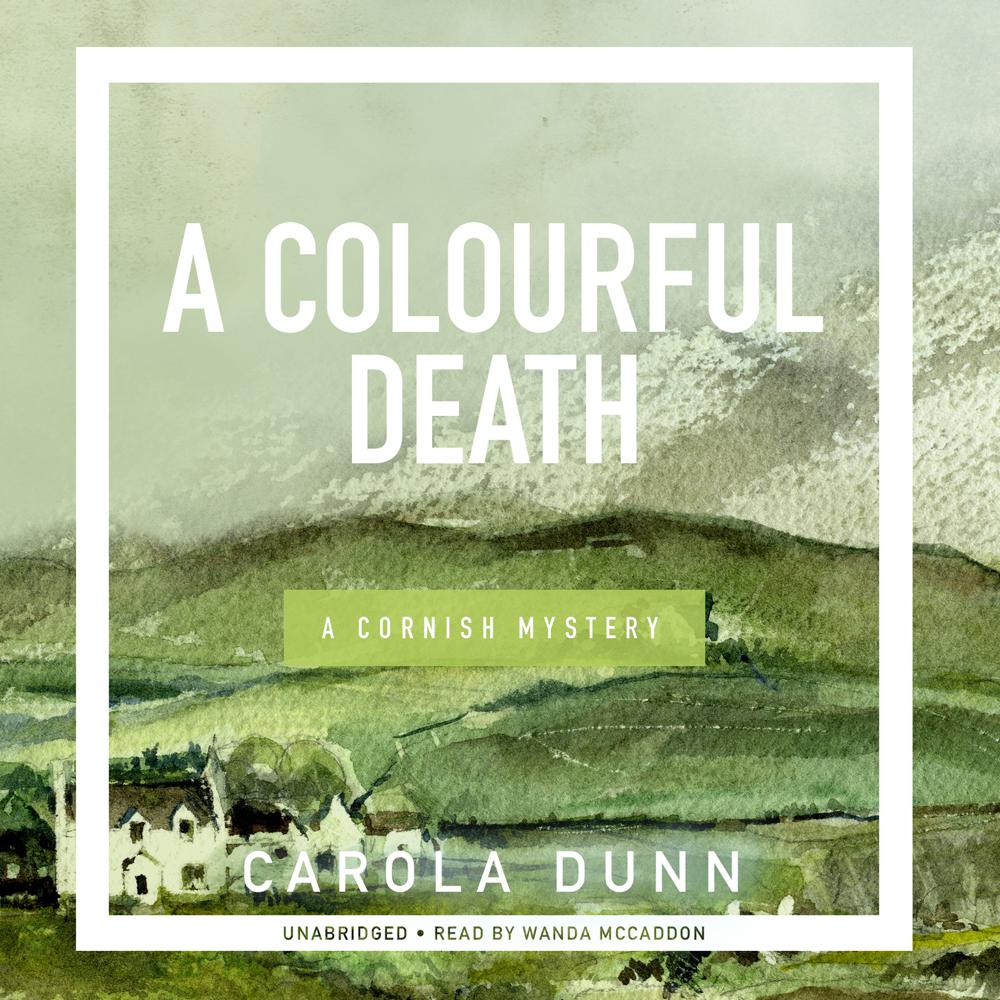 Eleanor Trewynn is a recently retired widow who has moved to the small village of Port Mabyn in Cornwall. Neither frail nor retiring, after a lifetime of traveling the world, she’s ready for an uneventful life with her dog and friends in this quiet town. Unfortunately, excitement seems to happen around her.

Her friend and neighbor, artist Nick Gresham, returns from a trip only to find several of his paintings slashed, reportedly by rival local artist Geoffrey Clarke. When Nick goes to have it out with him, with Eleanor in tow, they find Clarke’s body in his studio, fatally stabbed in the back. Accused of the crime, Nick ends up in jail, while Detective Inspector Scumble and DS Megan Pencarrow, Eleanor’s niece, investigate. But in A Colourful Death, the second Cornish Mystery from Carola Dunn, Eleanor isn’t leaving anything to chance—she starts doing a little investigating of her own, and soon learns that Nick is far from the only one with a compelling motive for murder.