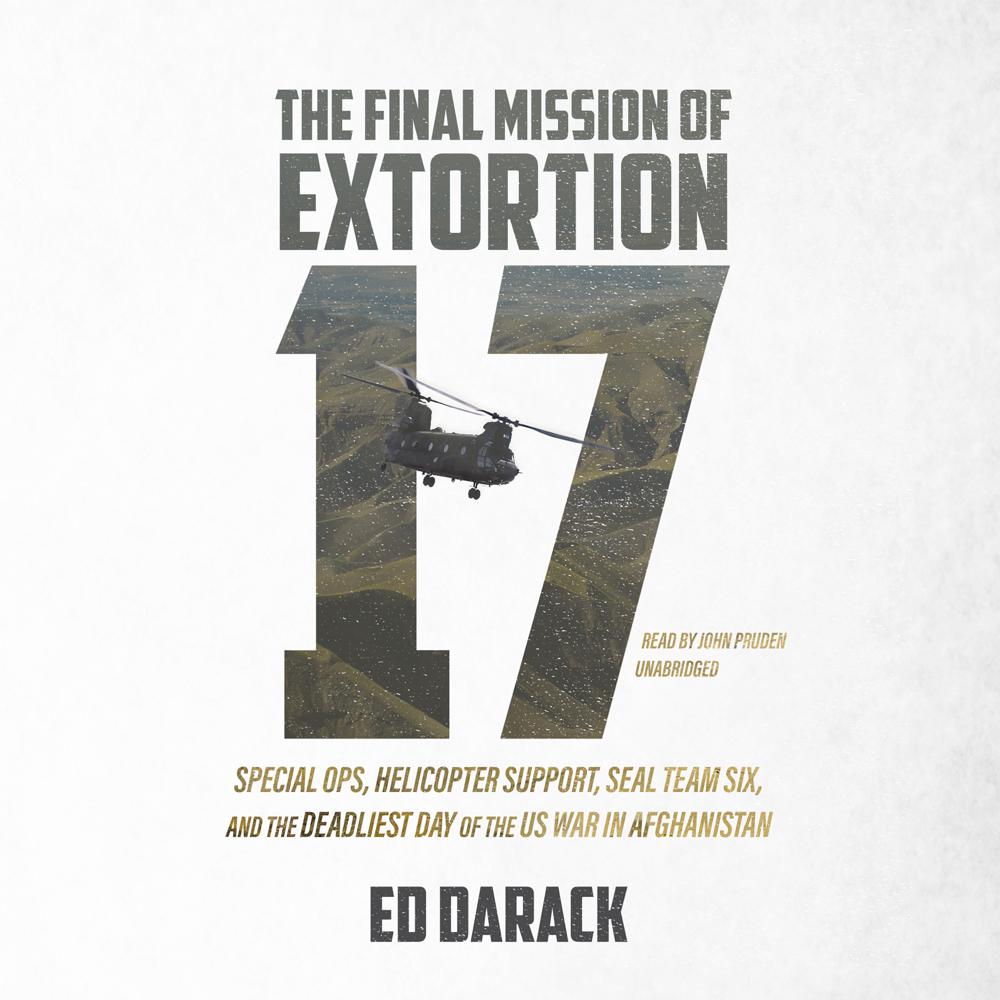 On August 6, 2011, a US Army CH-47D Chinook helicopter approached a landing zone in Afghanistan forty miles southwest of Kabul. The helicopter, call sign Extortion 17, was on a mission to reinforce American and coalition special operations troops. It would never return. Insurgents fired at the Chinook, severed one of its rear rotor blades, and brought it crashing to the ground. All thirty-eight onboard perished instantly in the single greatest moment of sacrifice for Americans in the war in Afghanistan.

Those killed were some of the United States’ most highly trained and battle-honed commandos, including fifteen men from the Gold Squadron of the Naval Special Warfare Development Group, known popularly as SEAL Team 6, which had raided a Pakistan compound and killed Osama bin Laden just three months earlier.

The downing of Extortion 17 spurred a number of conspiracy theories, such as the idea that the shootdown was revenge for bin Laden’s death. In The Final Mission of Extortion 17, Ed Darack debunks this theory and others and uncovers the truth behind this mysterious tragedy. His account of the brave pilots, crew, and passengers of Extortion 17 and the events of that fateful day is interwoven into a rich, complex narrative that also discusses modern joint combat operations, the history of the Afghan war to that date, US helicopter use in Afghanistan, and the new and evolving military technologies and tactics being developed to mitigate such tragedies now and in the future.

“Well-researched…Short, clear, and tersely written, Darack’s book is suited to readers interested in military affairs and is a fitting tribute to the Army aviators represented by the crew of Extortion 17.”

“Dramatizing the incident, based on real-time recordings from the orbiting support planes, Darack delivers a respectful salute to the dead amid detailed exemplification of the bravery of those fighting America’s protracted war in Afghanistan.”

“This is less of a narrative and more of a march through the events and circumstances, making it ideal for modern history buffs and military historians and perhaps less so for casual readers.”