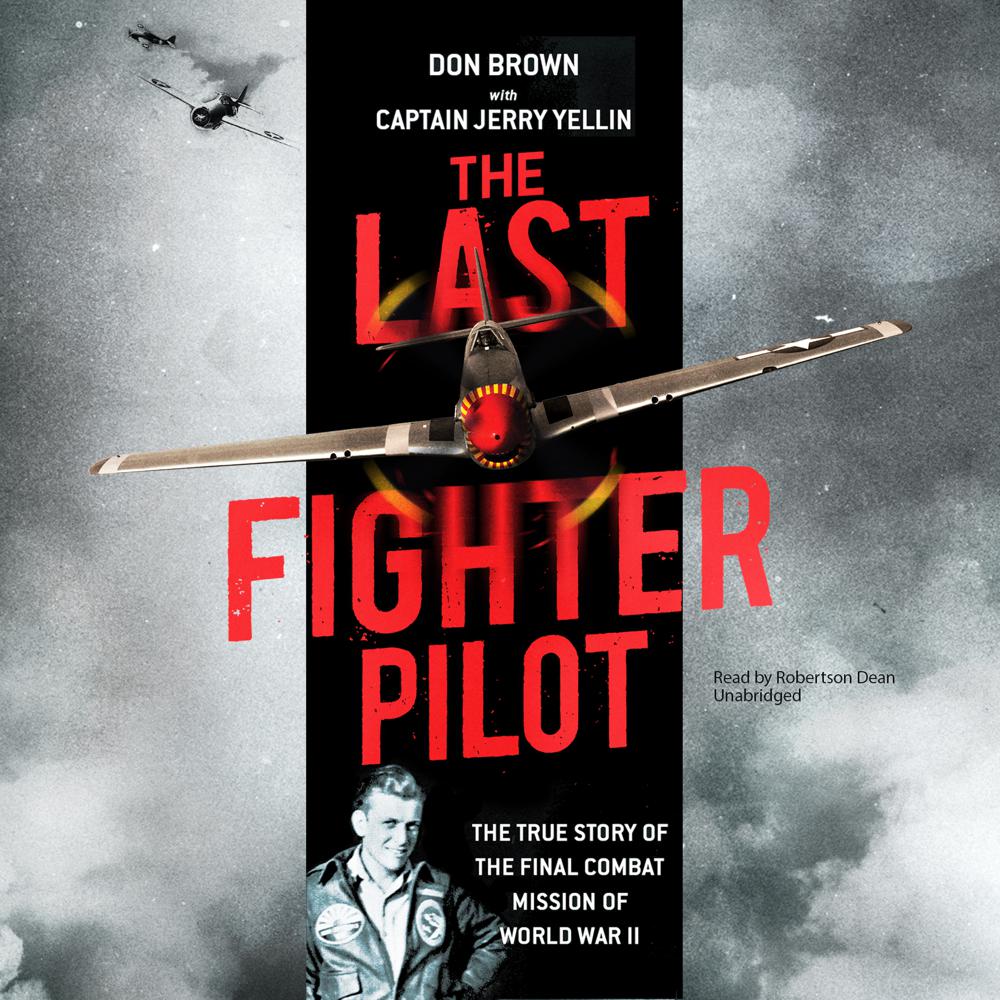 On the morning of August 15, 1945, Captain Jerry Yellin flew the last combat mission of World War II out of Iwo Jima. Today, Captain Yellin is a sharp, engaging, ninety-three-year-old veteran whose story is brought to life by bestselling author Don Brown (Treason).

From April to August of 1945, Captain Jerry Yellin and a small group of fellow fighter pilots flew dangerous bombing and strafing missions out of Iwo Jima over Japan. Even days after America dropped the atomic bombs—on Hiroshima on August 6 and Nagasaki on August 9—the pilots continued to fly. Though Japan had suffered unimaginable devastation, the emperor still refused to surrender.

Bestselling author Don Brown sits down with Yellin to tell the incredible true story of the final combat mission of World War II. Nine days after Hiroshima, on the morning of August 15, Yellin and his wingman First Lieutenant Philip Schlamberg took off from Iwo Jima to bomb Tokyo. By the time Yellin returned to Iwo Jima, the war was officially over—but his young friend Schlamberg would never get to hear the news. The Last Fighter Pilot is a harrowing first-person account of war from one of America’s last living World War II veterans.