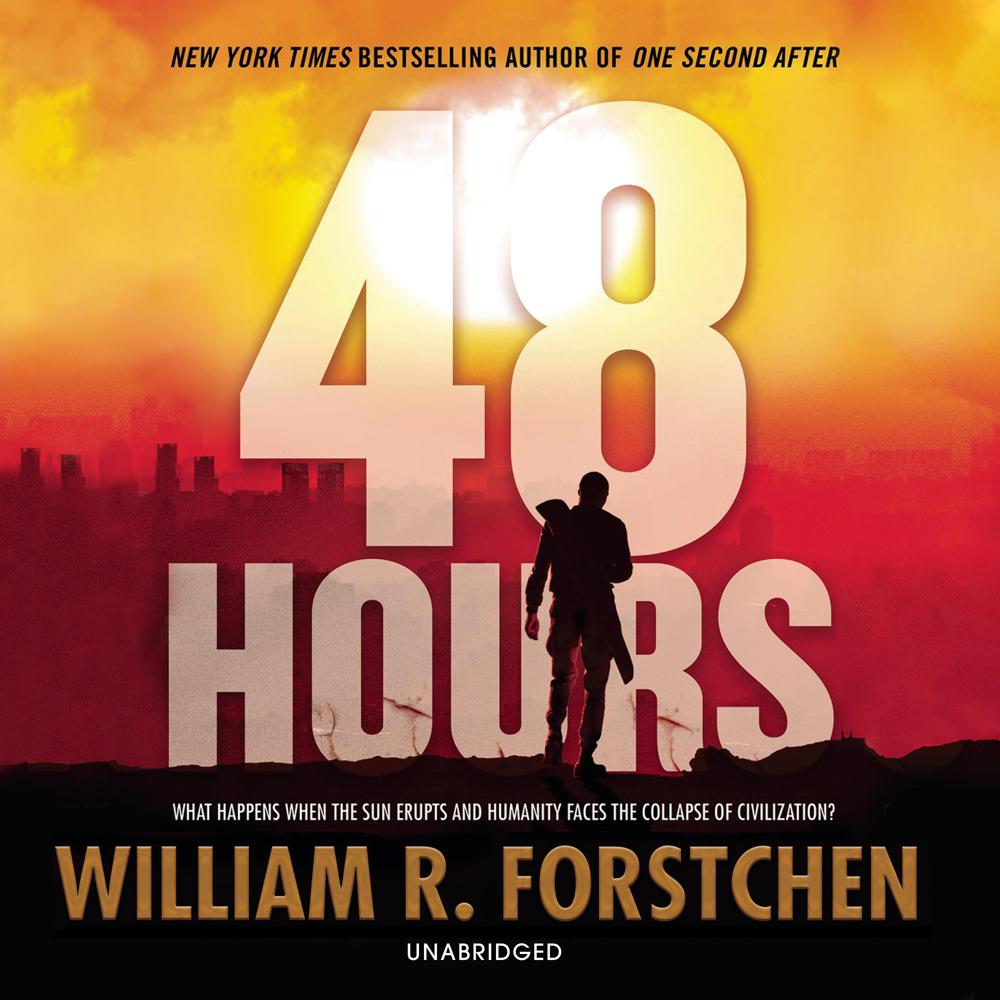 From the New York Times bestselling author of the smash hit One Second After series comes 48 Hours, a nail-biting and prescient thriller about a solar storm with the power to destroy the world’s electrical infrastructure.

In forty-eight hours, the earth will be hit by a coronal mass ejection (CME) from the sun, a “Carrington Event” that has the power to shut down and possibly destroy the world’s electrical infrastructure. To try and prevent permanent damage, everything goes dark prior to the hit: global communications are shut down; hospital emergency generators are disconnected; the entire internet, media broadcasting, and cell phone systems are turned off.

Will the world’s population successfully defend itself in the wake of the CME, or will mass panic lead to the breakdown of society as we know it?

William R. Forstchen is at his best in 48 Hours, a tale of the resilience of American citizens when faced with a crisis.

“48 Hours is a story that should be read by all—not just as a riveting piece of fiction but also as a cautionary tale of humanity at the edge.”

“When you’re done with this one, you’re going to ask yourself: Is this possible? Can it really happen? Here’s the scary part. Not only can it happen, it already has, only this time it’s going to be far, far worse. A surreal treat.”

"[Forstchen’s] best book to date…Fans of apocalyptic thrillers such as the movie Deep Impact will be engrossed.”

“The reader will race through this stunning, electrifying novel all the way to its final, shocking conclusion and come back begging for more. I’m definitely hoping for a sequel.”