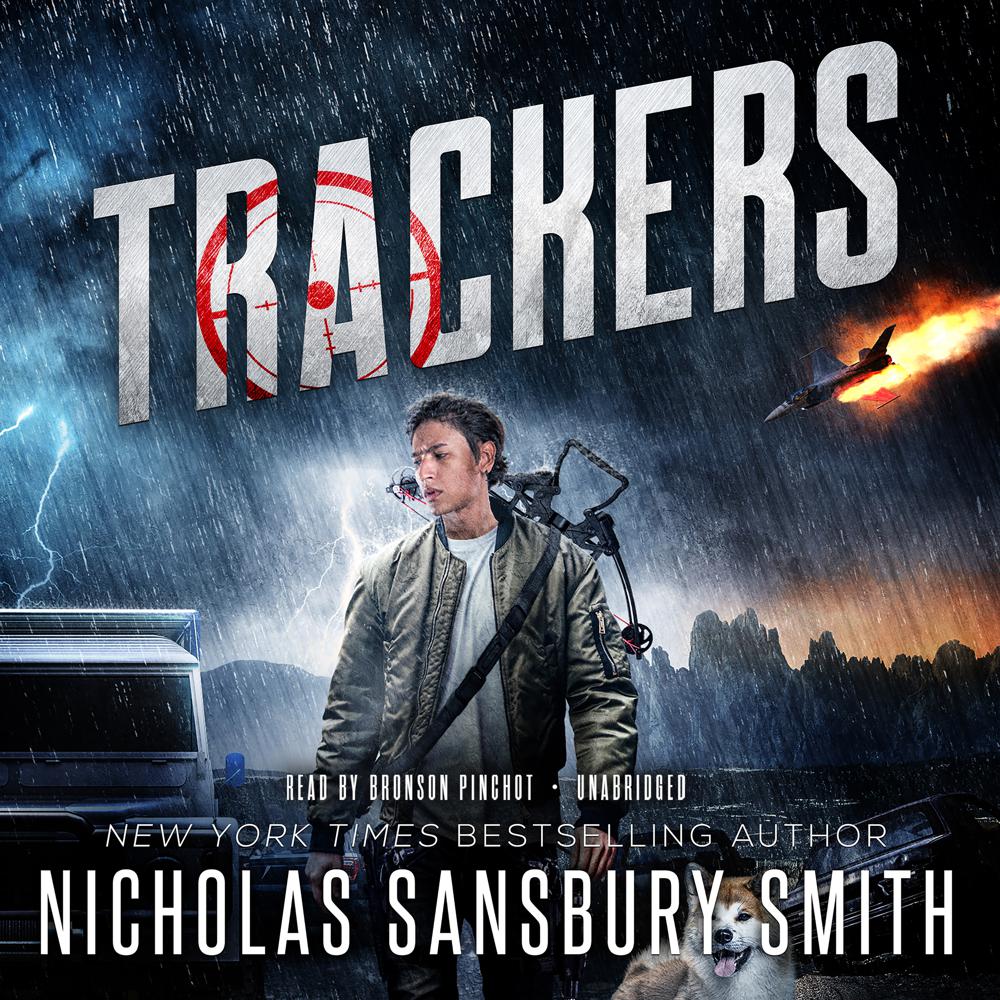 No power. No rules. No help coming.

Estes Park Police Chief Marcus Colton and tracker Sam ‘Raven’ Spears have never liked one another, but when a young girl goes missing in Rocky Mountain National Park, Colton hires Spears to help find her. Their search ends after a night of catastrophic events. When word reaches Estes Park that the nation has been hit by a coordinated electromagnetic pulse attack, Colton and Spears are forced to work together again. But they quickly realize they aren’t just tracking a killer—they are tracking a madman during the middle of a war on American soil.

Halfway across the country, Senator Charlize Montgomery awakes to find the nation’s capital has gone dark. Forced to set off on foot, she treks across a city that has woken to a new world, and as the night progresses, she learns the EMP attack was just the beginning of the horror.

The explosive Trackers series is a harrowing story of survival and a realistic depiction of what an EMP attack and the aftermath might look like from former Homeland Security Disaster Mitigation Officer and New York Times bestselling author Nicholas Sansbury Smith. Packed full of action, survival tips, and a unique twist on the EMP genre, the Trackers series has thrilled hundreds of thousands of readers across the world.

“An action-packed riff on the EMP apocalypse, but one that gut-punches full-scale war and great characters…The first book in a new adventure that seems set to grow in scale and excitement!”

“A high-altitude nuclear EMP strike remains one of the least understood, most devastating threats facing industrialized society. It would benefit every American to read this book if for no other reason than to understand how this asymmetric attack could cripple the world’s greatest superpower.”

“Smith is a master world builder, who takes the familiar and makes it seem new, fresh, and exciting. It’s wonderful blend of military sci-fi, political intrigue, and dystopian fiction.”