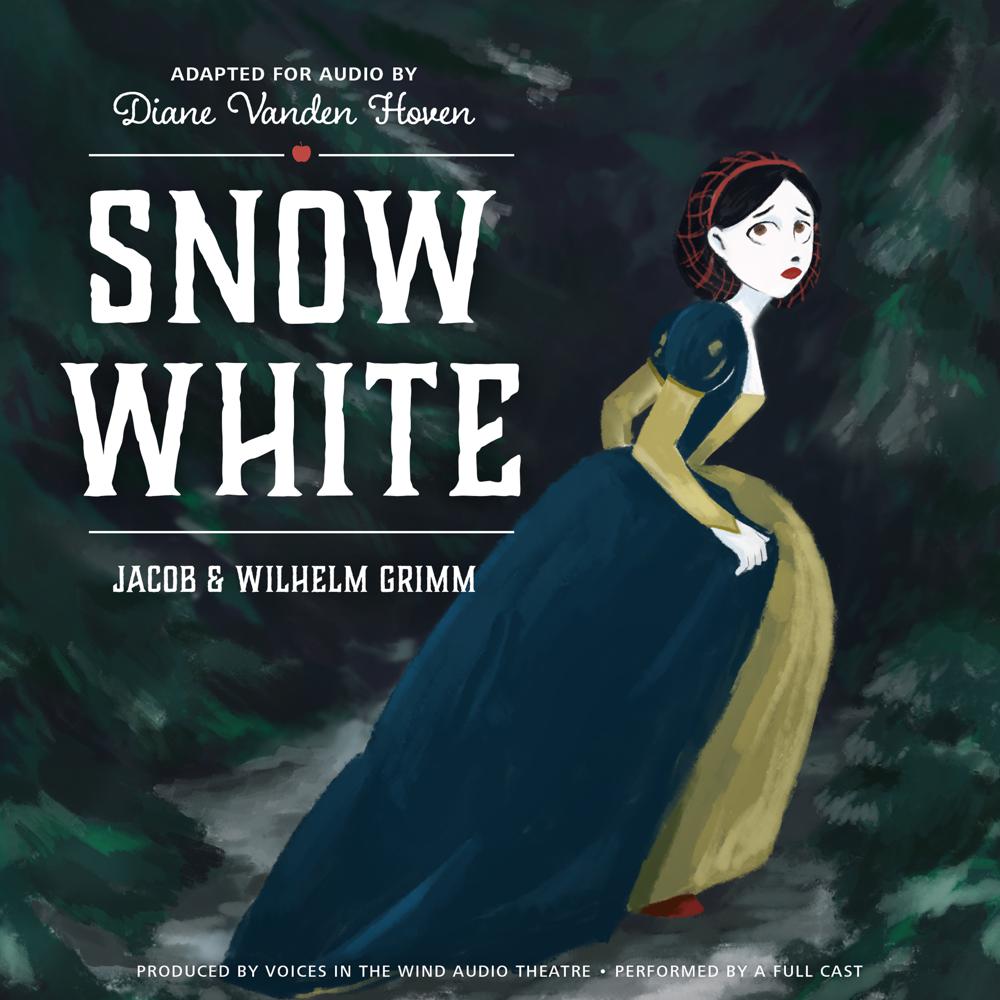 By Jacob and Wilhelm Grimm

In this classic tale of good and evil, Snow White is pursued by a revengeful Queen who is jealous of her natural beauty and goodness. Undeterred, the Queen learns of Snow White’s hiding place with the Dwarfs in the woods and prepares a plan to poison her with an apple.

Featuring Georgia Lee Schultz (Alice In Wonderland) as Snow White and Mary Ellen Herder as The Evil Queen. This dramatized version features a full cast of characters, music and sound effects. Join Snow White as she journeys into the world of The Evil Queen, Udo the Huntsman, the Magic Mirror, the Prince, Deidre the Dove, Albrecht the Owl and the deep dark woods.

Performed by a Full Cast

Voices In The Wind Audio Theatre

“A resplendent narration and enchanting sound effects make this edition of Grimm’s 1812 fairy tale quite irresistible. Georgia Lee Schultz’s warm voice is ideal for the portrayal of Snow White, particularly when she talks to her birds. Most impressive is Mary Ellen Herder’s Evil Queen; her harsh voice and disturbing cackle are spot-on. First-rate sound effects add atmosphere.”

“It’s a charming take on the classic fairy tale that, while not typically considered a holiday story, showcases that kind of innocence and wonder we had as children, something we think of more often during the holidays.”

“Adapted from the classic Grimm fairy tale, this audio drama of “Snow White and the Seven Dwarves” follows the source material well, yet adds some new elements and characters that fans of the Disney film will find interesting and compelling. A sort of secret history of what really happened…comparisons aside, this truly has feel of a fairy tale…It’s perfect for kids and adults and for those awesome parents who want to introduce their children to audio drama at an early age. 5/5 stars.”