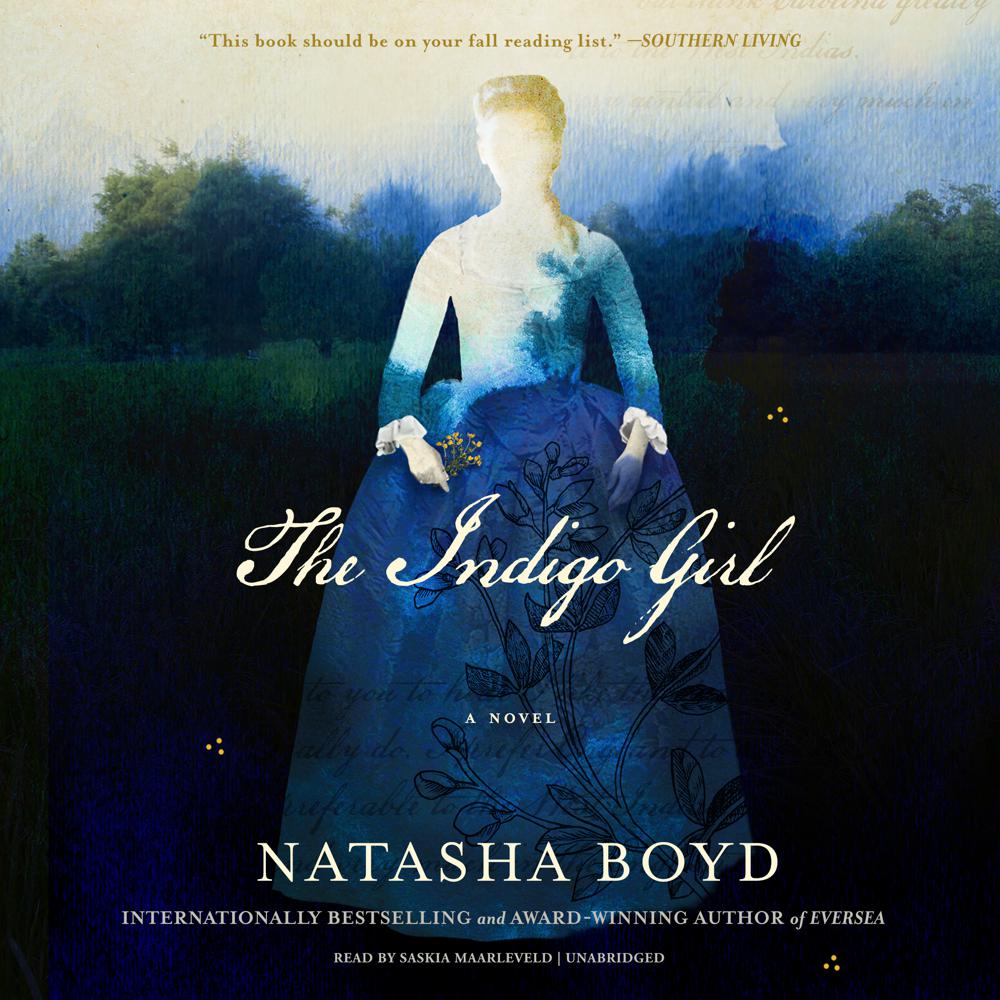 The year is 1739. Eliza Lucas is sixteen years old when her father leaves her in charge of their family’s three plantations in rural South Carolina and then proceeds to bleed the estates dry in pursuit of his military ambitions. Tensions with the British, and with the Spanish in Florida, just a short way down the coast, are rising, and slaves are starting to become restless. Her mother wants nothing more than for their South Carolina endeavor to fail so they can go back to England. Soon her family is in danger of losing everything.

Upon hearing how much the French pay for indigo dye, Eliza believes it’s the key to their salvation. But everyone tells her it’s impossible, and no one will share the secret to making it. Thwarted at nearly every turn, even by her own family, Eliza finds that her only allies are an aging horticulturalist, an older and married gentleman lawyer, and a slave with whom she strikes a dangerous deal: teach her the intricate thousand-year-old secret process of making indigo dye and in return—against the laws of the day—she will teach the slaves to read.

So begins an incredible story of love, dangerous and hidden friendships, ambition, betrayal, and sacrifice.

Based on historical documents, including Eliza’s letters, this is a historical fiction account of how a teenage girl produced indigo dye, which became one of the largest exports out of South Carolina, an export that laid the foundation for the incredible wealth of several Southern families who still live on today. Although largely overlooked by historians, the accomplishments of Eliza Lucas influenced the course of US history. When she passed away in 1793, President George Washington served as a pallbearer at her funeral.

This book is set between 1739 and 1744, with romance, intrigue, forbidden friendships, and political and financial threats weaving together to form the story of a remarkable young woman whose actions were before their time: the story of the indigo girl.

“If you love historical fiction, this book should be on your fall reading list….It is based on historical documents and the real-life Eliza Lucas.”

“Outstanding…An absolutely wonderful read that will even occasionally bring a tear to one’s eye. Recommended for anyone’s reading list.”

“Pinckney’s legacy as an entrepreneurial innovator and challenger of societal norms is brought vibrantly to life in Natasha Boyd’s historical novel…[and] breathes new life into an absorbing true account of one of South Carolina’s preeminent historical figures…We owe much to Natasha Boyd for this welcome opportunity to hear from Eliza once more.”

“The Indigo Girl is a perfect example of why I adore historical fiction. Natasha Boyd has really outdone herself with her latest novel. With completely immersive writing, she brings to life the story of an exceptional young woman.”

“A tale of incredible romance, intrigue, friendship, and sacrifice proving that, above all, we are all thread together in a complicated, yet beautiful human tapestry.”

“Eliza is an admirable and interesting character, faith-filled and courageous. She becomes even more flesh-and-blood-real because Boyd includes actual excerpts from her writing.”

“Boyd paints a vivid portrait of a young woman entrepreneur’s defiant and revolutionary spirit…A riveting narrative about a woman who defied convention to become one of the country’s first women entrepreneurs.”

“Boyd excels in her descriptions of coastal South Carolina and its climate, in the intricacies of eighteenth-century colonial society and in her strong characters. Her information regarding indigo production adds interest to the narrative. Eliza is an engaging heroine, both compelling and realistic… This is a solidly researched and well-crafted story.”

“Maarleveld characterizes Eliza so well that listeners will feel they know her, and understand her complex emotions and struggles to succeed in a man’s world. Her excellent reading enlivens a large cast…Pacing is spot on.”

“Saskia Maarleveld reads with a touching sincerity that brings Eliza to life….Recommended for libraries wishing to enrich their historical fiction collections by including a story about a notable colonial woman.”

“Without preaching or judging, the narrative integrates the politics of gender inequality, race, and class into Eliza’s quest for confidence and allies…Boyd’s first historical novel captivates on every level, refreshingly crafting the eighteenth-century world of real-life Eliza Lucas Pinckney.”

“An outstanding example of historical fiction…Through Eliza’s strong internal voice and excerpts from actual letters, Boyd effortlessly brings this character to life. Readers will love discovering the amazing story of a virtually unknown girl who changed the course of history.”

“[An] excellent historical novel…Boyd has crafted a captivating novel of Southern colonial history.”

“This fictional account…unfolds through Saskia Maarleveld’s first-person narration…There are moments of girlishness that seep into Maarleveld’s tone when the main character reminisces about her childhood, but Eliza’s steadfast determination is conveyed clearly through Maarleveld’s emotional intonations. Fear, frustration, and excitement are believably depicted throughout the story…However, there’s also a romantic tone in Maarleveld’s voice that fully transports the listener to a different time and place.”

“The Indigo Girl is one of the best historical fiction books of 2017. I listened to The Indigo Girl on CD narrated by Saskia Maarleveld. It was brilliant! Saskia Maarleveld is a seasoned narrator…Her voice was made to read stories. She gives a voice to each character, making them stand out. I was so enraptured in the story, the minutes flew by…I absolutely recommend this on audio.”

“Natasha Boyd’s writing is a delight to read. Her beautifully written book The Indigo Girl draws attention to the accomplishments of one of my favorite women in colonial history.”

“A lively historical novel…Fans of historical fiction will enjoy this peek into Colonial life. The novel also works as a YA crossover and should be of interest to SC history teachers.”

“The Indigo Girl was such a great read/listen. I’m still in awe of that fact that this is a true story…Those of you who love history and historical fiction, you’re going to want to pick this one up. Definitely recommended.”

“This is a fascinating piece of historical fiction…The narrator offers a wonderful interpretation of the character: smart and mature beyond her years—but still a teen—dumped with a ton of responsibility but without the authority of a man in a man’s world. She gives the character a lot of nuance: cultured and educated, a little prissy, innocent and then angry as her innocence is stripped away by betrayal and slavery’s worst secrets.”