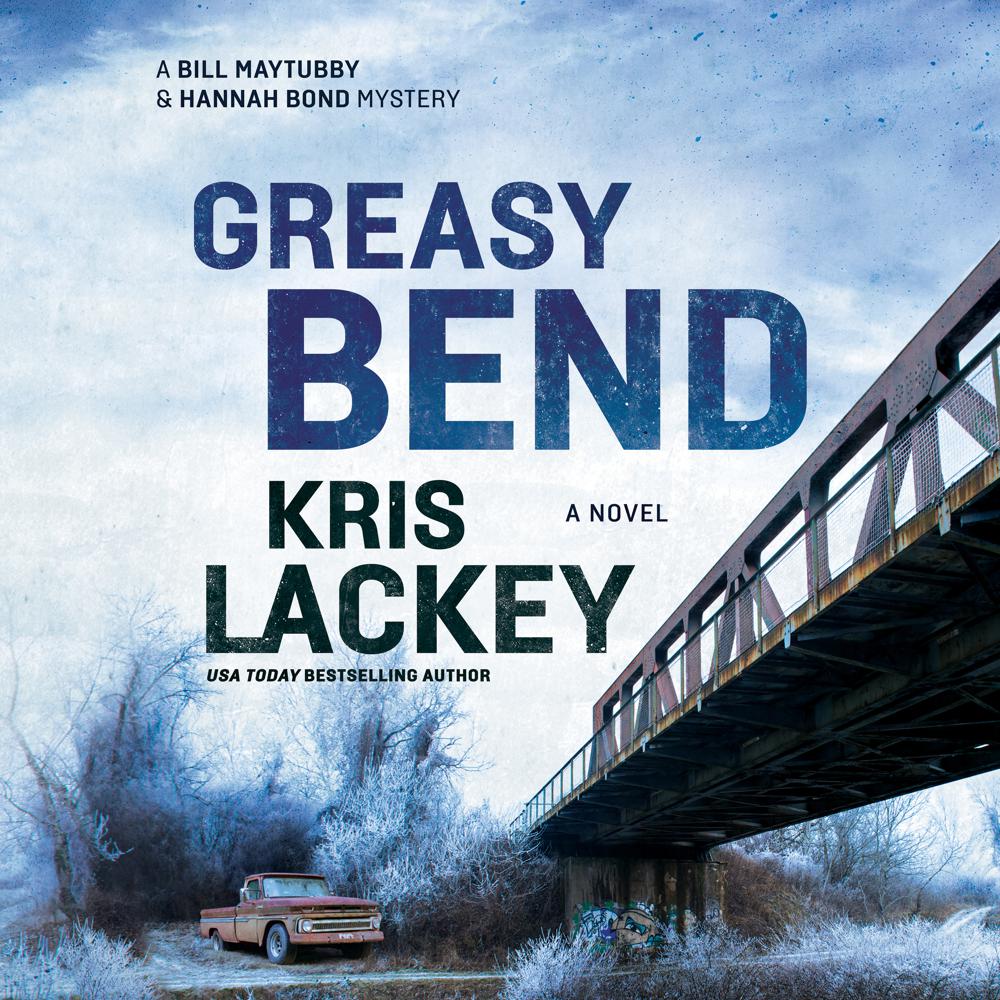 The trail leads through the quarry-scarred Oklahoma badlands to a remote airstrip and a planeload of drugs and untraceable automatic weapons. Also somehow connected are a shady coin-op vending company; a neo-Nazi compound outside Paris, Texas; and a headless janitor in a train-mangled van. As the net tightens, the smugglers get wind of their pursuers and converge on Maytubby and Bond at Greasy Bend Bridge.

“Kris Lackey’s latest is razor sharp and beautifully renders its Oklahoma setting, the rugged contours of the Chickasaw Nation few ever get to see. Tribal detective Bill Maytubby and county deputy Hannah Bond are wonderful characters, tenacious and savvy investigators who are easy to root for and hard to forget, a pair I can’t wait to follow into the hills again.”

“An excellent action-filled mystery with wonderful characters and a well-depicted setting.”

“There’s plenty of action…Plus, there’s an abundance of good writing…The best news of all is that Maytubby is as wacky as ever, chomping health food while he tracks the killers. This series is a sleeper, well deserving of a larger readership.”

“Greasy Bend…brings an interesting law enforcement agency overlap to the Oklahoma badlands setting where seemingly unlinked deaths lead to much more. There is not one extra word in this spare, satisfying follow-up to the fine 2017 debut, Nail’s Crossing. Okay, some series don’t release a new novel every year; Lackey is worth the wait.”

“Mesmerizing. Kris Lackey’s prose is a siren song that worms its way into your soul. This story hooks you in the first chapter and never lets you go. Prepare to be up late reading—and loving every minute of it.”