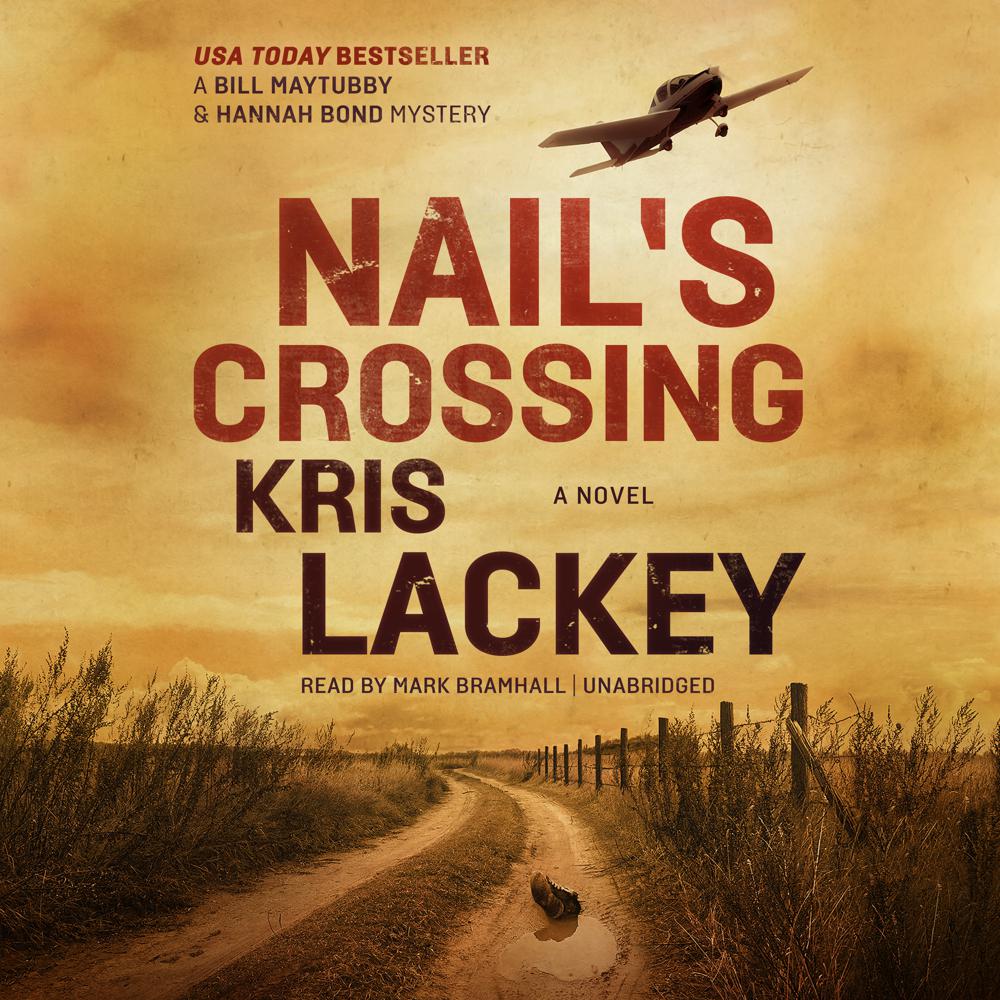 This debut mystery from a fresh voice in Southwestern fiction stakes out the common ground between Tony Hillerman, Elmore Leonard, and Cormac McCarthy.

In a remote corner of the Chickasaw Nation, tribal Lighthorse policeman Bill Maytubby and county deputy Hannah Bond discover the buzzard-ravaged body of Majesty Tate, a young drifter with a blank past. They comb Oklahoma’s rock prairie, river bottoms, and hard-bitten small towns for traces of her last days.

Tate was seen dancing with Austin Love, a violent local meth dealer fresh out of prison. An Oklahoma City motel clerk connects her with an aspiring politician. An oil-patch roustabout and a shady itinerant preacher provide dubious leads. Ne’er-do-wells start dying off.

A fluke lead propels Maytubby deep into Louisiana’s bayou country, where a Cajun shrimper puts him on the scent of a bizarre conspiracy. He and Bond reunite in the Chickasaw Nation for the eventual face-off at Nail’s Crossing.

“Kris Lackey brings to vivid life a unique and fascinating part of the country. With two appealing main characters and a sinuously intriguing plot, Nail’s Crossing marks a terrific debut.”

“Aside from being a top-notch mystery novel, Nail’s Crossing describes the region of south-central Oklahoma, including the Chickasaw Nation, as few Oklahoma-based writings have ever done. This is a novel in which the reader really feels where he or she is taken. And the whodunit part of it is exceptional as well.”

“With his thrilling, heartfelt debut, Lackey accomplishes a rare feat in contemporary crime fiction…he takes us someplace new, bringing to vivid life the dusty plains of Oklahoma and the tough folks who live there. His Maytubby and Bond are witty and well-matched— the perfect guides through the dry and dark places where Lackey’s exciting story unwinds like a rattlesnake.”

“A captivating look at a little-known corner of rural Oklahoma burning up in a drought, rife with drug problems, yet peopled by tenacious, idiosyncratic characters you can’t help rooting for.”

“Nail’s Crossing is that rare hybrid of mystery novels: gritty and artful, compelling and beautifully crafted. These characters are tough, flawed, and oh-so human, and they move through a part of the world rarely seen or described in such fetching detail. Kris Lackey has landed squarely in a category all his own. I cannot wait for the next in the series.”

“You’ll want to make a sandwich before you start this book, but don’t wear your good shirt because while chasing down criminals, Bill Maytubby, a vegetarian, music-loving, poetry-reading, vintage truck–driving detective takes us across the arid plains of the Chickasaw Nation in Oklahoma, over into Arkansas and Texas and then down into the swamps of Cajun Louisiana, going deep into the compelling landscapes of tiny towns, and while he’s got you trying to connect the dots, Maytubby is likely to say something food-spitting funny. A visually delicious read.”

“Well written and imaginative, the novel features a pair of strong leads…and a plot that covers a lot of ground, thematically and geographically. Reader Bramhall does a fine job with the characters’ voices, distinguishing Bill and Hannah from each other by verbal mannerisms and tone of voice…His reading is steadily paced throughout, suiting this story, which builds its own suspense at a steady pace. For fans of mystery on audio, this is a nice introduction to a new writer.”

“An intriguing procedural with humorous characters that balance out the noir-ish plot.”