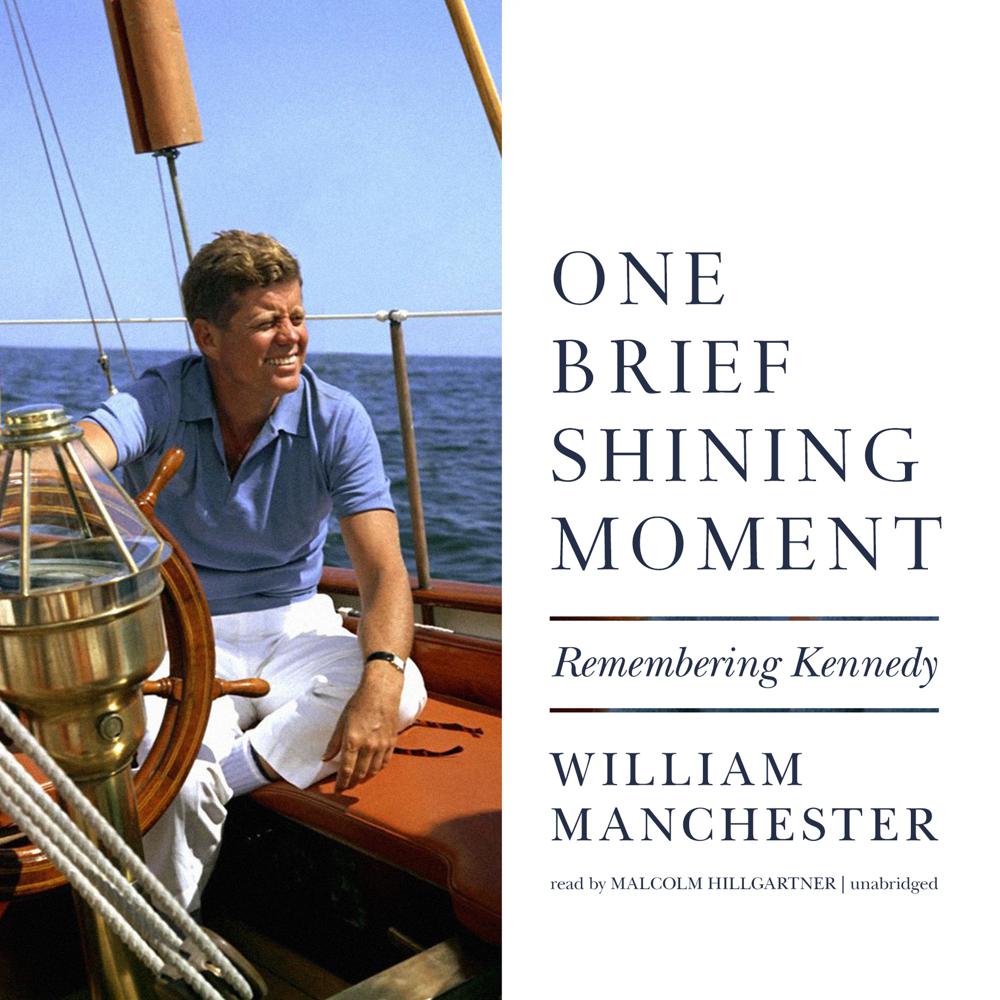 William Manchester was friends with John F. Kennedy for two decades before the President’s assassination. In this work, the bestselling author of Portrait of a President and The Death of a President puts aside the tragedy of JFK’s death to celebrate the brightness of his life.

Manchester recalls in intimate detail everything from family gatherings at Hyannis Port, to grueling campaign trips, and quiet evenings alone with the President in the White House family quarters. The resulting portrait provides listeners with myriad anecdotes and insights into a life of a man that bristled with vigor, competitiveness, and an unflagging drive for excellence, and shone with elegance, intelligence, and compassion.

The book was important when it was first published, but now fills a new role as an antidote to the wave of political disillusionment in America.

“One Brief Shining Moment is not about mourning Kennedy’s death, but rather celebrating his life, and is filled with vivid details about family gatherings, arduous campaign trips, quiet evenings and a cornucopia of anecdotes about one of America’s most beloved and memorable presidents. Poignant, enlightening, and ultimately joyful, One Brief Shining Moment is highly recommended.”