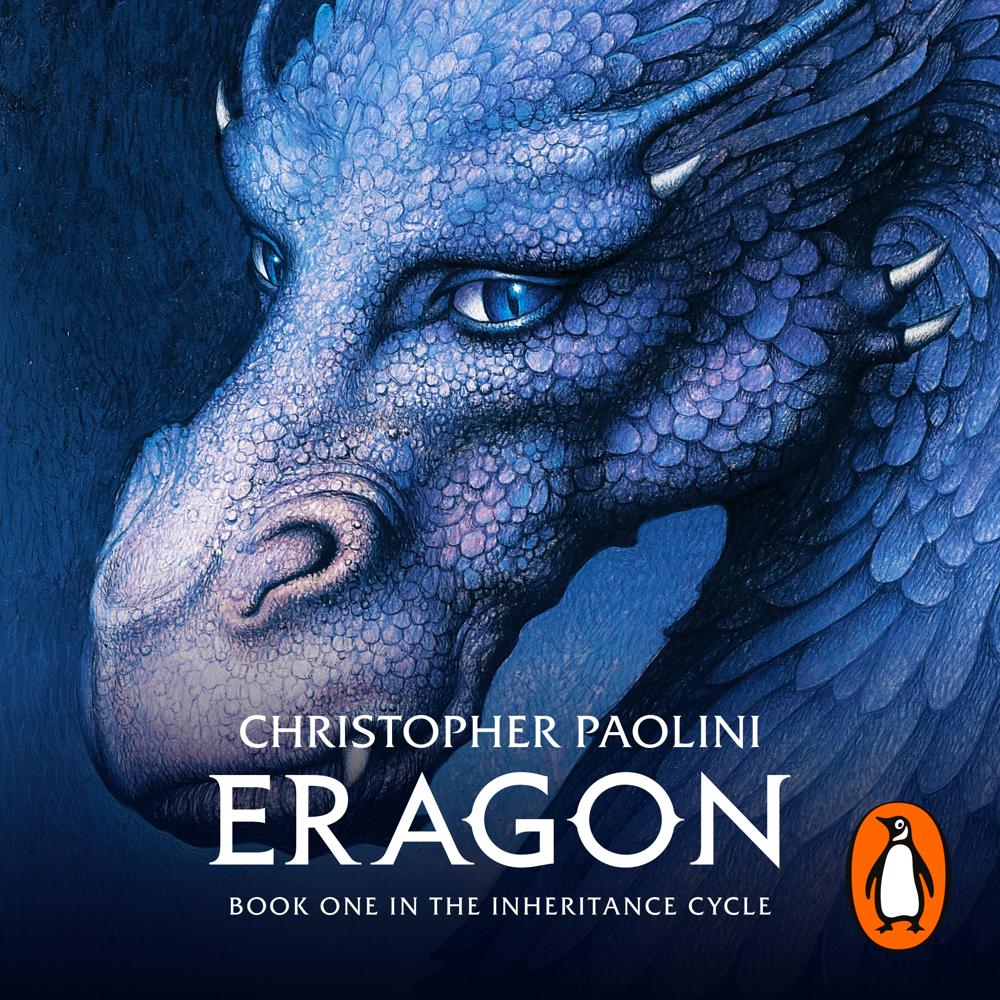 Gerrard Shale's reading turns this magnificent adventure into a thrilling audiobook for fans of all ages.

When Eragon finds a polished stone in the forest, he thinks it is the lucky discovery of a poor farm boy; perhaps it will buy his family meat for the winter. But when the stone brings a dragon hatchling, Eragon soon realizes he has stumbled upon a legacy nearly as old as the Empire itself.
Overnight his simple life is shattered and he is thrust into a perilous new world of destiny, magic and power. With only an ancient sword and the advice of an old storyteller for guidance, Eragon and the fledgling dragon must navigate the dangerous terrain and dark enemies of an Empire ruled by a king whose evil knows no bounds. Can Eragon take up the mantle of the legendary Dragon Riders? The fate of the Empire may rest in his hands...

Christopher has created a complex and fascinating world in this first book of his Eragon trilogy . . . Filled with history, ancient tales, magic, magical creatures, and with a superbly crafted story "Eragon" is sure to delight many lovers of fantasy tales

A compelling and action-filled adventure . . . A galloping good example of its genre

This book is an achievement. Readers will be transported

A stirring fantasy of epic proportions