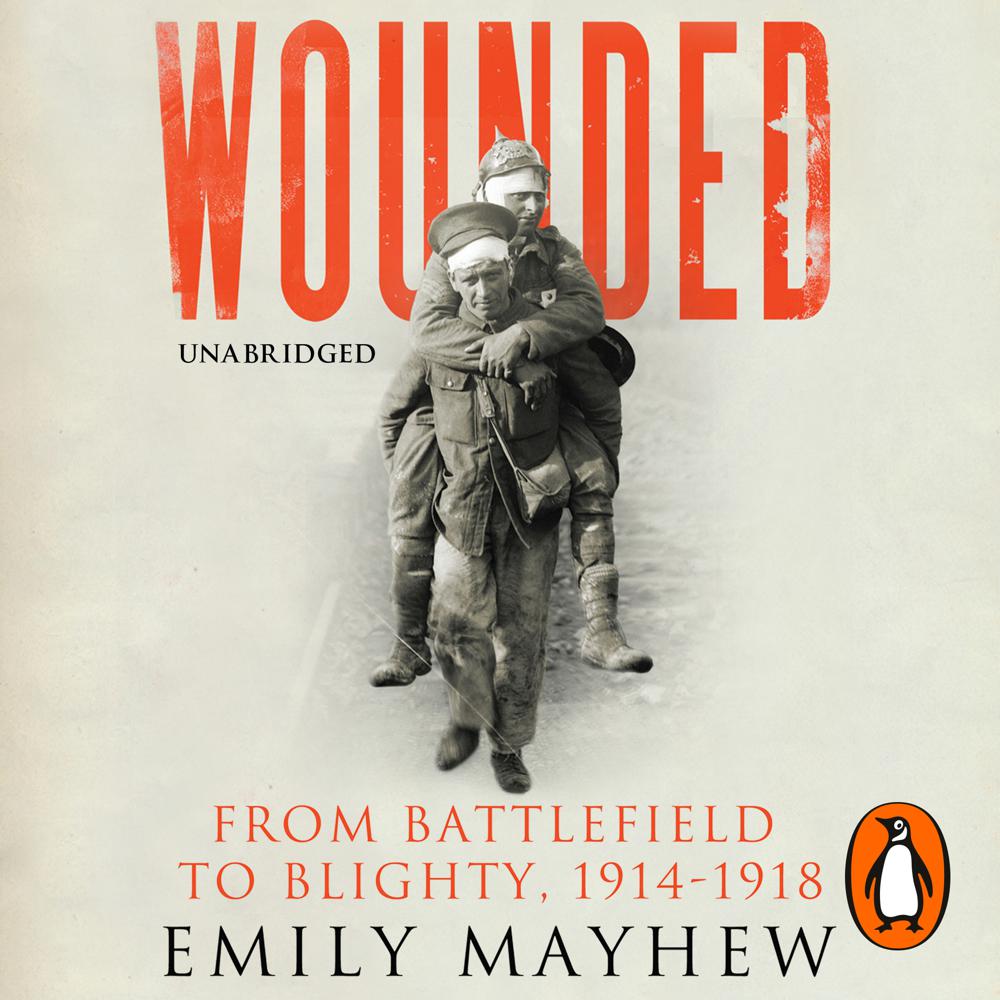 Wounded traces the journey made by a casualty from the battlefield to a hospital in Britain. It is a story told through the testimony of those who cared for him – stretcher bearers and medical officers, surgeons and chaplains, orderlies and nurses – from the aid post in the trenches to the casualty clearing station and the ambulance train back to Blighty.

We feel the calloused hands of the stretcher-bearers; we see the bloody dressings and bandages; we smell the nauseating gangrene and, at London’s stations, the gas clinging to the uniforms of the men arriving home. There are the unspeakable injuries: the officer with a hole in his torso so big the doctor can see the sky beyond him; a man with no legs holding a hymnbook for a man with no arms. Together, the experiences in Wounded encapsulate what it was to fight, live and die for four long years at the Western Front.

The first comprehensive account of medical care at the Western Front, Wounded is a homage to the courageous and determined men and women who saved hundreds of thousands of lives.

An original and absorbing account... [Mayhew] has a marvellous eye for quirky and horrifying detail... Absolutely compelling

Wounded is a powerful and descriptive read, and through it I found a greater understanding of what it was to be part of that war

Mayhew deftly describes such daily horrors as shattered jaws and severed arteries, filthy uniforms and decay. What takes the book beyond the standard accounts of the trenches, however, is its depiction of how such terrible circumstances forced people to respond in remarkable ways

Powerful… Does justice to the experience of the wounded and the dedication of the doctors, nurses, orderlies, stretcher bearers and volunteers who cared for them, by weaving together the testimonies of individuals into a moving history