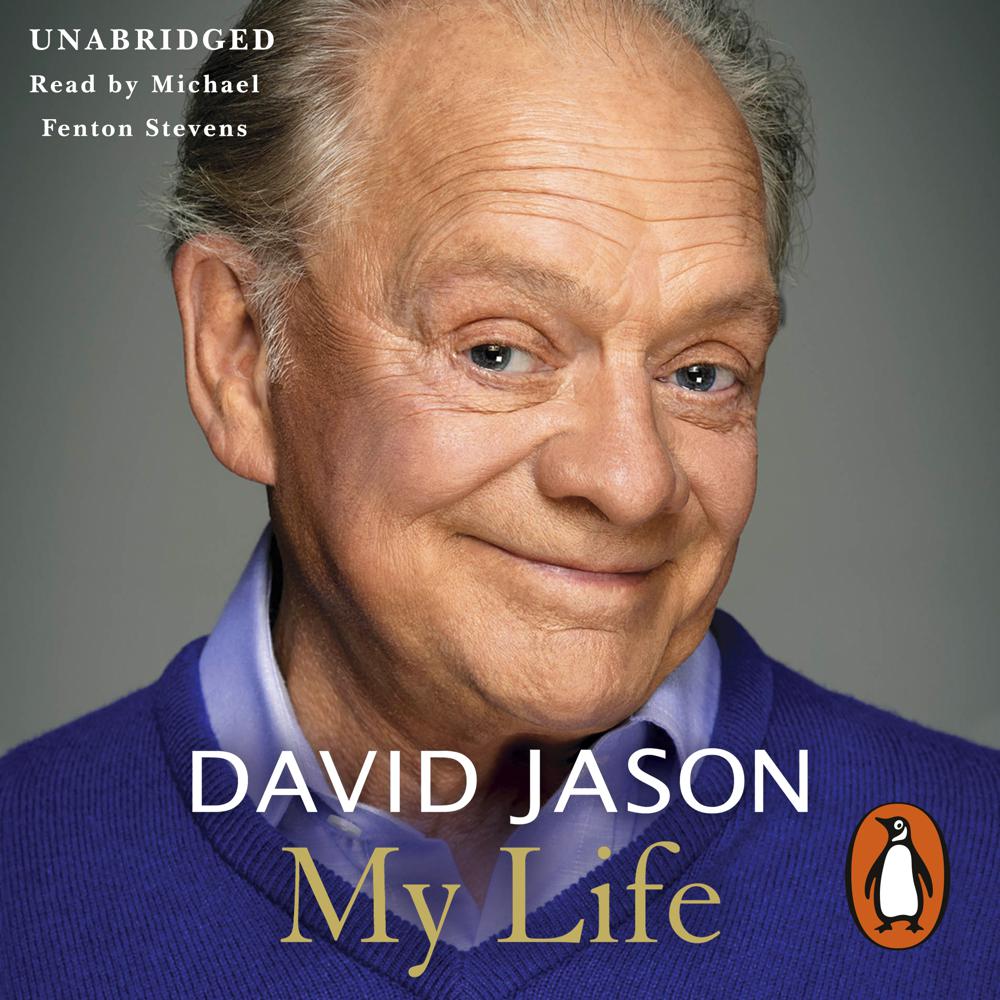 David Jason: My Life, now available as an unabridged audiobook.

Born the son of a Billingsgate market porter at the height of the Second World War, David Jason spent his early life dodging bombs and bullies, both with impish good timing. Giving up on an unloved career as an electrician, he turned his attention to acting and soon, through a natural talent for making people laugh, found himself working with the leading lights of British comedy in the 1960s and '70s: Eric Idle, Michael Palin, Bob Monkhouse and Ronnie Barker. Barker would become a mentor to David, leading to hugely successful stints in Porridge and Open All Hours.

It wasn’t until 1981, kitted out with a sheepskin jacket, a flat cap, and a clapped-out Reliant Regal, that David found the part that would capture the nation’s hearts: the beloved Derek ‘Del Boy’ Trotter in Only Fools and Horses. Never a one-trick pony, he had an award-winning spell as TV’s favourite detective Jack Frost, took a country jaunt as Pop Larkin in the Darling Buds of May, and even voiced a crime-fighting cartoon rodent in the much-loved children’s show Danger Mouse.

But life hasn't all been so easy: from missing out on a key role in Dad’s Army to nearly drowning in a freak diving accident, David has had his fair share of ups and downs, and has lost some of his nearest and dearest along the way.

David’s is a touching, funny and warm-hearted story, which charts the course of his incredible five decades at the top of the entertainment business. He's been a shopkeeper and a detective inspector, a crime-fighter and a market trader, and he ain't finished yet. As Del Boy would say, it's all cushty.

The introduction to the David Jason audiobook is narrated by David himself.

It's a romp of a chronicle, a life according to Del Boy, the ultimate cheeky chappy.

The book is terrific.

Jason's account of his 'busy and fulfilling life' is as genuinely genial as the man himself ... his hugely likeable memoirs reveal he's had the last laugh.

How the son of a market porter gave up a career as an electrician to become one of Britain's most successful and best loved actors ... the long awaited story...